A photo of Aamir Khan.

Enough has been said about and reacted to Aamir Khan's comments on rising intolerance in India made at the Ramnath Goenka Excellence in Journalism Awards on November 23. So much so that the actor had to issue an official statement clarifying what he said and how it was misinterpreted, while categorically stating that he stands for everything that he had said during the interview.

But before Khan came up with a seemingly perfect retort to the backlash, many, including several celebrities and politicians, had already launched scathing attacks on the actor. So far that his comments were said to be polarising the nation, and his candid expressions were considered by many as an act of treason. 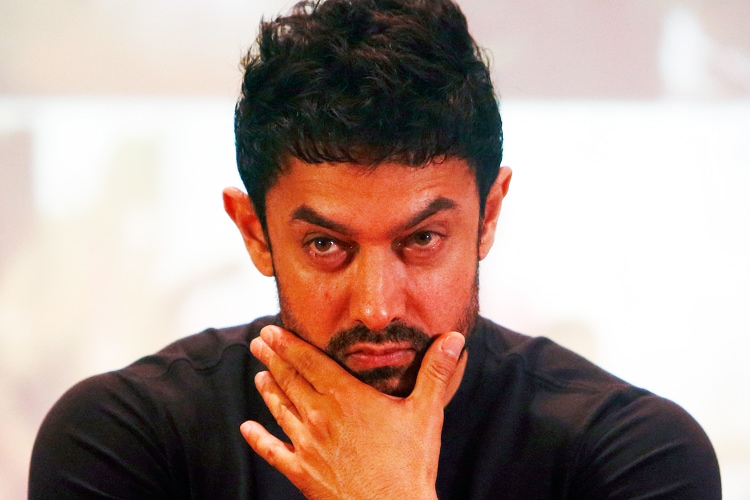 Soon after reports came in that Khan had also jumped onto the anti-intolerance bandwagon, a plethora of reactions poured in from people including members from its own fraternity, right-wing groups, overzealous Facebook users, and hyperactive Twitterati, suggesting the actor was anti-national and advising him countries he (along with his wife) could mull over moving to. While a section of the society stood for the actor, but they appeared to have been overshadowed by the anti-Aamir brigade.

Now when the actor has issued a statement and the situation isn't as heated as it was previously, I collect my thoughts to pen my reactions to the reactions to Aamir Khan's remarks.

1. Sadly, Khan was criticised and mocked for what he didn't even say. His comment was misconstrued and taken out of context.

While many took to Facebook and Twitter to vent their anger as the news broke reporting (or, perhaps mis-reporting), that Khan and his wife Kiran Rao desired to leave the country, I wonder how many of those up in arms against the “comments” actually bothered to look for the full interview that featured Khan in conversation with Anant Goenka. With the Internet is in our easy reach, it wouldn't have taken our arm-chair protesters very long to search for it and listen to what he spoke.
-


Here's what he actually said:

"In the last six to eight months, there has been a growing sense of despondency, I would say. Kiran (wife Kiran Rao) and I have lived all our lives in India. When I sit at home and talk to Kiran, for the first time she said, 'Should we move out of India?' Now that's a disastrous and a very big statement for Kiran to make to me."

She fears for her child, fears for what the atmosphere around us will be. She feels scared to open the newspapers everyday. So that does indicate that there is a sense of growing disquiet, there is this sense of growing despondency apart from alarm. You feel why this is happening, you feel low. That sense does exist in me," said 50-year-old Aamir.

He, not even for once said, that he or his wife wanted to leave the country. But what he actually expressed was the fear that had been gripping his wife's mind for quite some months. We all have fears and insecurities and how expressing them or sharing them with others make us wrong in any way?

Further, he said that even that the thought of moving out of the country appeared to him as a "disastrous" statement.

Nevertheless, who doesn't think of possibilities to keep himself safe and offer his family a safe and protected environment? Don't you?

And if there is a feeling of discomfort and a growing despondency, there must be some uncomfortable things happening around.

While the actor didn't express his desire to leave the country, what if he had actually said so? Even legally, he is free to do so.

Ironically, the controversy happened around something that wasn't even said.

2. The actor was said to be shaming the nation internationally. However it was the reaction to his statements that attracted more attention and also got the international media interested.

4. Amidst the entire controversy, Aamir's movie PK was dragged by many including actor Paresh Rawal, who himself has questioned the blind faith of people in godmen in a similar movie titled OMG: Oh My God!

Rawal said, "Intolerance! PK did rattle the belief of Hindus but Aamir dint face the wrath of Hindu or THE MAJORITY n but was super hit n made crores !"

Aamir, in fact, didn't denigrate or belittle the belief of Hindus in the movie; he just attempted to make viewers understand how godmen exploit beliefs. It was an effort to make people behave in a more sound and logical way when it comes to religion.

5. Filmmaker Ram Gopal Verma, in its attempt to portray India as a tolerant country, took a jibe at the three Khans of the B-town. In one of his similar tweets, he said, "In a predominantly Hindu country,if 3 Muslims can become the biggest iconic superstars that itself proves the majority aren't intolerant."

Right, much of India is not intolerant. But are the Khans becoming the biggest superstars is how one should define India’s tolerance?

Verma here appears to echo Anupam Kher’s opinions that as if the majority has done the actors a favour by letting them become superstars.

6. Perhaps the most amusing of all reactions was when people took to the Google Play store and started giving the Snapdeal (the brand that Aamir endorses) app poor rating and requested others to uninstall the app. It was stretching things a little too much. Also we cannot be sure about how many threatening to uninstall the Snapdeal app actually did so.

One thing that came out in the entire furore, going by what people had to say, is that there is, in fact, a lot of intolerance around.