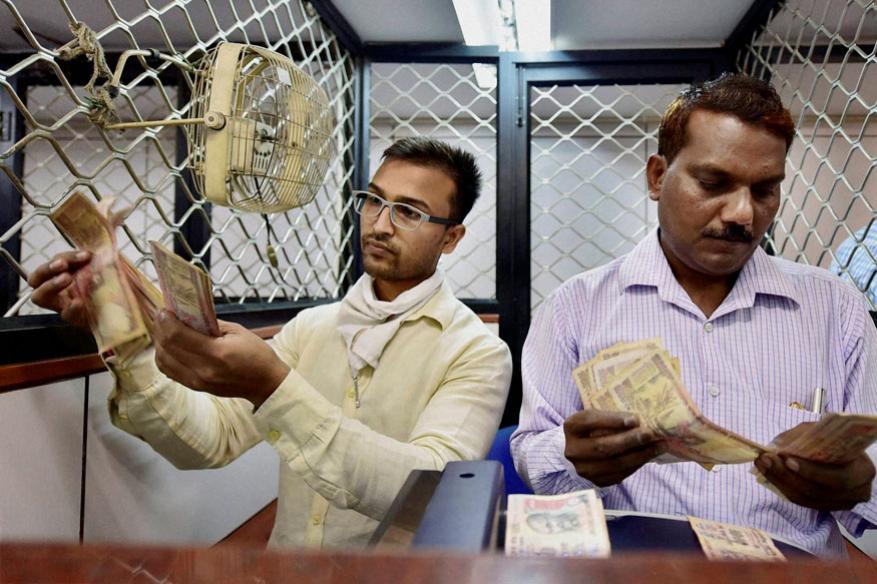 People exchange their old Rs 500 and 1000 notes at a SBI branch in New Delhi on Thursday. (Image: PTI)

Since 8th of November, the day Prime Minister Narendra Modi announced demonetization of Rs 500 and 1000 currency notes, social media has virtually erupted with all sorts of messages, jokes and suggestions.

All kinds of people are putting across their views – good, bad and ugly – some suggesting doomsday while others predict a transformed India.

In the maze of jokes one particularly caught my attention. Someone cited an uncanny similarity between the demonetization carried out in 1978 by then PM Morarji Desai and Modi. Desai was also a Gujarati and so is Modi. In the days of the license raj, even the RBI Governor was a Gujarati Patel (IG Patel), and today the post is occupied by a Patel who though born in Kenya has his roots in Chartotar, a small settlement in Gujarat. “In matters of money (here demonetization) if Gujaratis are involved decisions seldom fail!” quips a banker. Will it hold true this time?

As demonetization and its unpredictable consequences are yet to be gauged, economists are already warning of grave consequences of this abrupt decision, though right-wing brigade and a large number of bankers have welcomed the move, though with a word of caution.

So what is the truth? Will demonetization provide a “welfare shock” and jolt the economy, as many argue, and in the long run propel India several notch up the ladder of development. Will massive digitization, especially in financial and banking sector, (you won’t have cash in your pocket to bribe and a babu will dare not accept bribe through Paytm!, said one joke) weed out corruption from our daily lives? Will government’s mounting fiscal deficit go down drastically as more money flows into the banking system, eventually leading the banks to slash lending rates, leaving more disposable income in the hands of the people, pushing up the GDP?

This is what the government hopes to achieve. But is that possible?

Here are the views of some of the economists who have termed this decision fraught with disaster. In 1978, when demonetization took place and big currency notes of Rs 1000 to 10,000 were banned, the circulation of these notes was only 2% of the total currency. Today a large number of people (more than 86 %) hold Rs 500 to 1000 notes as in these three decades the value of rupee has gone down considerably.

“This means the government has sucked off 86% of the liquidity from the system,” says former RBI governor K C Chakarborty, “and consequences of it would be disastrous for the Indian economy. Unless the government brings in cash (liquidity ) back into the system with speed there is a fear that this may lead to a mini recession.”

But the question is why new currency notes are not getting back in the economy with the speed as they should? Firstly, the decision to demonetize currency came all of a sudden and was a surprise for even top banking leaders (who had to later implement and bear the consequences) who found out only through PM’s address to the nation on 8th Nov.

In a nation where over 50% of people do not yet have any bank accounts and India, especially rural India, the banking sector is faced with a mammoth task of giving cash back into the hands of the public as soon as possible. The task is not as easy as it sounds. India has only 2 lakh ATMs and not a single ATM was recalibrated for dispensing the new Rs 2000 and 500 rupee currency notes when the PM made his dramatic announcement.

Secondly, the printing of new currency notes started only in September 2016 as RBI needed the signature of the new governor Urjit Patel to be printed on the new notes. Before demonetization, total currency in circulation was roughly 17 lakh crores out of which 45% were Rs 500 notes and 39% were Rs 1000 notes. Only 16% was in the rest of the currency, including currency notes and coins. To make matters worse, the government decided to circulate Rs 2000 rupees notes before the new Rs 500.

“This was a big mistake,” says Sanjaya Baru, media advisor to former PM Manmohan Singh. “What this meant was that people who got Rs 2000 notes could not find any takers as people did not have that any change.”

Now the question is whether the four printing presses are capable of printing currency at the desired volume and supply banknotes back into the system.

The four printing presses which supply currency are in Nasik in Maharashtra, Mysore in Karnataka, Dewas in Madhya Pradesh and Salboni in West Bengal.

The printing presses, thus, face a gigantic task of printing 19.3 billion currency notes (assuming half the quantity of Rs 2000 notes as compared to Rs 1000 notes).

Notwithstanding the claims of Finance Minister Arun Jaitley and Prime Minister Narendra Modi calling it a short-term pain, the fact remains the task if far from easy. Going by the printing capacity of the three printing presses it looks unlikely that news bank notes would come back into the system in desired time frame. As top banker Meera Sanyal says, “To re-monetize the economy, some 20 billion (2000 crores) notes (of Rs 500 and Rs 2000) have to be brought back into the economy and at this rate it could take 2 to 3 years to print these notes!”

No surprise, In Uttar Pradesh which is going to polls and where Modi has high stakes, figures released by the RBI are shocking. Even after 12 days of Modi announcing demonetization, against Rs 7 lakh crore deposited in over ten lakh bank accounts in UP, the cash disbursement post demonetization is only Rs 8000 crore – this means each person holding a bank account in UP has managed to got only Rs 800 cash so far.

But this unprecedented demonetization exercise is not just throwing mind-boggling economic figures. “What we are seeing now in form of long queues at banks and ATMs is only the first order effect, the second order effect is yet to come,” warns former finance minister P Chidambaram. Money drying at the supply side of the economy could mean severe food scarcity, famine and massive job loss which can be only imagined.

Needless to say, the entire exercise has left extreme distress in the economy and so far more than 55 people in India (when the blog was written) have died directly or indirectly due to ill-effects of demonetization. These include 13 bankers who have lost their lives due to extreme stress.

A debt-ridden farmer in Telangana wanted to sell his land to meet his financial needs but the buyer called off the deal at the last moment fearing crash in property prices; poor farmer had no choice but to commit suicide. In the national capital Delhi, a boy stood in the ATM line outside a bank for two consecutive days but did not get cash. The next day his family found his suicide note. In Nanded, Maharashtra, a 70-year-old man standing in a queue outside a bank died due to heart attack after hours of waiting in the queue. IN UP’s Bulandshahr, son of a BSF officer could be bear the stress of not getting smaller denomination notes and gave his life. The list goes on.

In many parts of the country, demonetization has caused serious law and order problems . Villagers in UP who wanted to change old notes lost their patience and pelted stones at the bank employees. In Varanasi, cash ran out at a SBI bank branch and miffed public vandalized the bank branch.

But the Modi government seems to have already shot the arrow and it is something which the government cannot roll back. Understandably, BJP has gone on the offensive against those who are questioning this move. In his rallies in UP, the PM has been explaining at length how demonetization has been aimed at those who have black-money and government would protect the common man. The party is trying to brand those opposing demonetization as “anti-nationalists”.

But mere words from the government cannot help now. The government must not only ensure that cash reaches faster in the hands of the people but also announce some relief measures like cutting fuel prices by Rs 5 to 6 to immediately provide relief. Bankers also expect a rate cut of 50 basis points when RBI announces its monitory policy in December. The budget in February should also see some relief measures on the taxation front by the government.
First Published: November 22, 2016, 3:16 PM IST