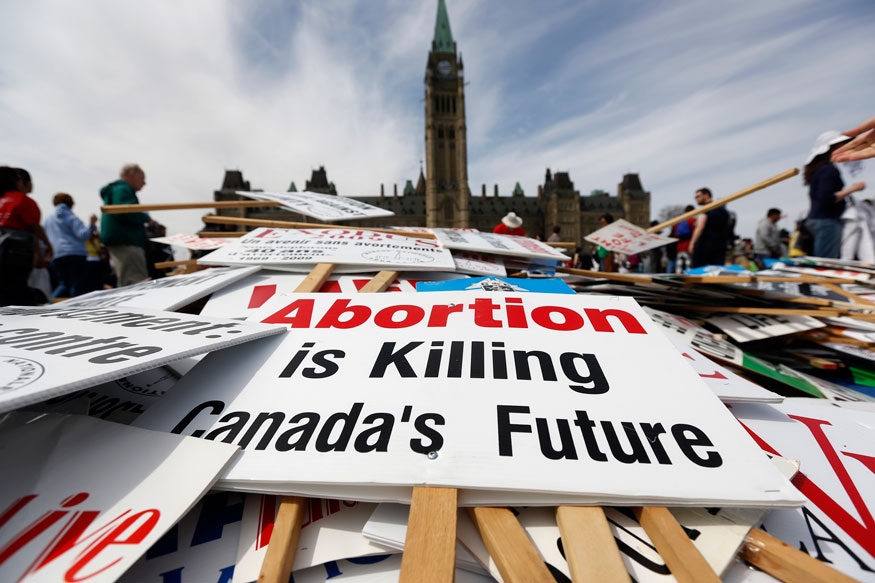 In these times of Donald Trump, when every possible attempt is being made to not just control the bodies of American women, but to limit the reproductive choices of women across developing countries – a new wave of feminism is causing the world order as we know it to imperceptibly, but surely, shift.

The Big Brother is now the black sheep of the global family courtesy Trump; and Trump’s misogyny has ensured women everywhere have found a new ally in the Dutch government. The Netherlands countered Donald Trump’s repressive anti-abortion Global Gag rule by promising to set up an international fund of its own. The Dutch government has promised to ‘do everything in its power to offset the US ban so that women can remain in control of their own bodies.’ And just like with theWomen’s March last week, ) this sentiment has snowballed into a political movement of sorts.

The Guardian reports that up to 20 countries have indicated support for the Dutch-led fund. These countries have a massive task at hand- they need to plug a funding gap that is $600 million deep, and they need to act quickly. Canada is among the first to respond favourably, with a promise to keep fighting for the rights of women the world over.

Here’s why India should be a part of this global coalition to ensure women’s reproductive rights remain inviolable. The statistics highlight the risk Indian women face- most women are unaware of the fact that abortion in India is legal, many others don’t have access to either contraceptives or facilities that will allow a safe termination. Ten women die of unsafe abortions every day in India and annually, nearly 68 lakh pregnancy terminations take place, of this 57% abortions are unsafe.

In 2015, the United States Agency for International Development gave Indian NGOs $21 million in aid for family planning services. Not only will this funding be cut off now but any organisation that receives funds from the US government for other health services and wants to provide family planning consultations from their own funds will stop getting aid.

Growing up, we were all told that pink is for girls and the manly blue is for the boys. Girls were ‘pretty’, got to play with Barbie dolls and kitchen sets but the ‘smart’ boys were handed the building blocks, the toy cars and the guns. We’ve all been victims of gender stereotyping- sometimes even before we were born. It’s tacit for some and smothering for others and if you thought that it’s harmless and counts for squat, think again.

A new research conducted in the US shows that girls as young as six think boys their own age are smarter, more brilliant than themselves. When asked to narrate a story about a ‘very very smart’ person- all the boys and the girls surveyed chose a male protagonist for their tales. This gender stereotyping percolates so deep that, according to the study, it also discourages adult women from entering certain professions.

If a similar study were to be carried out with Indian children would the results be any different? I can only hypothesise, but my educated guess would be, no. In our country, sexism is so deeply entrenched it starts even before a child is conceived. Female foeticide and infanticide are still evils we are trying to stamp out not just in rural India but also in our cities, amongst the educated Indian families. A study shows that between 1980 and 2010, four to 12 million girls were aborted because of their sex.

For those of us lucky enough to survive that screening, the patriarchy is a noose around your neck that tightens the older you get. The rebukes start the moment you’re old enough to comprehend what bias sounds and feels like: Don’t dress like a tom-boy, don’t ruin your skin in the sun (who will marry a dark woman?), don’t study too much (it will be difficult to find a boy for such an educated woman), don’t smoke or drink, don’t go out at night, don’t wear short clothes, learn to cook (else how will you feed your husband and children?), get married before you’re 30, put your career on hold and look after your child once you’ve conceived, etc etc.

You’re never too young to be told that as a girl that you’re simply not enough- you’re not pretty enough, you’re not smart enough and you’re never ever trying enough. If something is repeated so often, it becomes the gospel truth in your head and for us women, our supposed ‘inadequacies’ are being proclaimed repeatedly from every imaginable rooftop in the world, every single day. This is why we need feminism, why we need to talk about gender injustice and inequality, why we need to decry things like a 6-year-old feeling she isn’t smart enough, why we need to do more than say ‘Beti bachao, Beti padhao’, why our quest to save the girl child and empower her cannot be limited to remembering her one day of the year.