Recently, a leopard strayed in a Bangalore school and mauled a few people who were trying to get it out of the school premises and the very next day, we had an elephant straying into a busy street of Siliguri, West Bengal. These incidents are not the first of its kind. People living in the vicinity of the Sanjay Gandhi National Park, Mumbai, have been living with this problem for the last few years and time and again such incidents have been reported. Many environmentalists say that this is due to excessive encroachment of human lives inside the jungles which is supposed to be the natural habitat of these animals. 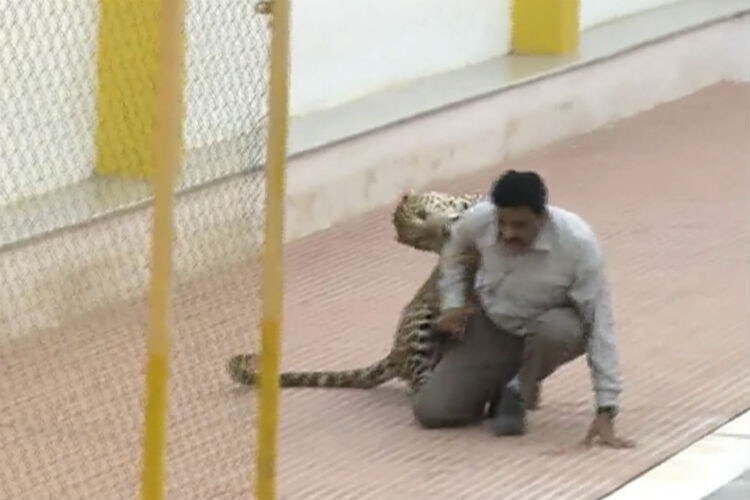 When we move into their territory, what do they do? A classic case of man-animal conflict, where we end up blaming the animal.

An Indian takes his younger brother-in-law to catch parrots up a cliff; they quarrel and the boy is left stranded in the forest. He is there for several days and is rescued by a jaguar who is walking past carrying a bow and arrow. (It is important to mention here that these tales are set in the period when man and animals lived together and some of the animals had both human and superhuman qualities). The jaguar takes him home for a ‘cooked-dinner’, for it was only the jaguar who had the gift of fire and cooking at this stage.

The jaguar’s human (!) wife does not like the boy who hails from the village and the boy is eventually forced to murder her with the bow and arrow; he then runs back to his village, taking with him a piece of cooked meat. There he shows the villagers the jaguar’s lair from where they capture an ember and thus learn about fire and the art of cooking, but the jaguar becomes man’s enemy for the betrayal.

Short of fiction, the story is full of symbolism. It is symbolic of man's move towards culture (from a raw existence) by the discovery of domestic fire and cooking with the help of the animal and the jaguar’s (i.e. the animals) move away from culture which becomes the embodiment of raw nature. Man pays the price of fire by earning the hostility of animal life in the jungle. Besides all that the myth portrays, doesn’t this myth also bring out man’s inherent nature of not being trustworthy as against that of the animal? Debatable? I don’t think so.

If this is not a case of classic man-animal conflict, then what is it? Since childhood we have heard stories of man and animals – man in villages and cities and animals in jungles. Things have changed slightly, man has started leaving villages for the cities and the cities have started moving into jungles. Where does that leave the animals? Where do they go? While one definitely sympathises with the victims of such animals, one must question the authorities as to how is it that humans encroach so much that it takes an animal to remind us about it and that too in its own way? Many such incidents have highlighted the plight of the animals that are vulnerable as they lose their space and often have to stray into human habitat for hunting. Children and small animals like dogs and cats that are a many due to the garbage accumulation (again thanks to the human encroachments), are the easiest prey for these animals.

Who do we blame? Man or Animal?