Kanhaiya - One day wonder or Kejriwal 2.0? Last night, a top Corporate leader sent me an SMS. He wanted to know if Kanhaiya Kumar is a one-day wonder or Arvind Kejriwal 2.0. Tough question, not so easy to predict or answer. Kanhaiya and Kejriwal have a few things in common. Both look angry and try to position themselves as the saviours of the under privileged class. Both are accidental leaders. Anna Hazare’s India Against Corruption (IAC) made Kejriwal a hero overnight. Before that he was just another social activist in the overcrowded activists market in Delhi. Nobody knew Kanhaiya Kumar outside the JNU campus before he was arrested on the charges of sedition. He was one of the several thousand university students' union leaders in India. Nothing more, nothing less.

Just like the knee jerk reaction of the then UPA-2 government made Kejriwal a big public hero in 2011, the knee jerk reaction of the NDA-3 has created another ‘crusader’ called Kanhaiya Kumar. After he came out of jail on a conditional bail, he made a ‘stirring’ speech. In my opinion he speaks better than Kejriwal and speaks with more conviction. May be because, unlike Kejriwal, Kanhaiya is not from a privileged background. He is a poor Bihari villager.

A section in the media has gone overboard on Kanhaiya and the Modi haters are praising him to the skies. The BJP is dismissing him as a misguided youth, who should actually be focussing on his education instead of ‘wasting’ his time and the public money on a so-called “Azaadi or Freedom”.

As a friend of mine rightly said Kanhaiya Kumar looks like a shrewd political operator. He has taken a calculated risk. If he succeeds, it will be a very big thing for him. Even if he fails, he actually has nothing to lose. He wants to enjoy the media attention and the public glare as long as it lasts. Good times don’t last forever. Right?

He is also honest about one thing. Unlike Kejriwal, he has no pretensions of being apolitical. He openly claims that he is from the Communist background. He represents the Left parties in the JNU Students Union. Only after his arrest the Communist leaders joined the JNU protests and debate alleging that the BJP government at the Centre is trying to eradicate the Left wing politics from the campus. Even some of the advocates who represented him have Left leanings. Many academics and social activists who backed him also have strong left leanings or affiliations. 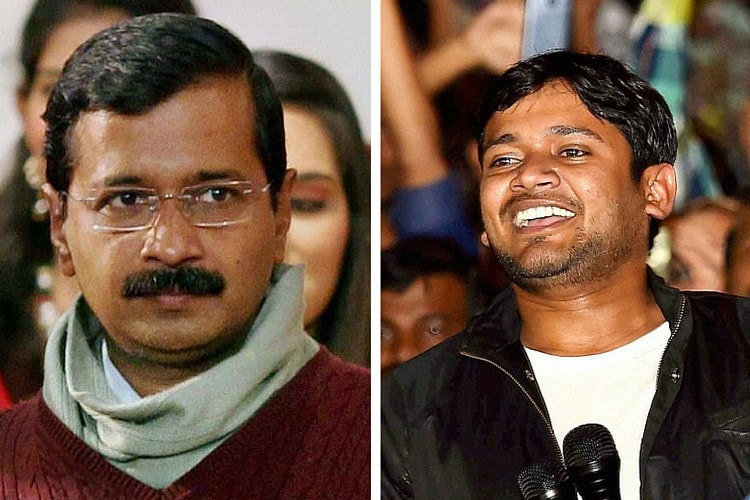 He is often talking about a “revolution” in his interviews and speeches like a hardcore Communist! The same Leftist background and ideology may go against him in the long run. After Kanhaiya was charged with Sedition, many people those who are neutral and have no liking for the JNU type politics also felt bad for him. They felt that the government’s reaction was disproportionate to the alleged crime committed by him. When he came out and made that late night speech, the same people applauded him for his clarity of thought, rawness, conviction and youthful energy. But, this class (which is a majority) is uncomfortable with the Communist ideology. They hold the Left responsible for social unrest, Naxalism, Maoism, Unionism etc. Except some of his comrades, there are no takers for his “Revolution”.

The word “Revolution” has no relevance or meaning in a vibrant democracy like India. Revolution can succeed and gain legitimacy only in a society which is not democratic. Revolution is a dead idea in a democracy, because the very system allows any change in a highly democratic manner. Therefore the majority people who are tired of current system will never back a Communist type revolution. They won’t even entertain such an idea even in their dream.

Instead of keeping quiet, Kanhaiya is also talking too much. He must realise that the law of diminishing utility equally applies to him. The same media which has created Kanhaiya the “crusader” can finish him off overnight.

In an aspirational society, if Kanhaiya wants to be a real leader, he has to be pragmatic. His so-called Communist idea has few takers in India. Kanhaiya and his fellow comrades must realise that the country has moved ahead and only these people are still there. The net result is the fast declining Communist parties might find a powerful public speaker in Kanhaiya. That’s it.