Beyond Bihar verdict: A greater disaster waiting for BJP? 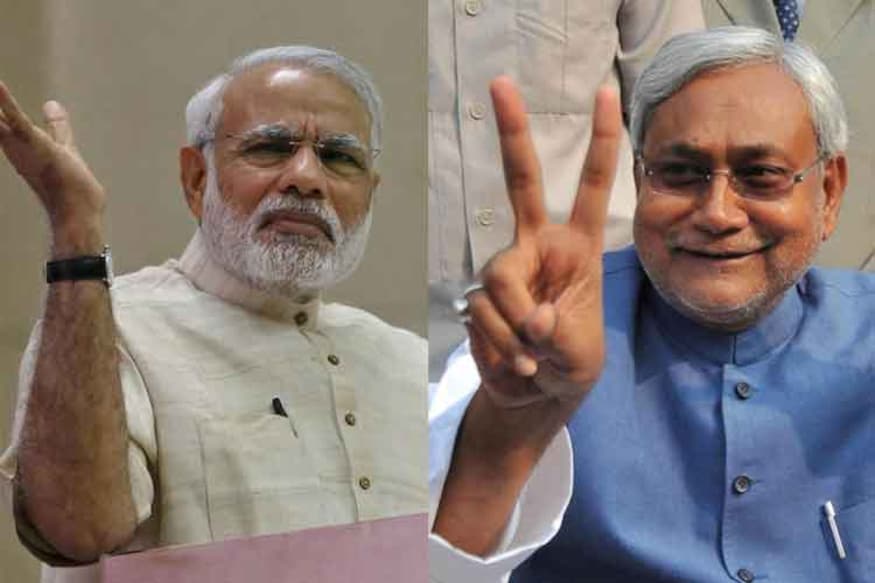 Thus voted the Bihari DNA. The Bihar verdict is a landmark not only for the landslide victory of the Mahagathbandhan but for the political implications this will have on the future electoral prospects. While some political pundits are of the view that the victory was because of the correct chemistry in the Nitish-Lalu-Congress alliance, the opinion on the other side is that the loss of the BJP-led alliance was because of arithmetic miscalculation. But, I see it as a consequence of both mathematics and chemistry laced with the ideological thread of socialism and secularism.

There are two aspects of the verdict. One, what went wrong with the BJP-led alliance that despite rigorous large scale campaign, optimum use of money power and human resource, they were outrightly rejected by the people of Bihar and the alliance which was once labelled as a union of three idiots by the Prime Minister, was given a clear and overwhelming mandate. Should the buck stop with the campaign style and election management of the NDA leaders or the reasons are deep rooted in the non-performance of the Modi government that dissuaded the voters to trust the party and its promises? The victory of BJP in the general elections was perceived as a reflection of aspirations of the people of India and to some extent, people’s expectations were heightened by the campaign style and torrent of promises by Narendra Modi.

Sixteen months into the government, the Prime Minister is yet to fulfil even one of his election promises. Except diluting the pro-people and pro-poor policies of the UPA, he has nothing to prove before the voters. How could the politically sensitive Bihari voter be expected to trust such a personality? The Centre diluted programmes like MGNREGA which could change the lives of millions and that had a significant impact on the minds of the poor and consequently reflected on EVM buttons. Therefore, notwithstanding what the BJP leadership may say, the Bihar verdict was definitely a mandate against poor governance of Narendra Modi and his government otherwise 2/3 of the BJP candidates would not have lost from the constituencies representing the Union Ministers from Bihar. The non-performance was supplemented by the divisive tactics of its leaders, not by fringe elements by the central core leaders, and the ultimate outcome was the massive defeat of the alliance. The verdict was a clear rejection of the suit boot model of development of Narendra Modi. BJP should do a lot of soul searching why it lost 5% vote share compared to the votes it had secured in the 2014 General election. In India, leaders who win seats for their parties are hardly questioned and they are expected to exercise some sort of control in the decision making process in the party and the government, if they are in power. Similarly, the same leaders are also expected to take the responsibility for the electoral debacle of the party. This is an accepted fact and one of the cannons of morality in politics. Moreover, it was the central leadership who was fighting with the secular alliance as the local BJP leaders were marginalised. The margdarshak mandali of the party have raised certain valid points and the party leadership should accept them with humility for a better prospect in future.

The second aspect of the verdict is its consequences on the future electoral prospects and the demand for focussed governance and change in orientation of the government. With the comprehensive defeat, the opposition has successfully challenged the political hegemony of BJP and cultural hegemony of the RSS. Even if it was an Assembly election, from the NDA side, an impression was given that it was a battle between Delhi and Patna with almost all the Cabinet Ministers and BJP President camping there months before election. The Prime Minister himself had addressed 31 rallies, unprecedented in the history of more than six decades of India’s democratic process. No Prime Minister before him had campaigned so extensively and with so much of aggression in an Assembly election. Therefore, the consequence of the electoral battle is definitely a dent on the image of the Prime Minister and legitimacy of the BJP president in the organisation. On the other hand, the Mahagathbandhan model may be replicated by the anti-BJP forces in several other States where elections are due in a couple of years, the dominant party in the state leading the alliance.

Polarisation is not a substitute for development politics. This is the crux of the message of Bihar verdict and our Prime Minister and his government and party should understand this truth. Focus should now be shifted from election to governance and fulfilment of promises made to the voters. Dates have now been declared for the Winter session of Parliament and the country has a lot of expectations from the legislators. Farmers are eagerly waiting whether the government will take any sustainable measure so that they do not have to commit suicide, consumers are hoping that they will get relief from food inflation and moreover the youth of our country are impatiently waiting for the much promised employment. People who had voted for a strong, development oriented and inclusive governance will not tolerate a government that bows before RSS and furthers their divisive and intolerant agenda. The 21st century youth wants jobs in his hands and creative freedom to live his life in his own way. For him ‘D’ stands for development but he is equally sensitive to Dadri and DNA. He cannot be dictated to follow the regressive economic and cultural agenda and will certainly react if they are imposed on him. If the Bihar result could not open the inner eye of BJP as the Tipu Sultan episode in Karnataka is suggesting, then a greater disaster must be waiting for the party in future. The sooner it mends its ways, the better for them and for India.

(The Author is a Supreme Court Lawyer and National Media Panellist, the Indian National Congress. The views of the author and not that of CNN-IBN/IBNLIVE)