In The Left vs Congress Battle, Watch Out for BJP in Kerala 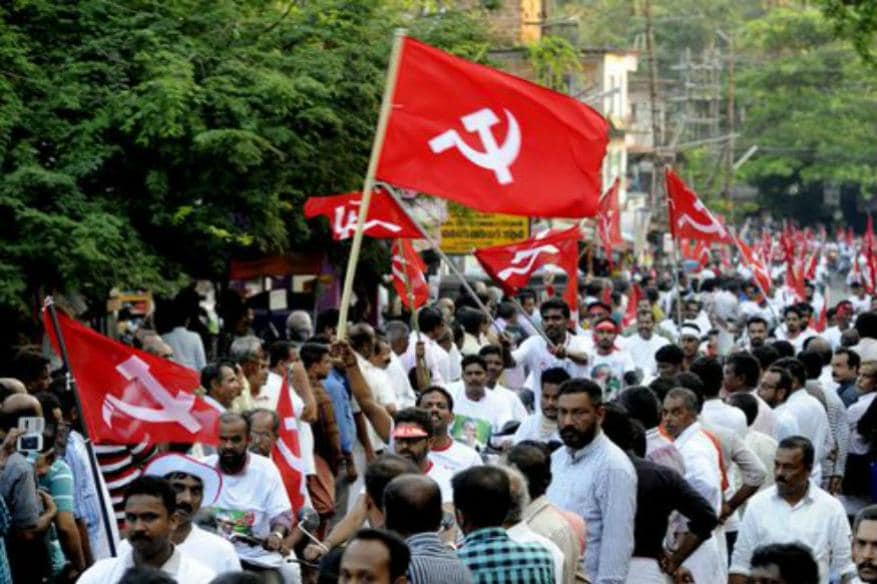 A CPI-M election rally in Kerala.

The votes are cast and results will be known in a few hours. In the meanwhile what journalists and pollsters can do is crunch data and explore their gut. After the polling in Kerala I went out on house visits in what I feel is a key swing district- Thiruvananthapuram.

My driver, an ardent Left voter for long publicly says that he will only vote for the BJP and that his wife and daughter are staunch Left supporters. “I voted for the BJP this time,” his wife tells me and that is a pleasant surprise for her husband.

I see hands going up to the ballot for the BJP in Kerala this time. What explains this? And will the party get any seats?

Is Kerala, a largely Left bastion (Even the Congress is Left in Kerala), going right? Is this about the aura of Narendra Modi?

I don’t think so. Many people I spoke to are voting for the BJP as they think that both the fronts have not delivered. They are sending a stern message to the two fronts.

It’s a challenge to the Left and Congress to reinvent and focus on governance. Both the fronts between them have over 60% block votes for the past several. The fight was always for the 30 to 40%.

This time the BJP has come and changed the game. Exit polls largely suggest that Left has consolidated the minority votes in its favour. This could be because the Left is considered a stronger opposition to the BJP in Kerala than the Congress and Muslim League.

Who will lose the Hindu votes in Kerala - Left or Congress? Exit polls suggest the Congress. But I am not sure whether that will hold on verdict day.

The hardcore Hindu voter who stood with the Left could have voted for the BJP at least in some of the strong three cornered constituencies. They are not in awe of Modi as they have seen what he has done in two years. They are not voting to protect ‘Hindu interests’.

Largely it is a ventilation of frustration with the two fronts. Public debates for the last one year has focused on the liquor policy and not on how to create jobs. If the BJP also plays the same it will be disappointed. But for some BJP is an option worth flirting with after 60 years.

Let us now assume the Left is winning. What explains that? One, the party has put up a united fight this time. Last time party general secretary Pinarayi Vijayan reportedly did not pull his weight as he did not want to give VS Achuthanandan a second chance. This time they are one and everyone knows that Pinarayi will be chief minister.

When I put this to a group of women hard core supporters of VS in Alapuzha, they hid their grudge to tell me that they will go with the party decision! VS is the most popular leader in Kerala, even more popular than Oommen Chandy. But he will not be the CM.

What has Congress done wrong? To start with several corruption scandals have alienated many non party voters. They could have voted for Left or BJP.

KPCC president VM Sudheeran has been more scathing against the corrupt ministers than the Left. He wanted Oomen Chandy to deny tickets to them but the CM persisted with them.

Exit polls suggest that former finance minister KM Mani and excise minister K Babu could lose. They are both involved in the bar bribe scam. The governance’s track record it seems has been eclipsed if the exit polls are to be believed.

My take: It’s still a little close to call as it’s not clear who has voted for the BJP and whose vote has gone away. LDF has the edge. Watch out for the votes the BJP gets. That is the story from Kerala.
First Published: May 18, 2016, 5:33 PM IST