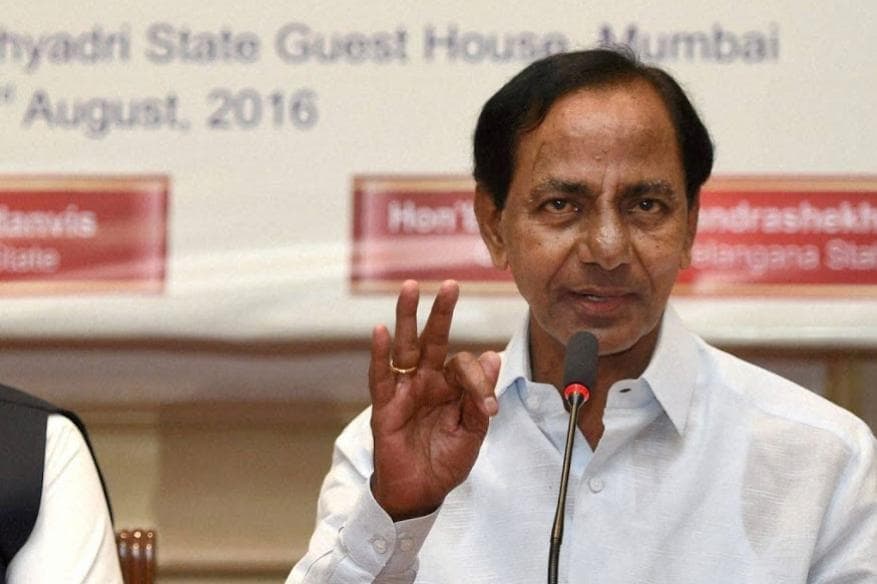 K Chandrashekar Rao, Telangana Chief Minister and TRS chief, will not attend the swearing-in of HD Kumaraswamy of the JD(S) as Karnataka CM on May 23. Instead, he went to Bengaluru a day earlier to congratulate HDK.

He would thus be missing the powerful photo-op when leaders of regional parties of India, most of whom run governments in their respective states, will be present at the swearing-in, in a show of strength of the non-BJP political forces. That they would share the platform with the Congress is the point of the event. The attempt at forging an alliance to fight the BJP in 2019 is said to have begun today. But that is another story.

The curious point here is of KCR’s absence. Just like that of his counterpart in Odisha and BJD supremo, Naveen Patnaik. The two of them are not only powerful regional satraps, but unlike others, they are also avowed opponents of both the Congress and the BJP. At least on the face of it.

With reference to KCR, the quiet visit to Bengaluru was prompted by several reasons.

Foremost, he simply did not want to share the platform with the Congress. The latter is its principal political opponent in Telangana. Leave aside the presence of the BJP or the AIMIM, it is a straight contest between the TRS and the Congress. The former came to power on the plank that it forced the Congress to carve out Telangana as a separate state. That is the plank which serves its politics in the new state. The very creation of the TRS was on an anti-Congress plank. To dilute it for the sake of fighting the BJP is not something KCR is not amenable to. In the short run, national politics are a bit distant from Hyderabad which is bothered about how TRS returns to power in 2019.

Secondly, the KCR government has committed itself to certain populist programmes aimed at weaning away a section of the Congress vote bank. The Congress, known in the Andhra-Telangana circles as a “Reddy party” rightly or wrongly, has been assiduously wooing the Reddys over to its side in Telangana. KCR sought to counter it by announcing the formidable Rythu Bandhu (Friend of Farmers) Scheme.

It is an investment support scheme for all farmers. Reach will get Rs 8,000 per acre every year – in two instalments – as crop investment support. It is aimed at maximising agricultural production and productivity. The government set aside Rs 12,000 for 2018-19 for this scheme! It is said to benefit 58 lakh farmers. But KCR is specifically eyeing a sizeable section of them – dominant Reddy farmers who own large tracts of land in Telangana for whom the scheme makes some financial sense. A happy farmer will vote for TRS, that is the logic. This comes on top of the loan waiver of crop loans of Rs. 16,124 crore and the sanction of fresh loans at 25 paise interest rate!

As on date, the BJP is a weak force. It has an unenviable vote share in Telangana, not much of a strong leadership, depends entirely on the magic of Prime Minister Narendra Modi.

KCR played Machiavelli when dealing with the BJP and Modi. He literally spewed venom at them in the 2014 campaign. Then he suddenly changed tactics: He started supporting Modi and his policies while battering BJP and its president Amit Shah. He supported Modi on several decisions of the NDA government – nomination of Ram Nath Kovind’s for President, demonetization, GST, the idea of simultaneous elections to states and the Lok Sabha. He expected a softening of the NDA government’s stand towards Telangana.

On the other hand, by his no-holds-barred attack on the BJP and Amit Shah – like the way he attacked Shah on the latter’s visit to Hyderabad last year – he sent a message to the people of the state that TRS stands alone. Also, he is shrewd enough not to unnecessarily aggravate those Telangana voters who are fascinated by Modi even though they do not vote for BJP.

KCR is strong as of now without much political challenge. He need not think of an alliance in Telangana until such time that he has plans – if at all – to play a role at the Centre, leaving the state to his son. So, he can afford to go it alone for the time being. That’s probably why KCR gave a miss to the Bengaluru photo-op. ​