Taking on Patriarchy: Dress Like a Woman, Flaunt Your Bra, Breastfeed 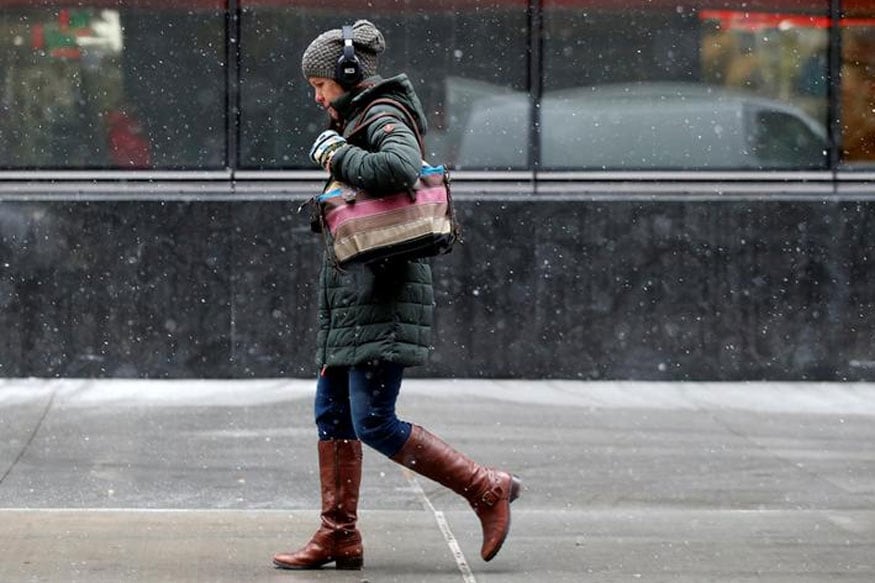 Trump is at it. Again. The man who has made no bones of his misogyny in the past, is now flaunting the same brand of sexism in the White House. A report claims that the US President has asked his women staff to ensure they ‘dress like women.’

A source reportedly told Axios news that in Trump’s team looking the part is given a lot of stock and while men are simply asked to ensure they are sharply dressed, for women (as always) the stakes are a lot higher.  The women in his staff have reportedly been asked to dress more femininely. The agency claims that  ‘women who worked in Trump's campaign field offices — folks who spend more time knocking on doors than attending glitzy events — felt pressure to wear dresses to impress Trump.’

Apart from the fact that this repressive adage does nothing but reinforce archaic gender stereotypes and possibly gives a man, who has been accused of sexual assault multiple times, a chance to presumably legitimately ogle at this staff- it also assumes that women are only as good as the clothes they wear.

.@realDonaldTrump #DressLikeAWoman ... is this what you had in mind? pic.twitter.com/9JvoGUpWRZ

As women, we get used to hearing the strangest of things. Inanities become routine but the outrage and sense of indignity doesn't. Society never ceases to expect you to perform your womanhood- especially when you’re pregnant and/or have become a mother. Your body, your personal space are no longer sacred- from speculation as to whether or not you’re pregnant (or whether you should be, because, you know...tick-tock) to whether or not it’s appropriate to breastfeed in public- women are expected to perform motherhood in the public eye but at the whims of the rules society sets for us.

However, proving that you’re a lactating mother? Apparently that’s also becoming par for the course. Insensitivity got a whole new meaning a few days ago when a mother of two was asked by officials at the Frankfurt airport to ‘prove she was lactating.’ It all began because officials were suspicious of her breast pump in her hand luggage. The lady was traveling alone, without her three-month-old child; so of course, the breast pump had to be a weapon in disguise. Refusing to take her word for it and in need for some ‘proof’- she was taken to a room by a female officer and asked to ‘squeeze her breast’ to prove she’s lactating. The harassment lasted over 40 minutes and only after she expressed some milk, did the officials clear her and allow her to board her plane.

The woman has since filed a complaint with the German police, who have denied the allegation.

Here’s more proof of how being a woman is more about the limitations and the hopes you're forced to jump through than anything else. Not only are women’s bodies taboo, but so is our apparel. This students of the Kamala Nehru College in Delhi took to social media to recount how their play being staged at the Sahitya Kala Academy’s theatre festival was disqualified because the script had the words- ‘bra’ and ‘panty’ in one scene.

This ‘inappropriate language’ was the reason that was cited to the students by the organisers. The Sahitya Kala Academy is the cultural wing of the Delhi government

One teacher from the college took to social media to decry this censorship. Monami Basu had this to say:

‘We can continue mentally stripping a woman down to her undergarments and dehumanise and objectify women at will, that is all kosher, we can lace every sentence of our everyday speak with sexually violent content, yet we cannot show the everyday life of a woman and talk about her BRA PANTY on stage.

We reject this kind of perversion which prevents youth from healthy discussions on sex, desire and yes even BRA PANTY which are pieces of clothing, if it titillates you, it is your problem. We reject your pretentious hypocritical propriety, we reject your taboo-ization of the most normal day to day things like periods, sexual desire, consensual sex and BRA PANTY.’

Later, Delhi’s Culture Minister Kapil Mishra reportedly called the faculty of the college. He’s believed to have said that ‘no form of art should come under moral policing and especially youth theatre should be free from the shackles of false propriety and be allowed artistic space and freedom.’ He reportedly assured the staff that he will personally see to it that the college doesn't get disqualified or lose any marks. Too little, too late perhaps?
First Published: February 4, 2017, 11:26 PM IST