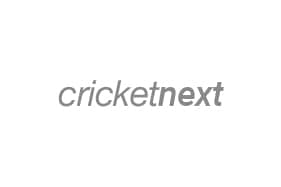 India vs England Live Score, 3rd Test at Motera, Day 2: Hello and welcome to our live coverage of India vs England 3rd Test Day 2 at the Narendra Modi Stadium, Motera, Ahmedabad. After winning the toss, England lost the plot and were shot down for 112, with Axar Patel leading the way for India with a six-for. In reply, India ended the day at a strong position and will look to build on it and take a significant lead over the visitors.

If it was Ravichandran Ashwin’s turn to shine at his home ground then it was Axar’s at the newly-built Motera Stadium. Spinners continued to rule the roost on the opening day of the third Test and it was hard to believe that both the teams had traveled 1800 KMs in between. Yes the conditions were different (this one being a day-nighter and played with pink-ball) but the pitch behaved very similar to Chepauk with both the spinners finding ample turn and bounce. India dropped Kuldeep Yadav and replaced him with Washington Sundar but such clinical were Axar and Ashwin that the hosts never felt the need to bring him on.

On a pitch that was offering so much turn, Axar managed to walk through the English line up with the one that didn’t turn. As many as three English batsman: Jonny Bairstow, Zack Crawley and Ollie Pope were out playing for the turn and were found wanting. After Tea, England lost wickets in a flurry. Six wickets came in just 32 runs, and Axar was the biggest gainer from this mediocre display. England were all out for 112.

India came out to bat in the twilight zone and safely negotiated the initial overs. The first over from Jimmy Anderson was as good as it can get. Straight and full, going away. Rohit Sharma didn’t want to take a chance and it ended up being a maiden. But his fellow opener Shubman Gill had no such intentions, he was out playing a pull shot to Stuart Broad. After Pujara was dismissed cheaply, Rohit along with skipper Virat Kohli stitched a 64 run stand for the third wicket to restore normalcy. Rohit completed a solid half-century and his duel with Jofra Archer was too good to ignore. He pulled him once and then played a solid straight drive off the very next ball to show that he is in complete control. Late in the day, Jack Leach rattled Kohli’s stumps with the score reading 98/3. But despite this, India look set to dominate proceedings in the afternoon session when the match resumes tomorrow.