Nothing bigger than martyrs, but sports is not war

E R Ramachandran
The India-Pakistan fixture on March 19, 2016, in Dharamsala – which would open India’s campaign in the ICC World Twenty20 – has run into rough weather with Himachal Pradesh Chief Minister expressing his inability to provide security to Pakistan team.

CM Virbhadra Singh is reported to have told the BCCI secretary Anurag Thakur to sort out the matter with families of security people who consider Pakistan’s visit an insult to the martyrs who laid down their lives in the recent terror attack across the border in Pathankot, which is a meeting point of the states of Punjab, Himachal Pradesh and Jammu and Kashmir.

The incidents at Pathankot airbase were indeed ghastly and there are no two opinions regarding the feelings of the families of those security forces who lost their lives. It has been condemned by one and all and the whole country feels one with the families about the terrible incidents. 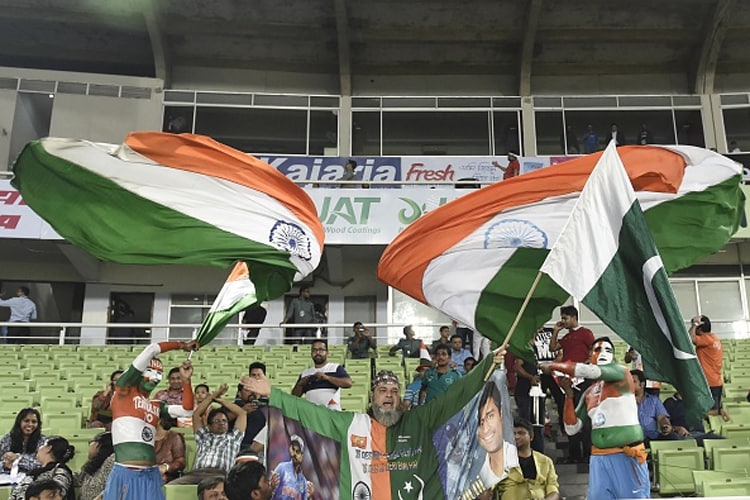 India suspended bilateral series with Pakistan even since 26/11 terror attacks took place in Mumbai in 2008. Pakistan players have also been kept out of the Indian Premier League (IPL).

Pakistan has been making approaches and gestures for resumption of sporting ties between the two countries. Governments at the centre have yet to take a decision on this.

However, one must make a differentiation between bilateral series and events like the World Cup and Olympic Games.

Big multi-team events are planned months, sometimes years, in advance by the host country. The Olympic charter calls to promote brotherhood, camaraderie among athletes from all over the world irrespective of caste, creed or colour. Despite differences of political situations, war, and strife between any two countries, their Olympic Associations are called upon to send their sportspersons to participate in Olympic movement to compete with other athletes.

The host countries are chosen years in advance so that they have enough time for preparation of the stadia, logistical requirements, security etc. This calls for massive efforts both in terms of finance, planning and finally having security in place to ensure the event goes off without any harm to those performing and spectators who come to witness and cheer in millions.

The host country understandably goes thorough anxious moments till the event reaches its culmination without any glitch. The case in point is the Commonwealth Games held few years back in Delhi. Any change in the organization of such massive event can only create a major hiccup in the conduct of the event itself.

Many countries have participated in such events even when there is turmoil in their own country.
Iraq sent its sportspersons for all Olympic Games since 1980 despite the country being at war.

It participated in Olympic Games in Los Angeles (1984) and London 2012 despite being at war with USA and UK. North Korea and South Korea do not get along very well but they took part in the Olympics, football world cup, etc. China and Chinese Taipei, both are regular in Olympics, despite China’s opposition for the very existence of Taipei and so on.

President Jimmy Carter refused to let USA participate in Moscow Olympics in 1980 ostensibly protesting against Soviet Union’s invasion of Afghanistan in 1979. Soviet Union in turn did not participate in Los Angeles Games in 1984.

Thankfully those days of cold war are not in vogue anymore and the current outlook is to keep sports as far as possible separate from politics, at least in world events such as the Olympics and world cups for various sports.

Both India and Pakistan, despite differences, have not pulled back from any international games or events. In fact, over the years they have played each another in cricket, hockey and kabaddi, which has turned out to be highly competitive and well appreciated.

India’s image is at stake having agreed to host the T20 World Cup. Should Pakistan pull out of the event citing security reasons, it is even more damaging for the hosts. India must honour its commitment no matter how hard it is to forget the trauma of Pathankot incidents. Not easy at all, but efforts have to be made.

While the Indian government must pursue to bring the guilty to book as it is doing for 26/11 tragedy in Mumbai, efforts to nab Pathankot culprits must go on without any let-up.
It is doubtful whether an alternate venue at this stage may be feasible.

However hard, India must ensure all the participating countries come to play without any security fears hounding them.

A statesmanship of highest order is needed at this hour to keep country’s prestige and rise for the sake of sports. Only a bigger heart from families of martyrs will help India’s cause.
Nobody would like India’s image getting tarnished, least of all those who laid their lives while fighting for the country.
2016 T20 World Cupcricketcricket newsDharamsalaIndia vs Pakistant20 world cup 2016
First Published: March 5, 2016, 2:17 PM IST