The roots of such greatness were laid on the 15th of November, 1989 at the National Stadium in Karachi. 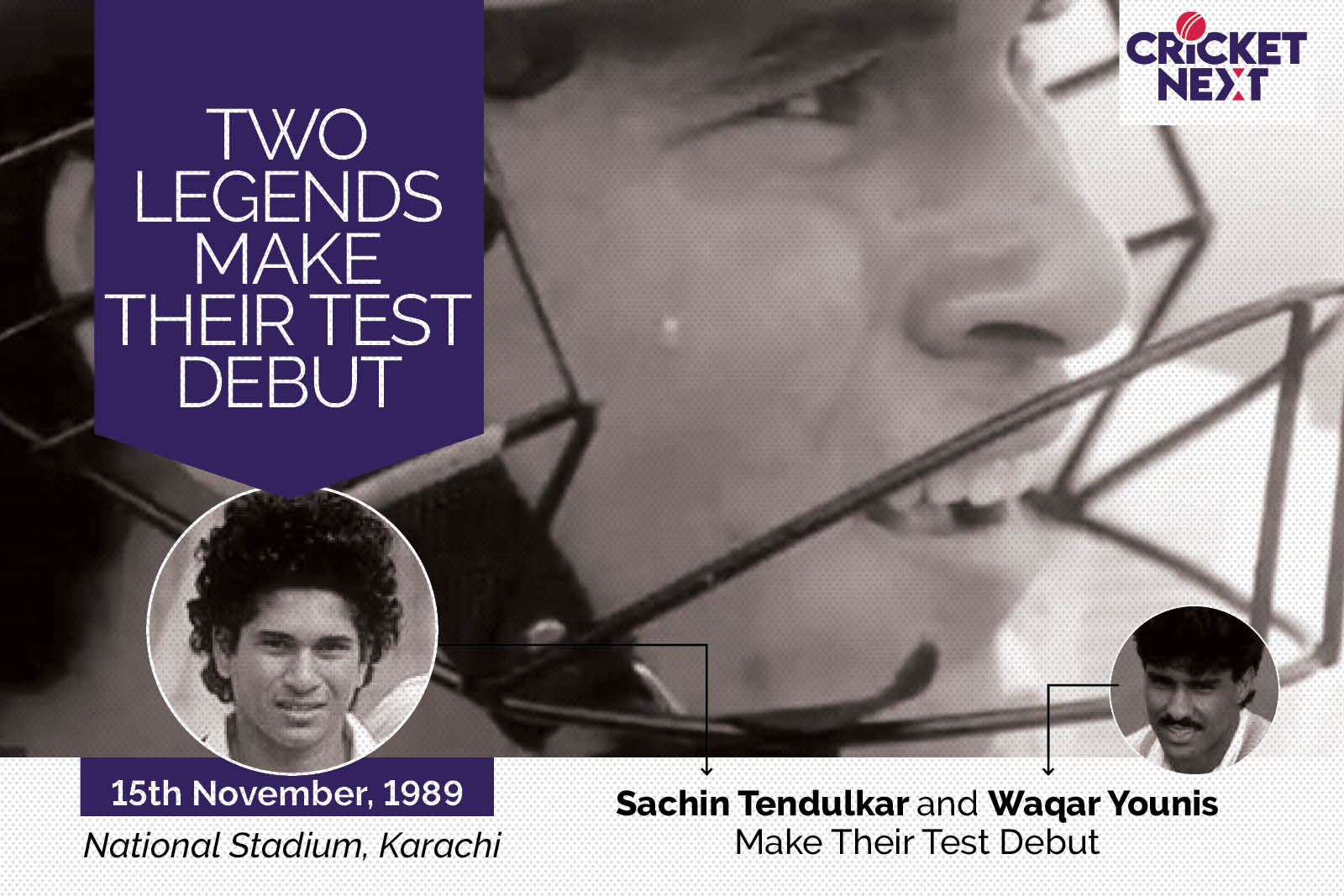 It was India's opening Test on their 1989 tour to Pakistan. The 15th of November in Karachi 31 years ago saw two of the greatest in their respective disciplines come together for the first time in whites for their nations. Sachin Tendulkar and Waqar Younis made their Test debut in the same match and little did the world know what was in store in the years to come.

The Pakistani had a great start to his illustrious career as he returned with 4-80 in 19 overs in the first innings. And as fate would have it, one of Younis' victims was Tendulkar - the fast bowler went through the defense of the future Indian legend castling him for 15. His other wickets included those of Sanjay Manjrekar, Manoj Prabhakar and Kapil Dev.​

Tendulkar, all of 16 years and 205 days, (remains the fifth-youngest to make his Test debut) gave a good account of himself on debut even though for a short period. Coming in to bat under pressure at 41 for 4, he negotiated a hostile bowling attack comprising of Younis, Wasim Akram, Imran Khan and Abdul Qadir and resurrected the Indian innings with a 32-run stand with Mohammad Azharuddin. Younis bowled just two overs in the second innings and a fifty from Navjot Sidhu and hundred from Manjrekar meant that Tendulkar did not get a chance to bat.

The Test itself was a high scoring draw. Pakistan scored 409 in the first innings and bowled out India for 262. But they could not take advantage of their first innings' lead and force a result. India's top-order clicked in the second innings and resisted whatever was thrown at them.

Tendulkar went on to score 15921 runs in 200 Tests at an average of 53.78 with 51 hundreds and broke and set dozens of all-time records during the course of his career.

Younis ended his glorious career with 373 Test wickets in 87 matches at an average of 23.56 and strike rate of 43.4 - amongst the best in the history of the format!

The roots of such greatness were laid on the 15th of November, 1989 at the National Stadium in Karachi.