This will always be remembered as one of the most important days in the history of Indian cricket as MS Dhoni's young brigade won the inaugural T20 World Cup in South Africa. 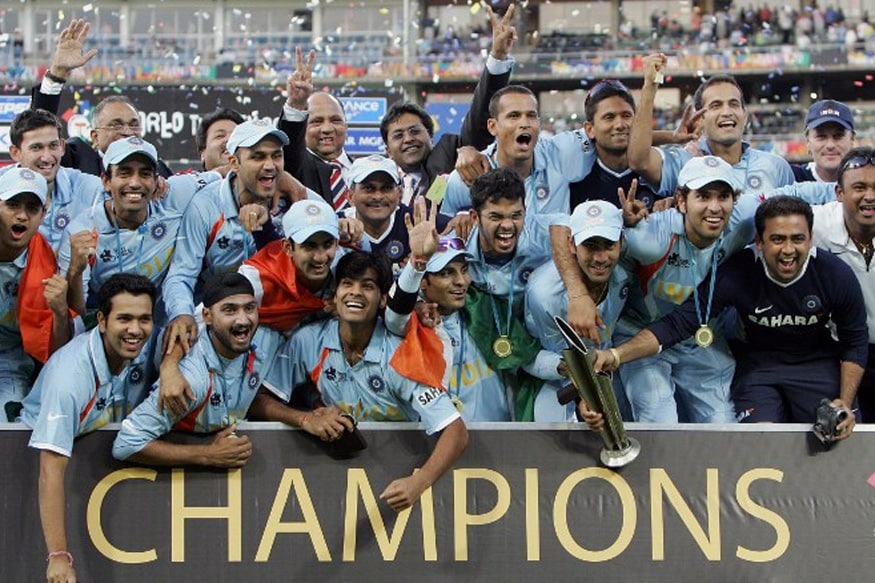 This will always be remembered as one of the most important days in the history of Indian cricket as MS Dhoni's young brigade won the inaugural T20 World Cup in South Africa.

After an embarrassing group stage exit in 2007 World Cup in West Indies - a tournament in which the team went in as favourites - it was decided that India would send a rather young side for the T20 World Cup.

No one took T20 seriously back then, especially the BCCI who laughed at idea of a 20-over cricket match. The fans too didn't expect much from the team.

But India started off well and kept on gaining momentum throughout the tournament, losing only once against New Zealand.

The final against arch-rivals Pakistan was a match made in heaven. India had already beaten them in the group stages in a bowl-out, after the match had ended in a tie.

India won the toss and elected to bat first in the final, with Gautam Gambhir's fine knock of 75 guiding India to 158, which didn't look like a match-winning total by any stretch of the imagination.

Umar Gul was the wrecker-in-chief for Pakistan, taking three wickets.

Pakistan in reply, kept on losing wickets at regular intervals and never seemed to be on top of the chase.

Then came in Misbah-ul-Haq, a quality batsman who made his debut quite late in his career. Cameos from Arafat and Tanvir meant Pakistan needed just 13 from their last over with one wicket in hand.

Dhoni handed over the ball to Joginder Sharma, the Haryana all-rounder started off with a wide, and Misbah deposited the second ball of the over for a maximum.

It seemed that Pakistan had pulled off a memorable win, when in what can be described as moment of madness, Misbah looked to scoop Joginder over short fine-leg with just 6 runs required off 4 balls. He failed to connect properly and Sreesanth took the catch as India went onto win the World Cup.