Australia captain Steve Smith led by example, smashing an unbeaten 108 against a sloppy Pakistan to secure his team's seven-wicket victory with five overs to spare in the third one-day international in Perth on Thursday. 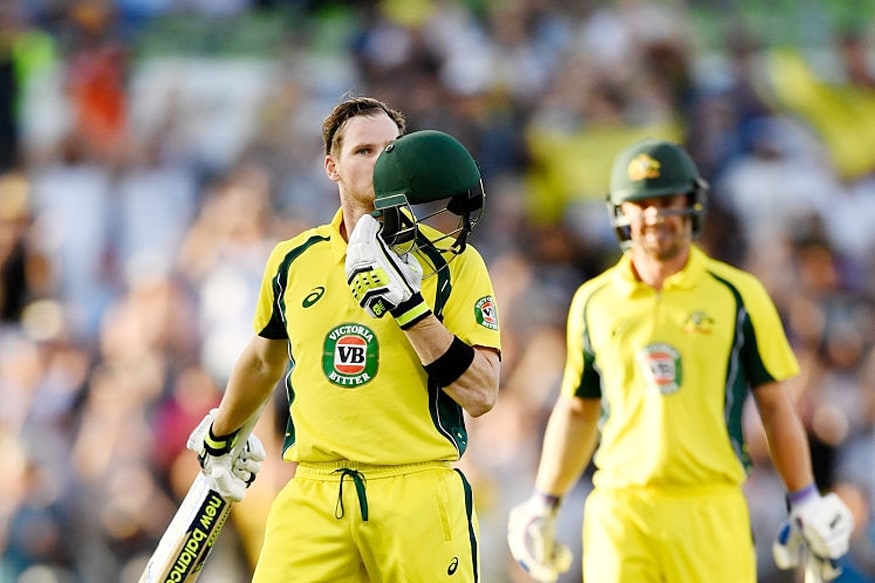 Perth: Australia captain Steve Smith led by example, smashing an unbeaten 108 against a sloppy Pakistan to secure his team's seven-wicket victory with five overs to spare in the third one-day international in Perth on Thursday.

Chasing 264, Australia slumped to 45-2 inside 10 overs before Smith and debutant Peter Handscomb added 183 runs to essentially take the game away.

Pakistan are down 1-2 in the five-match series.

Put into bat, Pakistan rode half-centuries by Babar Azam and Sharjeel Khan to set themselves up for a 300-plus total before settling for 263 for seven.

Opener Sharjeel smacked three successive boundaries against Travis Head to bring up his 50 but dragged the very next delivery from the spinner onto his stumps.

Babar forged two fifty-plus partnerships, first with Shoaib Malik and then with cousin Umar Akmal, both of whom made 39, to lay the foundation for a big total.

The 22-year-old also became the joint-fastest to join the 1000-run club in 21 ODI innings, being part of an elite group that also include West Indies great Viv Richards.

Pakistan, however, let them down towards the end, managing only 50 runs from the last 10 overs to settle for a competitive, rather than a formidable, score.

Josh Hazlewood (3-32) dismissed Babar for 84, after James Faulkner and Pat Cummins had spilled tough return catches from the batsman.

Australia could have been in bigger trouble but Handscomb proved particularly lucky on his one-day debut.

Caught on zero off Junaid Khan, the batsman was recalled after replays showed it was a big no-ball.

Handscomb was also dropped at point when on 10. Even if the catch had been taken, Handscomb would have been called back as replays showed Junaid had once again overstepped.

The 25-year-old , added to the side after Chris Lynn was ruled out with a neck injury, made Pakistan pay for the lapses as he went on to make 82 off 84 balls.

Smith cruised to his eighth one-day century, hitting 11 boundaries and a six to help secure a comprehensive victory ahead of the fourth one-dayer in Sydney on Sunday.