Five India players are in precautionary isolation as Indias cricket board investigates a potential breach of biosecurity protocols ahead of the start of the third test on Thursday against Australia at the Sydney Cricket Ground. 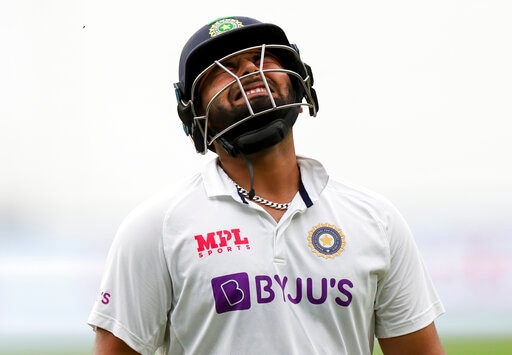 India vs Australia: Rohit Sharma, Rishabh Pant Among Five India Cricketers Isolated After Apparent Quarantine BreachFive India players are in precautionary isolation as India's cricket board investigates a potential breach of biosecurity protocols ahead of the start of the third test on Thursday against Australia at the Sydney Cricket Ground.

Rohit Sharma, Rishabh Pant, Shubman Gill, Prithvi Shaw and Navdeep Saini have all been placed in isolation after a video of them sitting at a table in a Melbourne restaurant was posted on the Twitter account of Navaldeep Singh.

Singh suggested on Friday he paid the bill for the table and then hugged Pant, although on Saturday Singh claimed there was no hug and players kept their distance.

The five players will be kept separate from the broader Indian and Australian squads when traveling and at the training venue but will be permitted to train in accordance with protocols that have been put in place.

Players and staff are permitted to leave the hotel but must dine outdoors.

The protocols have helped Cricket Australia, which requires exemptions from Queenslands government for players to travel from Sydney to Brisbane for the fourth test beginning Jan. 15, navigate the countrys latest COVID-19 outbreak.

It will be up to the Board of Control for Cricket in India (BCCI) to decide what sanctions, if any, are leveled against the five players.

The series is level at 1-1. Australia won the first test by eight wickets in Adelaide and India took the second test at the Melbourne Cricket Ground by the same margin.