The two unofficial Tests against South Africa A are what the selectors will watch closely to identify players for India's tour. 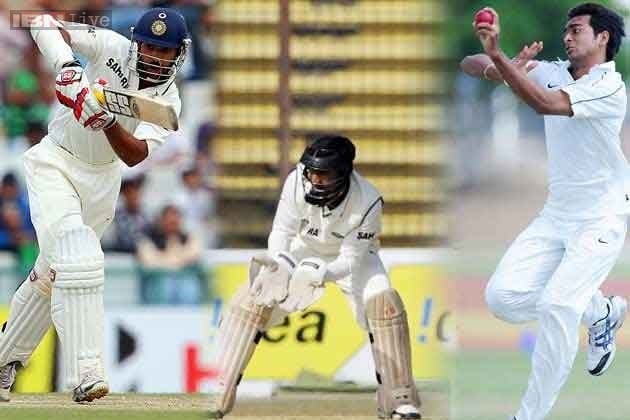 India A winning the limited-overs triangular series last week was an achievement to be applauded, but the two unofficial Test matches against South Africa A are what the selectors will watch closely, for two reasons. One, they will hope that the Test specialists adapt to the conditions and two, they will be keen to identify probable players for the senior team's Test tour starting late November.

The first of those two four-day fixtures starting at Olympia Park in Rustenburg on Saturday, then, is the real reason that this tour of South Africa is important. Runs scored and wickets taken in the preceding one-day series can ultimately be considered of statistical value. Succeeding in sessions, against bowlers not confined a certain number of overs or hampered by field restrictions, and winning the battles of the mind is what India A's batsmen must do across the next four days. The bowlers must sustain their lines and lengths and produce wickets.

Just how the pitch at Olympia Park is not known, but if it resembles the bone-dry surfaces that hosted the limited-overs series, then expect batsmen on both sides to cash in. However, any success India A's batsmen find in South Africa across both List A and first-class formats should have an Asterix attached to it simply because the conditions that the Test team will face later this year will be different than today.

Thus, the onus will be on the likes of Cheteshwar Pujara, Rohit Sharma, Shikhar Dhawan, Murali Vijay and Ajinkya Rahane, all of whom could be back in South Africa in November. Of these five, Pujara, Dhawan and Vijay are automatic picks for India's Test team given the way they batted in Test cricket this year.

Pujara is India's assured No. 3 and these two unofficial Tests are his chance to get familiar with conditions in South Africa again. Dhawan is currently enjoying a very fruitful run at the international level and will return to the top of India's Test XI in November on the basis of this outstanding form which began with his remarkable Test debut in March. Vijay, 29, scored more runs than anyone else during India's 4-0 whitewash of Australia, 430 at 61.42, and was the only batsman to score two centuries - both in excess of 150. Those four Tests were the longest Vijay has been given, and the fact that he is part of the A squad shows the selectors want him to have a much better tour of South Africa than in 2010 when he had one poor Test. These three are certainties for November, injury permitting.

The pair that have to prove it all are Rohit and Rahane. Rohit has found success in his latest avatar as an opener in ODI cricket, and these two matches are another chance for him to try and push himself into the Test team. Rahane, 25, has played one Test, as Dhawan's replacement, but failed to make an impression. He too has another opportunity to try and get himself named in the Test squad.

The two batsmen who stand behind these aforementioned batsmen are Suresh Raina and Ambati Rayudu. For Raina, runs in these two matches could force the selectors to consider him for the big tour later this year but he is firmly behind Rohit and Rahane for a middle-order berth. Rayudu has found ODI cricket a tough proposition and in all honestly does not look a Test player yet.

Dinesh Karthik and Wriddhiman Saha are vying for the reserve wicketkeeper's slot come November. Both are technically better than MS Dhoni, but it is runs against South Africa A that will count. Karthik, 28, looks to be ahead of Saha due to his stature as an ODI player in 2013.

That leaves the bowling, which is actually Indian cricket's biggest headache. Bhuvneshwar Kumar, Ishant Sharma and Umesh Yadav form India's first-choice attack in Tests and stand to be reunited in South Africa but strong showings from one of Siddarth Kaul, Mohammed Shami, Ishwar Pandey and Jaydev Unadkat could easily result in a call-up. India are sure to pick a fourth fast bowler for the Tests and so these four youngsters will hope to outdo each other, which is healthy competition. Unadkat, in particular, looks the bowler to watch given he offers a left-arm option.

With India locking in R Ashwin and Pragyan Ojha as their spinners, the two slow bowlers on tour, Jharkhand's left-arm tweaker Shahbaz Nadeem and Jammu & Kashmir offspinner Parvez Rasool, can hope to increase their stature but as far as Test aspirations go, they look slim.