The record books were rewritten twice in an astonishing run spree at Nottinghamshire's Trent Bridge ground on Monday which saw a record English one-day partnership and the most aggregate runs scored in a List A match. 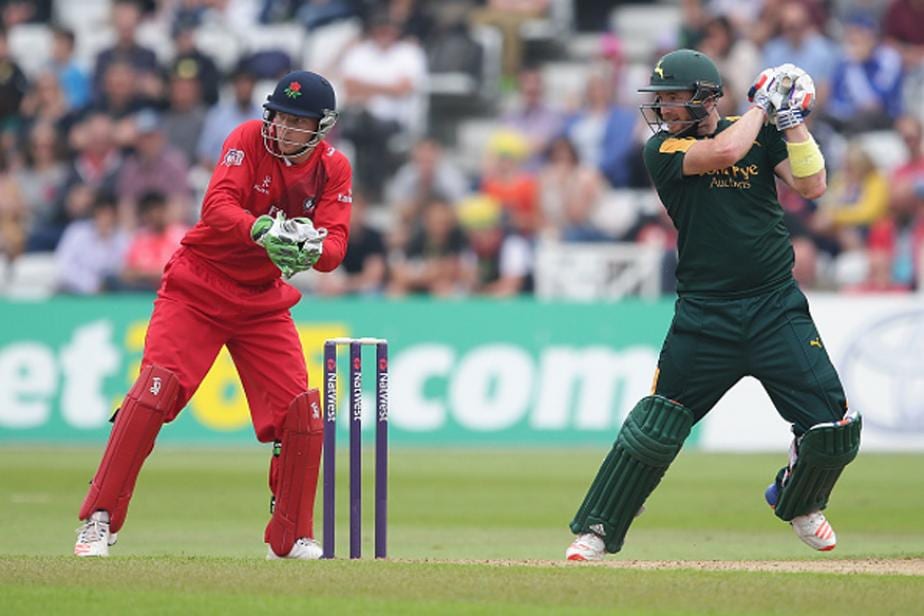 The record books were rewritten twice in an astonishing run spree at Nottinghamshire's Trent Bridge ground on Monday which saw a record English one-day partnership and the most aggregate runs scored in a List A match.

By the close in the Royal London One-Day Cup game between Notts and Northamptonshire, statisticians were checking to see if there had ever been a day like it anywhere in the world.

The big hitting began from the start with Nottinghamshire's Riki Wessels and Michael Lumb sharing a record one-day partnership in England of 342 from 39.2 overs.

Wessels eventually departed for a career-best 146, from 97 balls, while Lumb went on to make 184, also his best and a record for the county, as Nottinghamshire posted 445 for 8, the second highest score for a List A match in the world.

The runs continued to flow when Northamptonshire chased down what would have been another record for a team batting second. But they fell short despite 128 from Rory Kleinveldt.

Their total of 425 gave Nottinghamshire victory by 20 runs in a game which saw an unprecedented 870 runs scored in the day, three more than Surrey and Glamorgan managed in 2002.

Afterwards Lumb joked: "It was a bit twitchy. What a great game of cricket. Never in doubt.

"I was surprised they took it that deep but it's credit to them. Rory Kleinveldt was unbelievable. It was an unbelievable game. I don't think we could do too much more. I'm proud of all the boys."

The Nottinghamshire stand beat the previous record in England of 318 by Sourav Ganguly and Rahul Dravid for India against Sri Lanka at Taunton in the 1999 World Cup.

Lumb and Wessels' English record is the third-highest partnership in List A games, behind the 372 which Chris Gayle and Marlon Samuels took off Zimbabwe in the 2015 World Cup.

The record for the highest team total is held by Surrey, who made 496 for 4 against Gloucestershire in 2007.