So which has been India’s best-ever season, 1971 or 2020-21? I am still debating this in my mind, but consider myself fortunate to have lived through these two cathartic seasons fifty years apart. 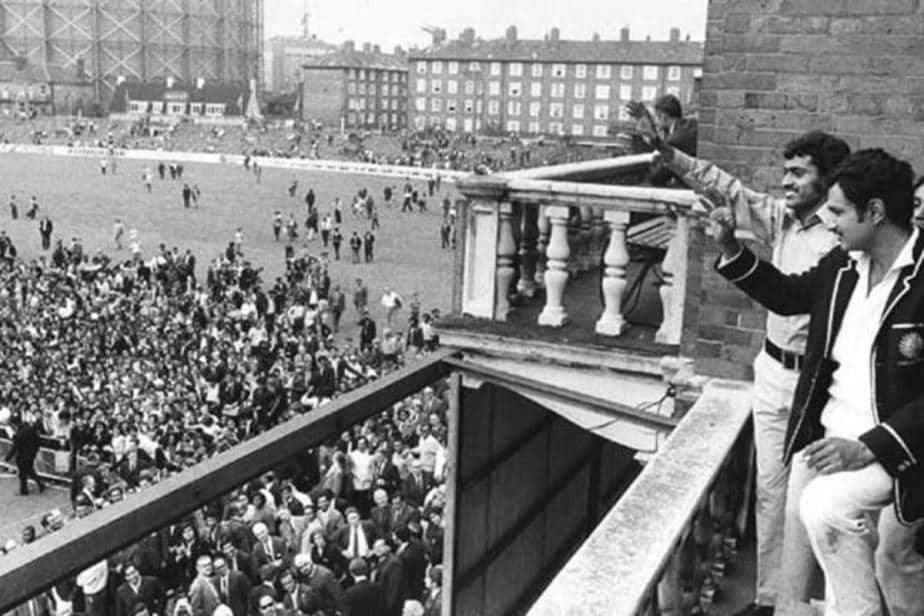 Sunday last India beat England in a nail-biting humdinger to clinch the ODI contest 2-1. The T20 series was won by a similar scoreline, and before that the Test rubber was clinched 3-1; this after losing the first match by a whopping 217 runs. It was a clean sweep across formats, which is rare. Add to this the heroics and never-say-die attitude of the players that led to a 2-1 Test series win against a full-strength Australia side a few months back, and it makes for arguably the best-ever season in Indian cricket history.

I have put a caveat because there have been some outstanding victories in the past which people of those eras saw differently when they happened. Most people’s attention is drawn only to the present but a historical perspective is important in understanding the evolution of Indian cricket.

Here’s a run order of some seasons which turned out to be major inflection points.

India’s first-ever Test victory came in 1951-52 against England, at Madras. The series was drawn 1-1, but the thrill and value of a maiden win can never be understated. Over seven decades, the exploits of Vinoo Mankad, Pankaj Roy et al acquire seem even more stellar.

In 1952, India beat arch-rivals Pakistan 2-1 in a home series. Massive crowds thronged the stadium wherever the matches were played in India. I remember the late Lala Amarnath, who was captain then, telling me in the late 1980s, that the country went delirious when the series was clinched.

Less emotion-charged perhaps, but no less worthy was a victory over Ted Dexter’s England team 2-1 in a home series. Nari Contractor was captain, Salim Durrani emerged as a world-class all-rounder, and in debutant Nawab of Pataudi, India found a charismatic batsman who was also soon to become captain and have a strong influence on the future of Indian cricket.

The mid-1960s is when cricket got deep into my consciousness, and among the most exciting seasons was when India won it’s first overseas Test and series (3-1), against New Zealand in 1968. The Kiwis were always a formidable side at home, so India’s performance was highly credit worthy.

The 1980s were interesting, and also peculiar. In the first half of the decade, India fared miserably in Test matches, losing to England, Pakistan, West Indies, England (at home) and even newbies Sri Lanka. However, India won the World Cup (1983), the Asia Cup (1984), the World Championship of Cricket and the Rothmans Cup (both 1985), to signal a major turnaround in limited overs cricket.

Since Test cricket is considered the real challenge, India’s 2-0 victory over England in England (1986, Dilip Vengsarkar starring with two hundreds) was a massive achievement, though perhaps not of the same import as the home season in 2000-01 when Steve Waugh’s all-conquering Aussies were stymied from claiming the final frontier.

The match-fixing scam had erupted less than a year earlier, and when the first Test at Mumbai was lost, it appeared India were in for a mauling. An extraordinary partnership between V V S Laxman and Rahul Dravid, which turned the Kolkata Test on its head, pulled India out of the mire of despair onto a winning path.

The series was won at Chennai, and Indian cricket had got fresh direction with a clutch of outstanding players who were to take the team to wonderful heights over the next decade.

The 2011 season is special too. India, under Dhoni, became the world’s no. 1 Test side, and won the ODI world Cup too (the 10th anniversary of which is today), but finished the year poorly, whitewashed 0-4 by England in an away Test series.

Those who track Indian cricket diligently will have by now noticed a significant omission. Yes, it is about 1971, when Test series were won in the West Indies and England, ushering in a renaissance in Indian cricket. I pick this ahead of even 2000-1 for two reasons.

Both these were away series and India’s overseas record had been abysmal, with only one series won, against New Zealand in 1968, as mentioned earlier. Secondly, the Indian team in 2000-1 had a fantastic array of players rich in class and experience, unlike in 1971.

For those of my vintage, the `Indian Summer’ of 1971 is unforgettable. As a 15-year-old, I recall spending many days with transistor glued to the ears, following the wonderful exploits of Ajit Wadekar and his merry band of players. This was true of all cricket lovers in those days. There was no TV and internet. The radio was your only immediate connect to cricketing action.

The pride and fulfillment one felt when India went on to win those series remains unextinguished even after all these years. The joy was not just about winning at sports, rather about national identity. Through these triumphs, the country felt a surge in self-belief: India could compete with the best at the international level in any endeavor.

From a purely cricketing perspective, consider the hardship quotient for Wadekar and Co. A team packed with several rookies – Gavaskar, Vishwanath, Solkar, Ashok Mankad, K Jayantilal, — led by a first-time captain. It did not excite experts and critics who wrote off the team even before it took off for the Caribbean.

In fact, India had never beaten the West Indies in a Test before 1971 and had never won a Test in England. While the West Indies were an ageing side then, it still had players like Garfield Sobers, Rohan Kanhai and Clive Lloyd. England under Ray Illingworth had returned from a famous Ashes win Down Under and widely regarded as the world’s best Test team.

At Port of Spain in the second Test in March, and at the Oval a few months later, India got the better of their more fancied opponents. Wadekar and his team returned home to tumultuous welcome, a motorcade bringing the players from Santa Cruz airport to CCI, thousands of fans – yours truly among them — lining up the roads of Bombay to greet them.

In many ways, the season that has just passed, evoked similar passion, excitement and fulfillment. Who would have thought India could bounce back to beat Australia 2-1 after being bundled out for a harrowing 36 in the first Test? Who would have believed that the series would be won without 6-7 regular members of the side?

The manner in which this victory was achieved was spectacular for the fighting spirit and ambition of the players, especially the young ones, many of them debutants. Much as it was in 1971. And as it was 50 years back, this reflected the richness of talent in Indian cricket, as also a deep desire to win.

So which has been India’s best-ever season, 1971 or 2020-21? I am still debating this in my mind, but consider myself fortunate to have lived through these two cathartic seasons fifty years apart.