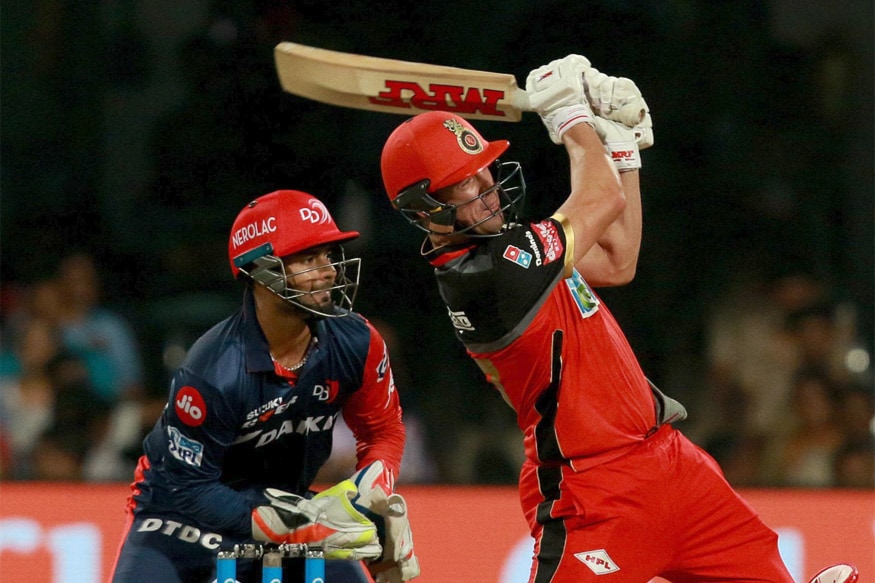 Chasing 175 to win, de Villiers scored a stupendous 90 off just 39 balls as RCB registered a comfortable 6 wicket win over Delhi.

The South African, who said that he wanted to be like the 'Black Mamba' in his performance, certainly lived up to the billing and entertained the capacity crowd.

He hit 10 boundaries and 5 sixes, including one 106m hit off Tewatia which hit the roof of the stadium. He ended unbeaten with a strike rate of 230.77.

RCB didn't start the chase well as they lost openers Manan Vohra (2) and Quinton de Kock (18) early. But then, Virat Kohli and AB de Villiers came together to rescue RCB, putting on 63-runs for the third wicket.

Kohli didn't look at his fluent best but was still managing to find the boundaries at regular intervals. Things changed in the 11th over as Trent Boult took a one-handed blinder on the boundary line to account for the RCB skipper.

Corey Anderson then played the second fiddle as de Villiers took complete control of the proceedings, hitting two sixes and a four of Harshal Patel's over to completely change the game.

Earlier, it was the Rishabh Pant show for Delhi which helped them reach what looked like an above par score on what was a slow and a turning pitch. Gambhir's poor run continued with the bat as he was dismissed after an ugly innings, scoring just 3. Roy didn't last long either, with Chahal picking him up for 5.

Shreyas Iyer and Rishabh Pant then got together, putting up 65 runs for the third wicket as Delhi fought their way back into the game.

Iyer scored 52 off just 31 balls, dismissed by Washington Sundar just when he was starting to look good.

Pant then started dealing in boundaries, picking pace. He hit seven sixes and six fours in his blistering innings of 85 off 48 balls.

The loss leaves Delhi firmly struck at the foot of the table with just 1 win in their 5 games. They will now move to Kotla and look to make most of the home leg, starting with a game against in-form Kings XI Punjab on Monday.

RCB meanwhile will look to continue the momentum when they take on the Chennai Super Kings on Wednesday.