She mentioned Ashwin and Vihari’s grit and passion towards their country moved her. 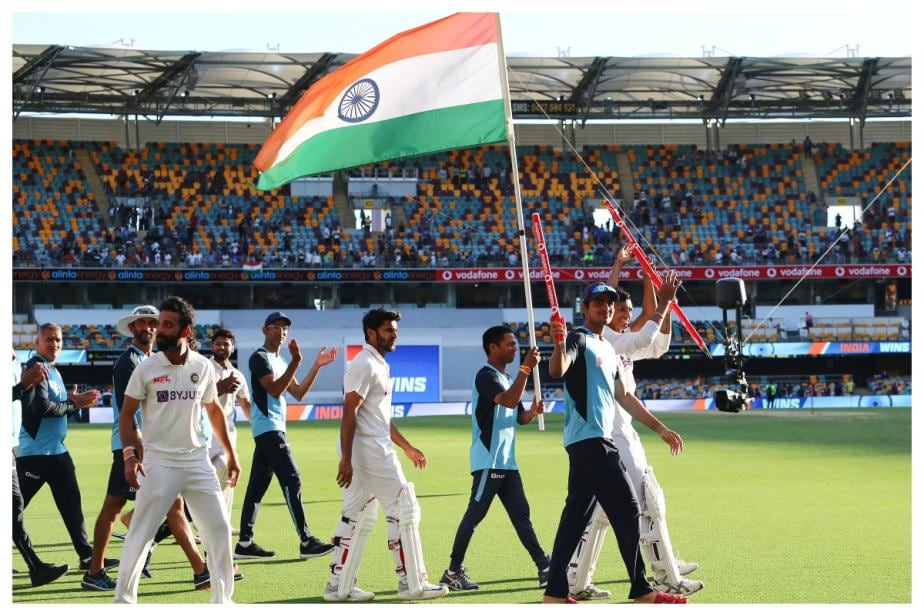 Much like every Indian, actress Saiyami Kher has been feeling ecstatic since India registered an exhilarating victory in the fourth Test at the Gabba. The actress has been actively updating her Twitter feed ever since India retained the Border-Gavaskar Trophy. Saiyami, whose primary passion is cricket, admits that she had been watching matches even when she wasn’t born. On her Instagram handle, the actress confessed that she cannot get over this series win. Saiyami also mentioned that she doesn’t want discussions of the Gabba breach to move on quickly as the historic win needs to be relished.

During her recent interaction with Rediff.com, Saiyami reckoned that it is one of the top five victories if one looks at one of the biggest comebacks of all time.Speaking about the weather in Brisbane, Saiyami remembered that a storm was expected on the final day. She was speaking to her friends that for a win, chasing 328 was unheard of. She was under the impression that India would manage a draw at most. Saiyami added that nobody could have thought how India dashedAustralia's hopes giventhe pitch at The Gabba on the last day.

For Saiyami, this was an unforgettable series winas she remembered how India was written off after the Adelaide debacle. By the fourth Test, people were wondering who would be a part of the playing XI. Everything was against the team yet they bounced every time despite the challenges.

Answering why she called the likes of Ravichandran Ashwin and Hanuma Vihari as bravehearts, Saiyami said that their batting on the last day of the Sydney Test, took her down the memory lane, making her remember how Anil Kumble bowled with a bandage against Pakistan, or when 16-year-old Sachin continued to bat despite a bleeding nose. She mentioned Ashwin and Vihari’s grit and passion towards their country moved her. Has Team India proved ‘Never give up’ to us again? In reply, Saiyami said more than that, this younger generation in the team showed that they had no fear and decided to go for a kill.

For Saiyami, what stood out the most was the leadership. Also, how they played like a team is noteworthy. Everyone being there for each other is what team sport is about. “It felt like Lagaan all over again,” she said as they all came with their back stories.