Natarajan who became the first Indian player to debut internationally across all the three formats on the same tour shone with the ball on his maiden tour Down Under. 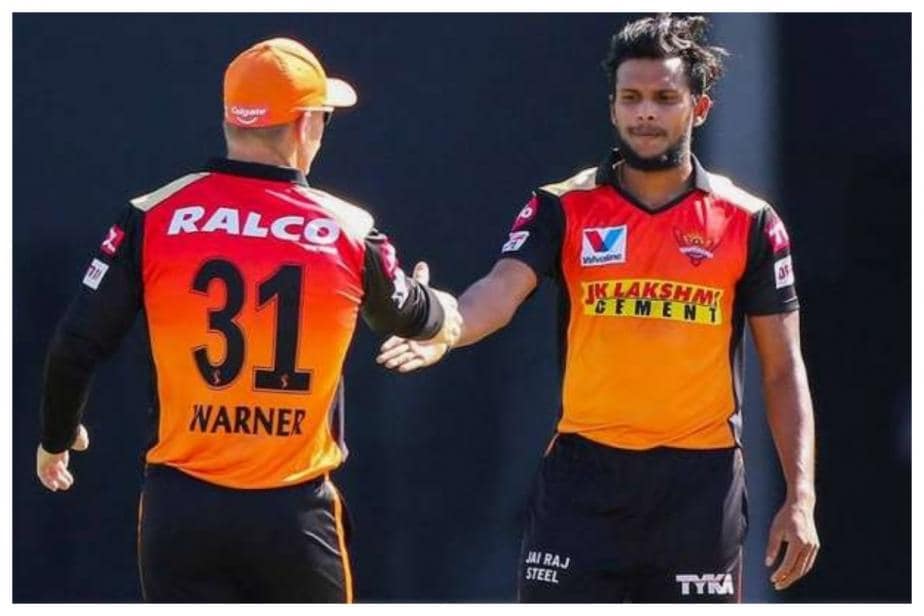 Australia opener David Warner has expressed his happiness over left arm-pacer T Natarajan’s achievement in his short international career thus far. The swashbuckling batsman, who led the Tamil Nadu youngster in Sunrisers Hyderabad (SRH) during the Indian Premier League (IPL) 2020, termed him ‘an absolute legend.’ Natarajan who became the first Indian player to debut internationally across all the three formats on the same tour shone with the ball on his maiden tour Down Under. It turned out to be a fantastic tour for the left-arm seamer who picked six wickets in three matches.

The 29-year-old was picked as a replacement for the KKR star spinner Varun Chakravarthy who sustained an injury post-IPL 2020. Natarajan was drafted into the T20I side for the Australia series and stayed back as a net bowler for ODIs and Tests. With his stellar yorkers in the ODIs and T20Is, he impressed one and all by capping off the Test with 3 scalps to his name.

While speaking on Sports Today’s YouTube channel, Warner sent his greetings to Natarajan aka Nattu and expressed how much he loves to have a player like him in his SRH team. Natarajan, who became father to a daughter towards the end of IPL 2020, stayed back and travelled to Australia with the rest of the contingent to perform his national duty. Warner lauded the bowler, who sacrificed seeing his new-born to represent his country. "What a talent he is... what a magnificent achievement,” expressed Warner.

For the unversed, in IPL 2017, Natarajan was snatched by the Kings XI Punjab, however, he didn't have a successful season. The following season, SRH signed Natarajan’s services and the Aussie star showed faith in the bowler’s ability.

Natarajan who bowled in tandem with Rashid Khan formed a benefitting partnership for the Hyderabad based franchise. Warner recalled how the side used Natarajan outside the powerplay throughout the tournament. He remarked his exceptional display of death bowling and is looking forward to what India’s bowling sensation brings to the table in the upcoming edition of the IPL.