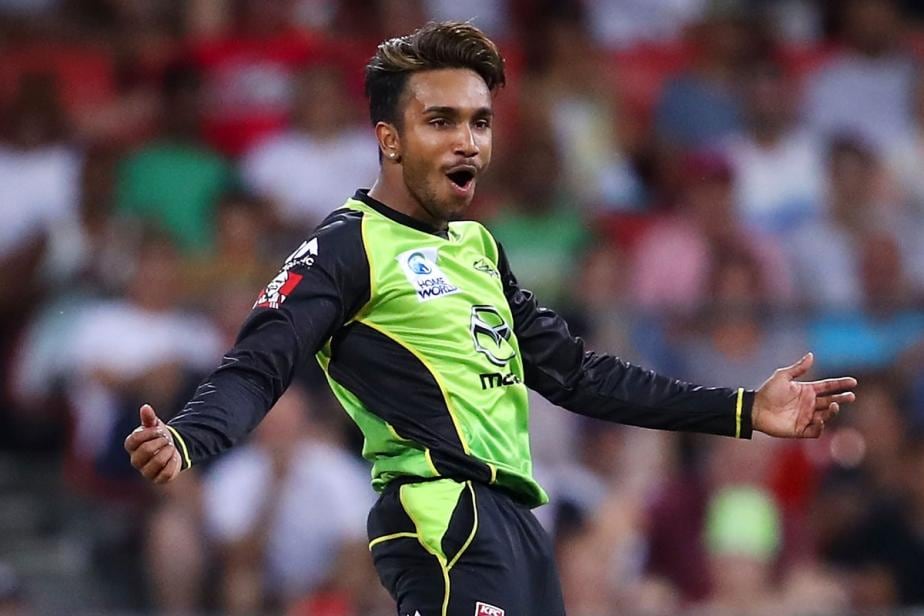 Arjun Nair has re-signed with Sydney Thunder for the upcoming Big Bash League (BBL) season ten. He described the franchise as his "second home".

Arjun Nair has re-signed with Sydney Thunder for the upcoming Big Bash League (BBL) season ten. The right-arm spinner, while signing for his fifth campaign on October 6, described the franchise as his "second home".

Fairfield Liverpool all-rounder Arjun Nair played for Thunder his first ever game as a rookie when he was just 18-year-old. Nair stated that playing for the Thunder in the Big Bash is a big deal and also means a lot to him.

Nair, who was identified by former national captain Greg Chappell five years ago, said he’s striving to improve as a player. The 22-year-old, pronounced as one of Australian cricket’s brightest talents by Chappell, had a wide ranging role for the Thunder in the last year's campaign. Nair became a Mr Fix-it in the Challenger Final last year, which included a quick-fire 30.

Sydney Thunder coach Shane Bond expressed Nair's skill is integrated with his enthusiasm, regardless of the situation and is no less of an asset.

He said that Nair formed part of a "really nice group of local spinners" and it will help provide Thunder's upcoming season with an edge. Bond recounted how important were the cameos that Nair played last summer. He said that he is a very capable batsman and has a very different skillset as a bowler.

ALSO READ: WBBL: Harmanpreet Sparkles with Bat and in the Field in Sydney Thunder Win

Bond said that young players like him are wanted by the club to be around. Although cricket matures in young guys at different times, he identified it in Nair’s game last year.

"That included Arjun bowling in the powerplay for the first time [last summer] and he was developing that skillset. Hopefully we'll get to showcase that again this season,” sydneythunder.com.au quoted the coach as saying.

Sydney Thunder is set to open its tenth BBL campaign this year on December 5. It will go against the Melbourne Stars at the MCG. The second game against Perth Scorchers will happen at Sydney Showground Stadium on December 8 2020.