Ashes 2019 | Warner Enjoys Banter with Crowd of Characters at Edgbaston

The Australian cricket team have been taking plenty of stick from the hostile crowds in England during as the Ashes series got underway this week. 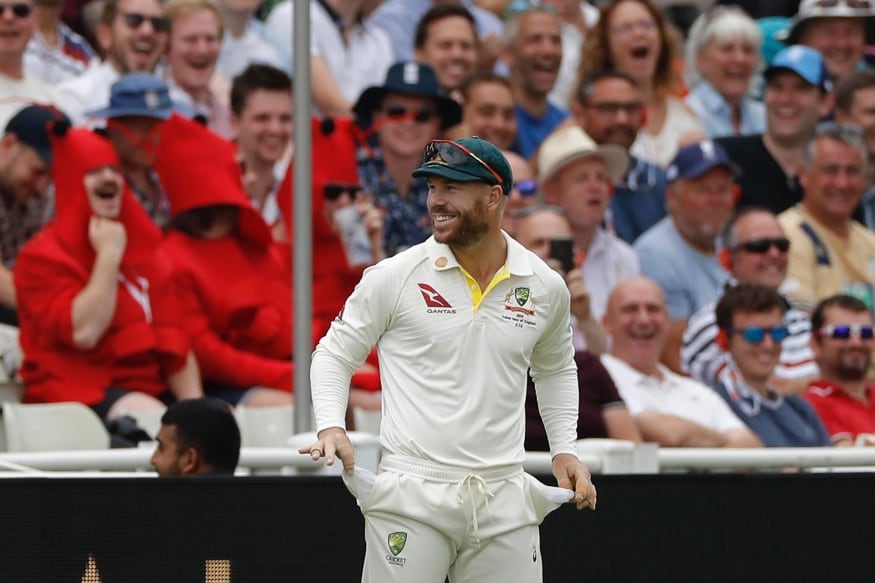 The Australian cricket team have been taking plenty of stick from the hostile crowds in England during as the Ashes series got underway this week. Former skipper Steve Smith was booed on way to his 24th Test century and it was David Warner’s turn to hear the music on the boundary on Day Three of the first Test at Edgbaston on Saturday (August 3).

In recent years, Saturdays have also historically evolved into each match's informal 'fancy dress day', at which spirits in the public seating sections are invariably highest. So the chanting, the singing, and the costumes that were scattered throughout the few thousand seats of the Birmingham stadium's Hollies Stand as Australia took the field.

The unexpected element arrived after lunch when Warner was positioned in the outfield directly in front of the delighted mob. As one of the three principal targets for his role in the ‘Sandpaper Gate’ controversy, Warner knew what awaited him.

Warner though appeared to enjoy his interactions on the boundary rope, and actively engaged in the endless ribbing that he wore. At one stage, he pulled the pockets of his pants inside out and extended his hands in a smiling show of transparency, to the delight of the throng that is regarded as being among the most voluble and parochial in world cricket.

Fast bowler James Pattinson, who briefly lived in Yorkshire with his family when aged six before they returned to Australia, knows the idiosyncrasies of English crowds.

"The good thing with Davey is he's just the same person, whether he's going well or not," Pattinson was quoted as saying by cricket.com.au.

"He's always bubbly around the team, he's always helping out, that's the great thing about him. And with everything that's gone on with the crowd, he seems to handle it pretty fine and that's the kind of person he is.

"He's all for the team, whether he gets runs or he doesn't he's always up and about,” he added.

Pattinson admitted there were times on Saturday "when the crowd was going crazy".

As was shown late on Saturday when Steve Smith, another to cop endless taunting from the British crowds, was struck a nasty blow to the batting helmet by England all-rounder Ben Stokes. The pair recently played together for the Rajasthan Royals in IPL-12, and Stokes' genuine concern for Smith's wellbeing was obvious.

"I'd like to think that everyone gets along with each other, and no (one) really has enemies in life," said Pattinson, who has developed a strong friendship with England quick and Nottinghamshire teammate Stuart Broad.

"In the end, we're all human beings, we all want to get along. When you're out there we do play it tough but there's always time for a bit of a joke and a bit of a smile.

"I think sometimes people can take things a bit too seriously and forget we're playing a game that we love, and so are the opposition. We play it hard, we play to win the game but you want to do it with a smile on your face,” the Australian paceman added.​