The 28-year-old aggregated 163 runs in two matches, including a Player of the Match performance of 101* in the second fixture, which helped her advance four places and dislodge West Indies captain Stafanie Taylor from the top. 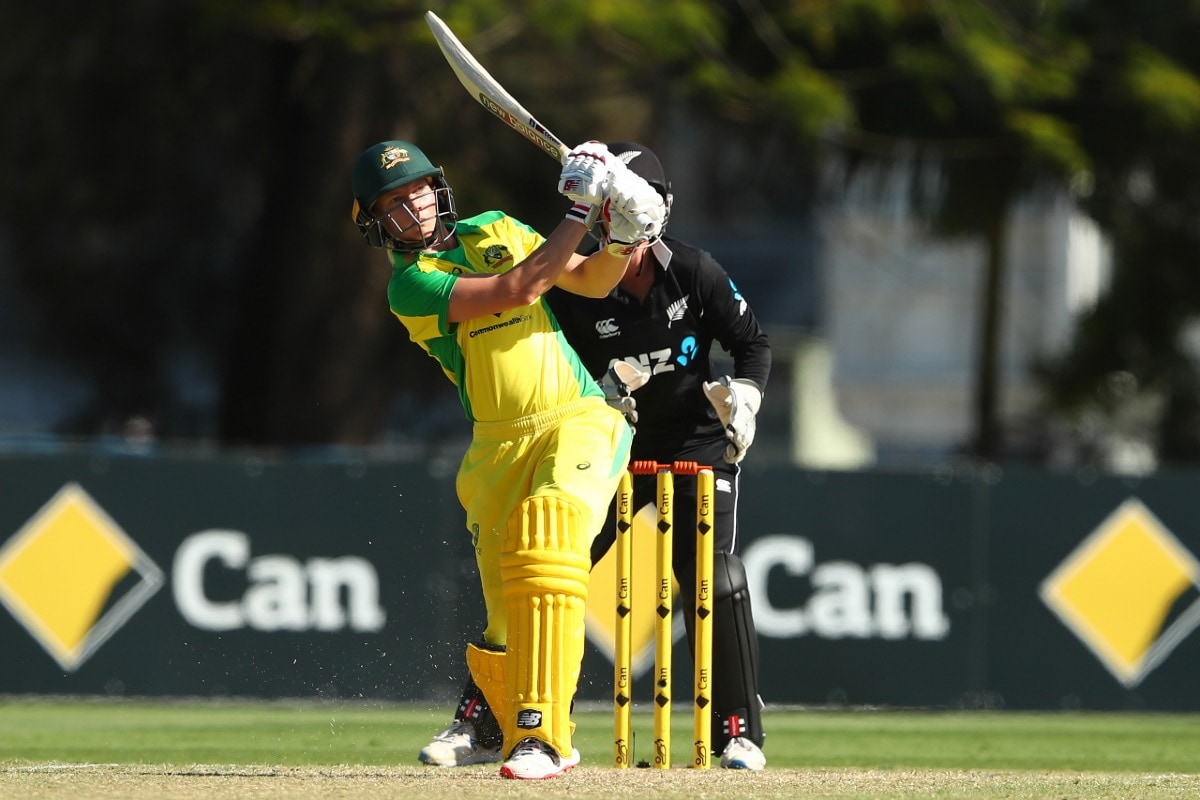 Following her impressive display with the bat, Australia captain Meg Lanning has reclaimed the top position for batters in the latest ICC Women’s ODI Player Rankings. She played a leading role in her side’s 3-0 whitewash of New Zealand in Brisbane that saw the six-time world champions to a record 21 consecutive wins in the format.

The 28-year-old aggregated 163 runs in two matches, including a Player of the Match performance of 101* in the second match of the ODI series, which helped her rise up four places and dislodge West Indies captain Stafanie Taylor from the top.

This is the fifth time that Lanning has grabbed the top spot, the last occasion being in October 2018. She has been No.1 for a total of 902 days since the first time in November 2014.

During Australia's ongoing 21-match winning streak, captain and vice-captain Meg Lanning and Rachael Haynes have put on partnerships in over half the innings they have batted together pic.twitter.com/n5XiIiBQd9

Meanwhile, Rachael Haynes, who led the side in the final ODI after Lanning was ruled out due to a hamstring injury, also made some quick progress. The Australian gained seven places to reach a career-best 13th position after finishing as the most prolific scorer in the series with 222 runs that comprised knocks of 44, 82 and 96.

The women's ODI bowlers' list is also led by an Australian. Left-arm spinner Jess Jonassen’s eight wickets in the series, which included a haul of 4/36 in the second match, helped consolidate her position at the top of the table for bowlers with a career-best 804 rating points.

The first time Jonassen topped the ODI bowlers’ list was in July 2017 and she has been No.1 for 599 days spread over six spells, including the ongoing one that commenced in October 2019.

Spinners Georgia Wareham (up from 35th to 24th) and Sophie Molineux (re-entered at 44th) too have made notable headway in the latest update.

For New Zealand, formerly top-ranked Amy Satterthwaite has re-entered the ODI rankings in the fifth position after scoring 111 runs in the series, even as another former captain, Suzie Bates, has lost a place in the top 10.

In the ICC Women’s ODI Team Rankings, Australia and New Zealand remain in first and fifth positions, respectively. Australia have gained two points since the annual rankings update last week to move up to 162 points while New Zealand have lost two during the series and are now on 92.