Avesh Khan Interview: 'Nailing Yorkers Key to Success in Any Form of Cricket'

Avesh Khan Interview: 'Nailing Yorkers Key to Success in Any Form of Cricket'

Avesh Khan believes in bowling with a free mind, a strategy, he feels, delivers positive results. He spoke to CricketNext on a wide range of topics.

Avesh Khan knows the feeling of what it is like to represent India in international cricket. He may have yet to play for the senior team but has a taste of what it’s like to don the national jersey having been part of the U-19 world cup team. Soon, he will be in England with the senior Indian team as a standby player.

It won’t be his first brush with India’s elite cricketers as he was with the squad earlier this year in the capacity of a net bowler during the England Tests. The difference between those two roles is that Avesh, 24, has a real chance of making the cut in the Indian cricket team should the need arise and he’s ready for the chance should there be one.

EXCLUSIVE: When The Right Time Comes, Things Will Fall Into Place – Nagwaswalla on Representing India

Avesh, who represents Madhya Pradesh in domestic cricket, has been on the list of several experts as the find of the IPL 2021 season. With 14 wickets from eight matches, he was the joint-second highest wicket-taker before the league was suspended. Soon, he was included alongside pacers Prasidh Krishna and Arzan Nagwaswalla among the standbys for the highly anticipated England tour where India are to play six Tests including the final of the ICC World Test Championship.

CricketNext caught up with Avesh who opened up on a wide range of topics.

You were second in the list of top wicket-takers in IPL 2021 before it got suspended. What did you work upon that resulted in such performances?

Playing matches regularly makes difference. If you keep on playing, then only you get noticed. Haven’t made any major changes to my bowling, it’s been the same as in past years. Last year the team was performing really well, so I didn’t get many chances. This year I got the chance from the first match onwards because Ishant bhai had a niggle while (Kagiso) Rabada and (Anrich) Nortje weren’t available for the initial few matches. I performed well in the first match itself and felt good.

You bowled in Powerplay and then also during the death-overs regularly. Is that something that you have worked on as part of preparations?

I was in good rhythm from the very beginning. My executions were perfect. Rishabh Pant wanted me to bowl the difficult overs plus I had confidence in myself. It wasn’t something pre-planned as Pant used to assess the match situation and on that basis, my spells were planned.

You have known Pant for quite some time. You have played together for Indian team at the U-19 World Cup. How is your equation with him?

Rishabh and I are good friends. We spend time together ever after matches, sometimes we have dinner together as well. Our discussions revolve around cricket mostly. He displayed good leadership skills. The result is proof. He rotated his bowlers well. I enjoyed a lot playing under him. His form with the bat was excellent as well. He’s always encouraging us during the team meetings, always keeps the team above everything else.

Vijay Shankar Interview: No Compulsion That All-Rounders Should Bat at No. 6, I Can Be Like Watson or Kallis

Have you noticed any changes in the captaincy of Rishabh Pant and Shreyas Iyer?

Not much difference though. Both back their players. They are young players and I think both are quite impressive as leaders. Both consult bowlers before placing fields and advise us on where to pitch the deliveries.

How has been the experience of working with DC coach Ricky Ponting?

Ricky sir has always backed me. I have been associated with him for some time now, so he knows me well. Last two seasons we have been doing well, we qualified for the playoffs, played the final last season. Even during this season, we won six out of eight matches. He backs all his young players, speaks to them before and after the games. He gives his inputs on how we can improve ourselves. During team meetings, he’s very positive. Personally, he is fond of me and backs me. Before my first match this season, he told me that my time has come, I know you will do well. You have learned a lot so now the time has come for you to deliver. 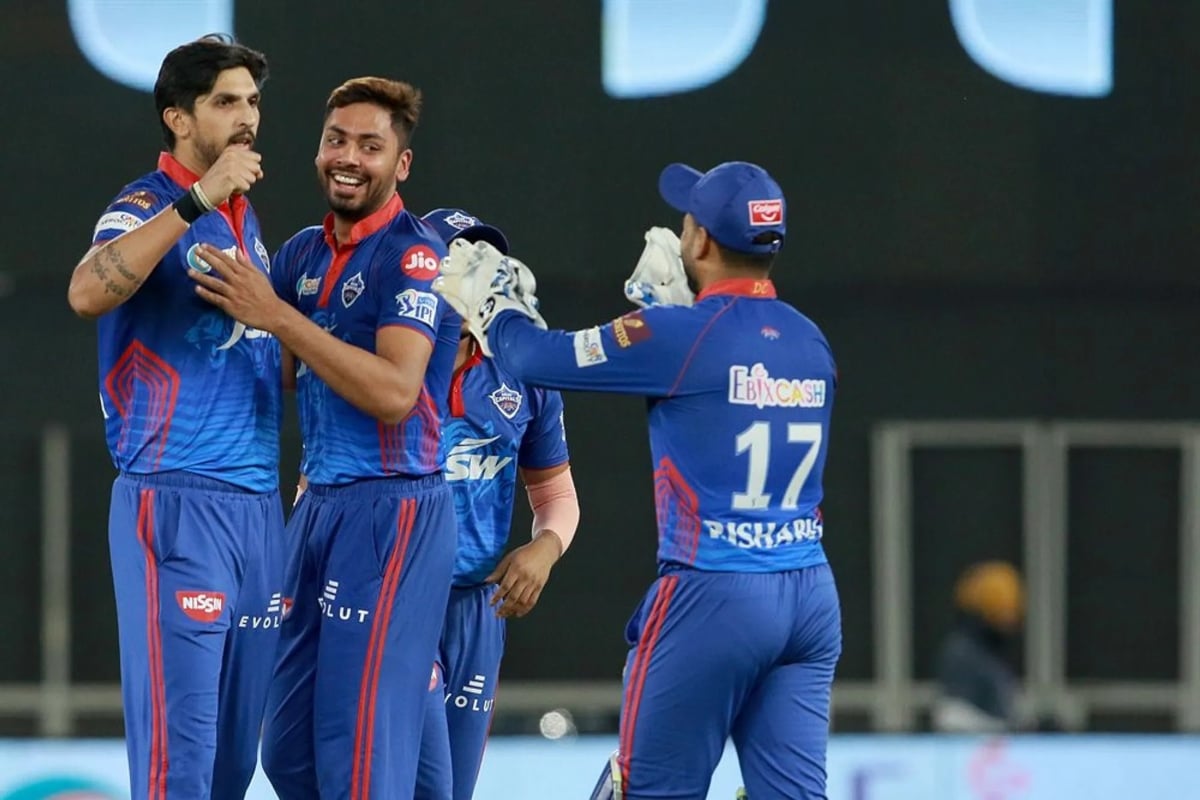 As a bowler, how would you describe your development since India U-19 days?

I have always aimed at improving myself. I didn’t use to bowl slower ones so I developed one. Plus, I have worked on my execution. During death overs, you have to get everything right because the batters are going for big hits and there’s some pressure. So in such situations, you have to nail your yorkers. The same goes for Powerplay. I bowl bindaas (carefree). What I feel is the appropriate delivery in any given situation, I go for it. The key is to not take the pressure. If you are free-minded; positive results will follow.

During Syed Mushtaq Ali Trophy this season, there were a few matches where you batted higher in the batting order…

During the practice matches, I did well with the bat. Unfortunately, it didn’t come out well during the matches. The idea was that me batting lower down the order won’t be of much use and that If I can play a few big hits at the top, it will only help the team’s cause. I take my batting seriously too.

Ever thought the time to represent the Indian senior team will come so soon?

From the day, I wore the U-19 India jersey, my dream has always been to play for India. There’s no specific age to play for India as such. Wearing the national team’s jersey and cap gives an altogether different feeling. Since my U-19 days, I had this target to represent my country as soon as possible.

Did you always wanted to be a pacer?

I always wanted to be a fast bowler. I started with the tennis ball and I was quite fast. And then in the age-group with the season ball, I kept on doing that. It felt great.

What is your biggest strength?

I hit the hard length quite well. With the white ball, wide deliveries, and yorkers are also my strengths and with the red-ball, I can hit a particular length consistently. Every year before IPL starts, I work on perfecting yorkers. It’s one delivery that if you execute perfectly, there are fewer chances of batters scoring runs off it in IPL. Whenever I am preparing for white-ball cricket be it at the domestic level or in IPL, I have always focused on perfectly executing my yorkers.

You dismissed both Virat Kohli and MS Dhoni’s wicket during IPL 2021. Whose wicket did you enjoy the most?

Both are legends of Indian cricket. I enjoyed dismissing both of them. For a budding cricketer like me, they were joyous occasions. I spoke with Kohli during IPL when DC played RCB. He told me that I bowled well and should continue doing this.

What difference have you noticed between IPL and domestic cricket?
Domestic cricket doesn’t get as big coverage as IPL does. People show more interest as well. IPL is a bit glamourous because you can watch it on TV regularly. People start taking notes if you perform well in it. That’s the only difference. As far as quality goes, IPL sees the participation of so many world-class cricketers.
Domestic cricket is your basis. You cannot leave it as a player grows by playing at that level only. I enjoy playing domestic cricket.

Did you pick the brains of India bowlers while your time as a net bowler with the national cricket team?

Any specific plan for England tour?

First I will have to understand what the English conditions are like. Will speak with others and try to implement those. The conditions there are quite suitable for red-ball cricket. Will try to learn as much as possible.

Do you have any idols?

I don’t have an idol. I have always tried on improving myself. I watch my performances to see where I lag, my mistakes, and which areas need to be worked on.