What happened next was just too funny and as many called it, 'the most Australian thing you will ever see.' 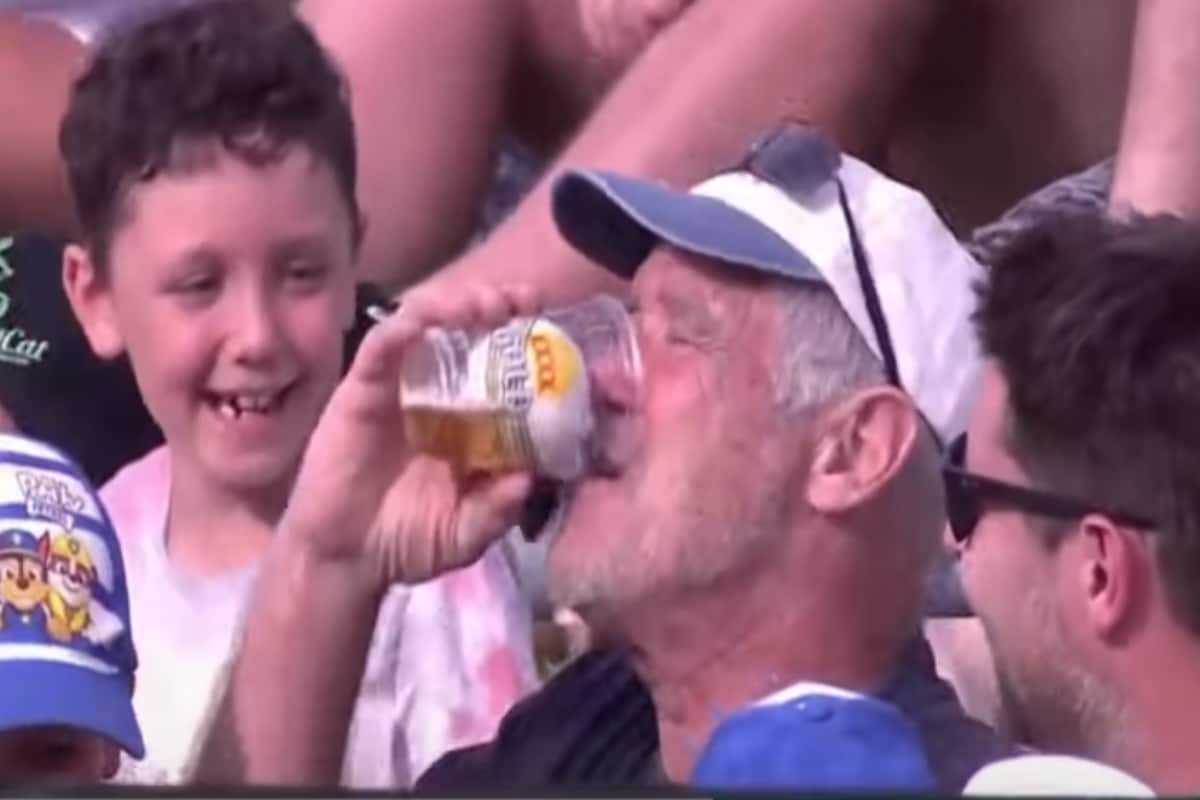 What a catch! In a bizarre moment that happened in the ongoing Big Bash League tournament, a sixer off the bat of Hobart Hurricanes’ Dawid Malan landed in a cup of beer a fan in attendance was having. But the Aussie wasn’t going to give up the beer as he refused to return the ball to Melbourne Stars’ fielder Sam Rainbird who came to collect it. What happened next was just too funny and as many called it, the most Australian thing you will see today.

It happened in the sixteenth over of the first innings when Malan smashed a delivery off the seamer Lance Morris over the fine leg for a six. One of the fans tried to grab it but fumbled and dropped the catch. Moments later he raised his hands in celebration as the ball landed in the beer cup of the guy next to him.

The beer guy ignored Rainbird's attempts to get the ball back and went on to gulp the drink down his thirsty throat as the crowd, players and the commentators were left amused. Only after he finished his drink, he tossed the ball back into play. But the ball was not fit for play anymore and the umpires had to get it changed.

Check out the hilarious moment here:

The clip has since gone viral on social media with more than 59,000 views on YouTube alone. It was bound to invite some crazy comments from the netizens.

“His kidneys will be reverse swinging from now on,” commented one user.

“Undoubtedly this is one of the funniest catches taken by an audience in cricket history,” wrote another.

“Would have loved to see how the drunken ball would have behaved,” wrote a third user.

“This has to be up there with one of the most Australian things ever recorded,” read yet another comment.

Dawid Malan ended up scoring 75 runs off 56 balls helping his team set a target of 165 runs for the Stars. In reply, the Stars could only manage 143 runs in 20 overs as they lost by 21 runs.