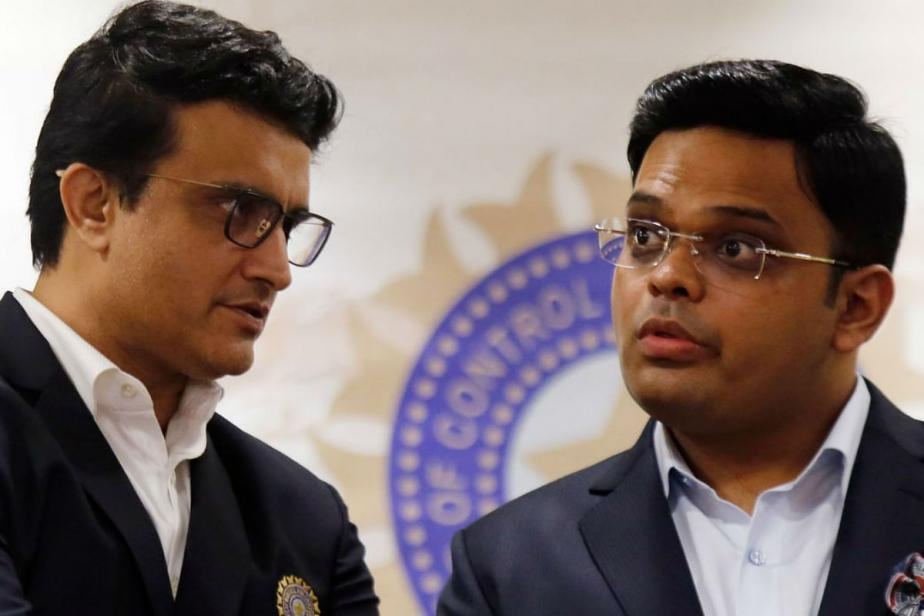 Ahead of the inaugural game at the new stadium, the BCCI members will be divided into two teams. While BCCI president Sourav Ganguly will lead one side, another will be led by BCCI secretary Jay Shah.

The Annual General Meeting of BCCI which is scheduled to start in Ahmedabad on Thursday, December 24, will have an on-field twist to it. Ahead of the cricket body’s AGM, the board members will face each other in a friendly game of cricket at the newly built Motera stadium in the city. The new sporting venue is the largest cricket stadium in the world with a seating capacity of over 1, 14,000.

Ahead of the inaugural game at the new stadium, the BCCI members will be divided into two teams. While BCCI president Sourav Ganguly will lead one side, another will be led by BCCI secretary Jay Shah. The duo has formed a formidable partnership in cricket administration, however, this will be the first time as Ganguly and Shah will come face to face on the pitch.

According to a TimesNow report, former IPL Chairman Rajiv Shukla will be the match referee. Other than Ganguly 28 members of the electoral board will be present in the AGM. In the upcoming 89th AGM of the Board of Control for Cricket in India, several important issues related to Indian cricket will be tabled which might include the resumption of domestic tournaments and also the inclusion of two new teams in the Indian Premier League (IPL).

BCCI will be keen on adding two new teams to the cash-rich league which might put speculations to rest that the IPL 2021 season will be played with regular eight teams. There are reports that bids will be invited for the addition of two new teams beginning from the 2022 season to the IPL.The AGM will also discuss preparations for England’s tour of India in 2021. The current Indian cricket team’s poor show in the ongoing Test series against Australia is also likely to be discussed. In the First Test in Adelaide, India registered just 36 runs,  its lowest ever score in the longest format of the game.

BCCI president Ganguly is also expected to face some tough questions from the board members in regard to a couple of brand deals he had signed post his appointment. There have been murmurs about the possible conflicts of interest.