Prithvi Shaw has wished Surya in his own way. (Pic Credit: IG/prithvishaw)

The picture was edited using the gender swap filter.

Wishes are pouring in from all around for India batter Suryakumar Yadav who turns 31 on Tuesday. Amidst the plethora of birthday wishes from SKY’s family, friends and colleagues, one particular message stands out which has come from his India and Mumbai teammate Prithvi Shaw.

On SKY’s birthday, the Delhi Capitals (DC) opener decided to post a hilarious photograph of his teammate with which he often shares hilarious clips on Instagram.

The picture was edited using the gender swap filter.

“Happy birthday, Suryakumar Yadav,” Prithvi captioned the post on the Facebook-owned platform. He also used three emojis – silly face, face with tears of joy and a red heart – in the post. 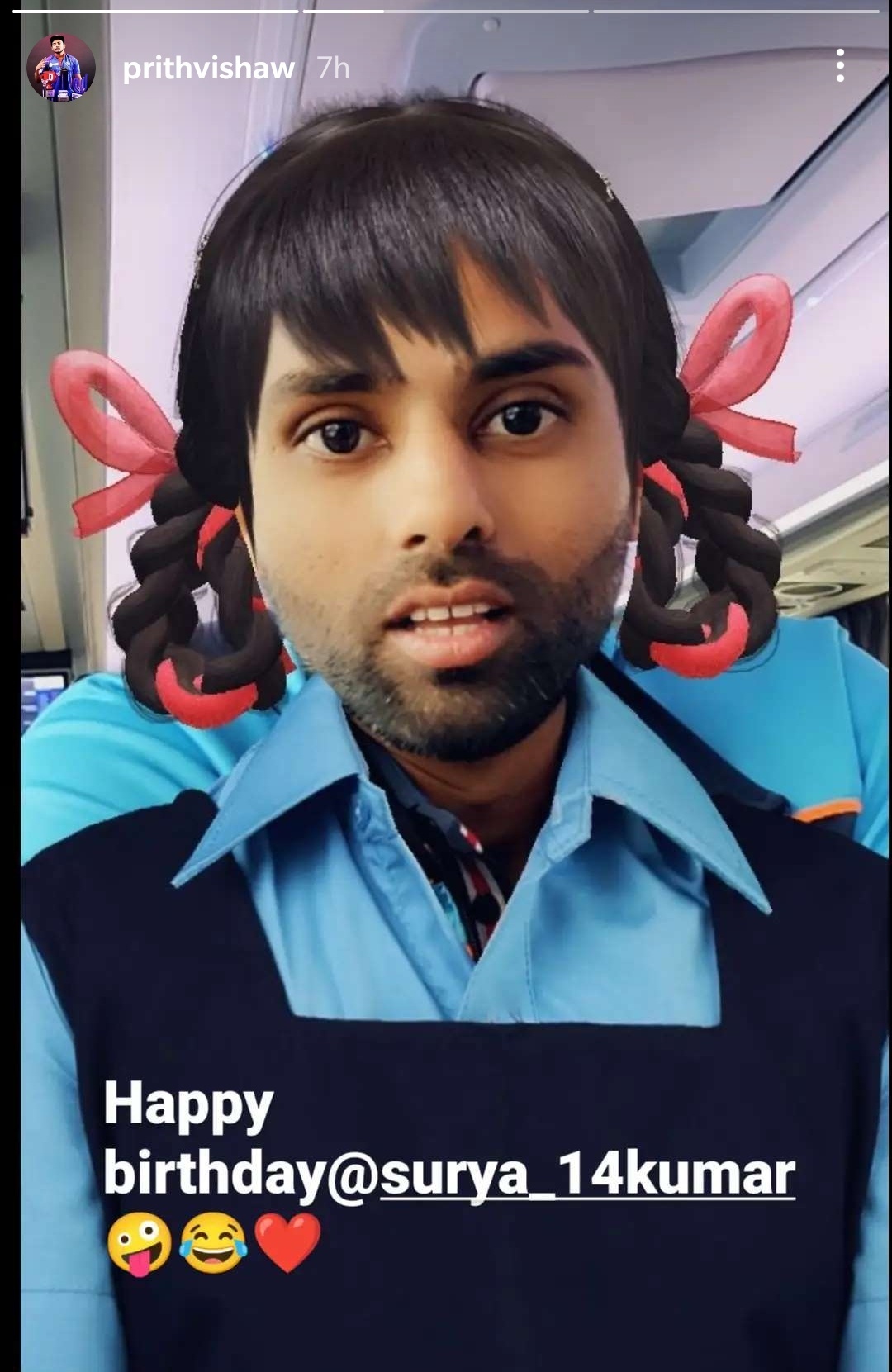 Suryakumar and Prithvi share a very good camaraderie. The two star cricketers are often seen entertaining fans with their antics on social media.

Earlier, during India’s tour of England, the duo enacted a scene from Surayakumar’s favourite movie Andaz Apna Apna in an Instagram video.

The video of the same was shared on the 31-year-old’s Instagram handle.

The International Cricket Council (ICC) also extended their greetings to Suryakumar on his special day by sharing a snap of the swashbuckling cricketer in India’s blue jersey.

How much of a say will he have at the #T20WorldCup? pic.twitter.com/0gs0Vig8P8

Suryakumar was last seen in action during India’s limited-overs tour of Sri Lanka earlier this year and later flew to England to be part of their Test series.

The ace cricketer will to return to action later this week when his Indian Premier League (IPL) team Mumbai Indians will be up against MS Dhoni-led Chennai Super Kings in the 30th match of the cash-rich league this season.