For the one-time self-appointed high priests of the cricket world, seeking out excuses has become second nature as they have been dethroned and fresher, newer, smarter rulers are grabbing the spotlight. 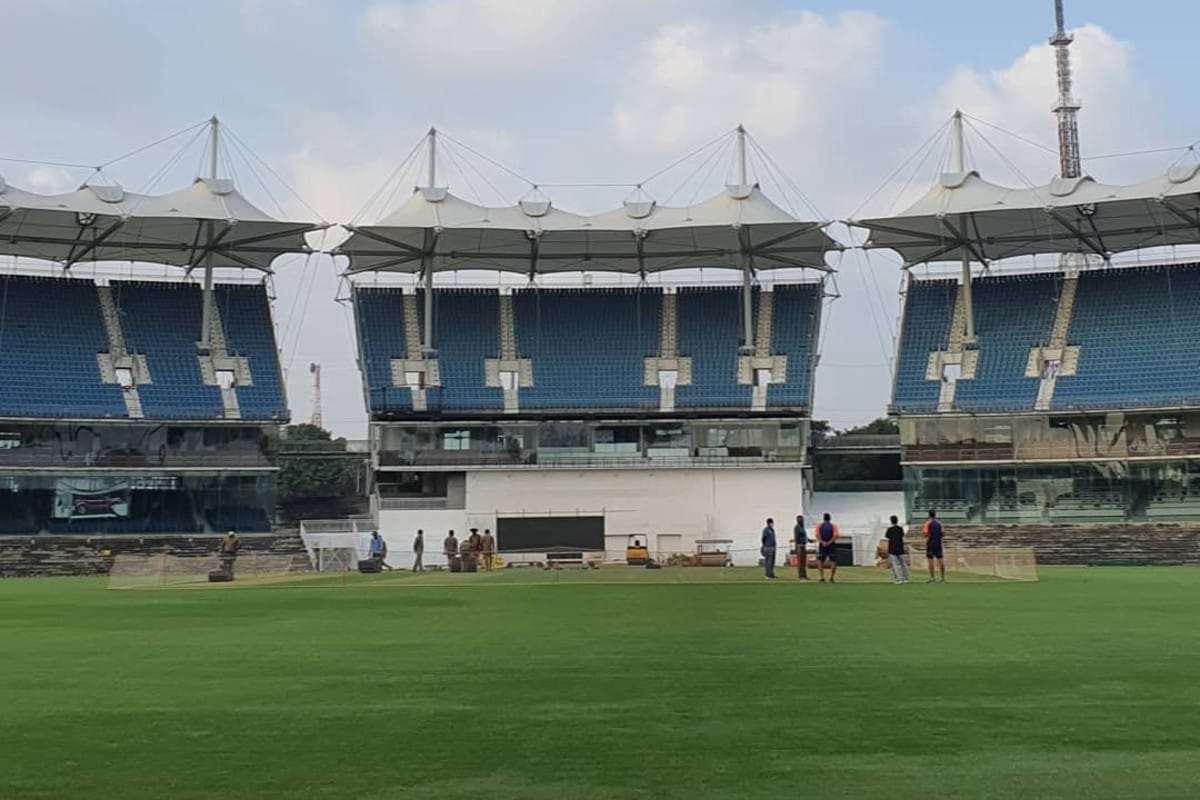 Pace and spin are the yin and yang of bowling, contrary forces that complement each other, that are inter-related to one another. Yet, this concept of dualism invariably sparks heated debates on which is dark and negative, what is bright and positive.

Alright, maybe that’s a little extreme, but you could be forgiven for assuming so given the hoopla that has surrounded the playing surface for the second India-England Test, at the MA Chidambaram Stadium in Chennai.

To the cricket-uninitiated, this singular focus on the playing surface, especially in the sub-continent, might at once be hilarious and befuddling. Aren’t outcomes of sport decided by the relative skill-sets of the players concerned, not by a small strip of land in the vast ocean of the playing arena? Or, at the very least, shouldn’t they be?

And therein lies the charm of this enchanting game of bat and ball. Not without reason is it said that cricket’s played as much between the ears as in the middle. That matches are lost and won in the mind as regularly as on the park. The nature of the pitch doesn’t exclusively determine the destination of a contest, but it can influence the result humongously, especially if the specialised skill-sets of the two teams involved are diametrically opposite.

Historically, Asia has been the land of spin. It’s where bearded gentlemen with exotic turbans as well as a spring in their step and mischief in their eyes bound in from but a few yards, propel the tiny orb at a gentle pace but create magic with sinewy fingers and supple wrists, teasing and embarrassing batsmen. Outside of this region, the onus is markedly on running in from a long distance, pounding the turf, gathering oneself in a grand leap and hurling the ball with tremendous pace which, allied with movement in the air and off the surface, can leave egos and limbs badly bruised.

A complete team is one that has a balance of yin and yang and, therefore, boasts an attack capable of holding its own in the Asian continent and beyond. It’s not a balance easy to strike, not with the market forces being what they are, even though it’s beyond question that the Asian teams have bridged the pace-bowling gap more effectively than the rest have the spin divide.

Perhaps by happy accident or deliberate design, ‘Test’ cricket aptly illustrates what the longest version of the game entails. It tests stamina and character, temperament and steel, as much as it does technique and skill. It throws up challenges that transport you violently out of your comfort zone and require you to improvise and adapt on the fly if you are not to be left behind. Country vs country battles develop a whole new context when teams travel away from home to be confronted by hostile crowds, alien climes and, most significantly, unfamiliar playing surfaces unique to each nation.

That’s why greater significance is attached to matches won on overseas territory. The conquest is not merely of the opponent, but of the myriad other facets that put teams through the sternest, most unforgiving scrutiny. The weak will be found out all too easily, the meek will be tamed, the faint-hearted mercilessly exposed.

Until a couple of decades back, travelling overseas came with a statutory warning: Be prepared for a traumatic experience. Now, with the world having shrunk into a global village, thanks to the profusion of T20 cricket, teams are more accustomed to meeting hitherto daunting challenges with greater dexterity and confidence.

That’s why the massive brouhaha over the Chepauk surface has been hard to understand. To be fair, the whining and whingeing hasn’t emanated from the English camp, which has officially refrained from making sweeping pronouncements beyond calling the surface ‘challenging’. That’s as it should be, because professional sportspersons understand that the greatest satisfaction lies in battling the odds and coming out triumphant. 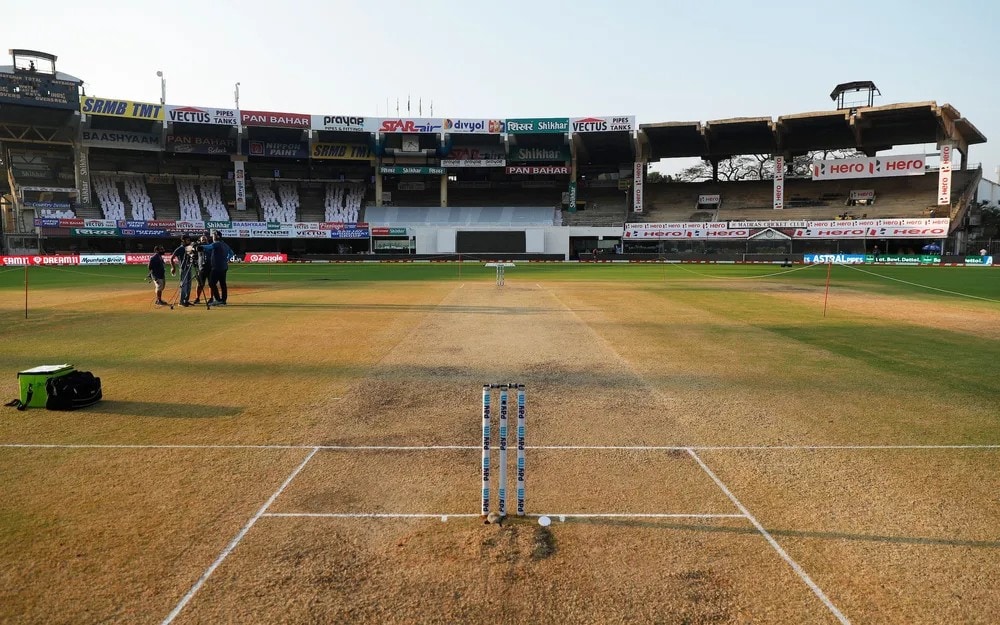 The strident notes of discord have been struck by men who played for, and led, England in the past, those who have appointed themselves cheerleaders, those who believe they have been conferred with the divine right of deciding what is right and what is wrong, what’s acceptable and what’s not.

Home advantage is an accepted feature of sport, any sport. In cricket, that often means producing surfaces that suit your strengths without being outlandishly outrageous in the process. In India’s case, while the balance of power is gradually shifting towards the band of pacers assiduously groomed and nurtured by bowling coach B Arun, the gargantuan presence of Ashwin dictates that spin remain the primary mode of destruction right now. Towards that end, India laid out a deck for the second Test that facilitated true turn – and bounce – from day one. What that did was take the toss out of the equation and ensure that the outcome didn’t depend on which way the coin settled, like it happened in the first Test when England won the toss, and almost logically, won the match. This game would be decided on how teams handled the heat. India did so admirably, England were found well wanting. That should have been that.

Unfortunately, for the one-time self-appointed high priests of the cricket world, seeking out excuses has become second nature as they have been dethroned and fresher, newer, smarter rulers are grabbing the spotlight.

To be fair, there is a general feeling beyond Asia that a track that aids spin from day one is dangerous and diabolical, whereas one where 15 wickets fall to pace on the first day is a sporting surface where the balance is titled towards the bowlers. In which world is that acceptable logic? Why is it, for instance, that when teams from the sub-continent struggle to counter swing, pace, bounce and seam away, they are lampooned for not being good enough, but the same treatment is not reserved for overseas batsmen befuddled by the turning ball in Asia? Why is preparing a track to assist an arsenal of pacers ‘sporting’, and a surface that dictates nimbleness of feet and dexterity of hands dismissed as ‘doctored’? Why is it, most significantly, that Asian teams don’t complain about playing surfaces in England and Australia and South Africa and New Zealand, but the backers of these four sides carp about the ‘bunsen burners’ in this part of the world?

Let’s face it - the strip for the second of the Chennai Tests was anything but a minefield. Yes, the black-clay top crumbling made for dramatic television pictures, the exploding of the turf threw up theatre. Yet, not one wicket was surrendered to the vagaries of the track, to the misbehaving ball that had a batsman’s name on it. On the same track where England keeled over for 134 and 164, India stacked up 329 and 286, the latter on a back of a century from a specialist spinner batting at No. 8 on day three of the match. If that doesn’t sway the sceptics, nothing will. Then again, maybe we are being just too naïve, expecting pace and spin to be viewed through the same prism of balance and fair play.