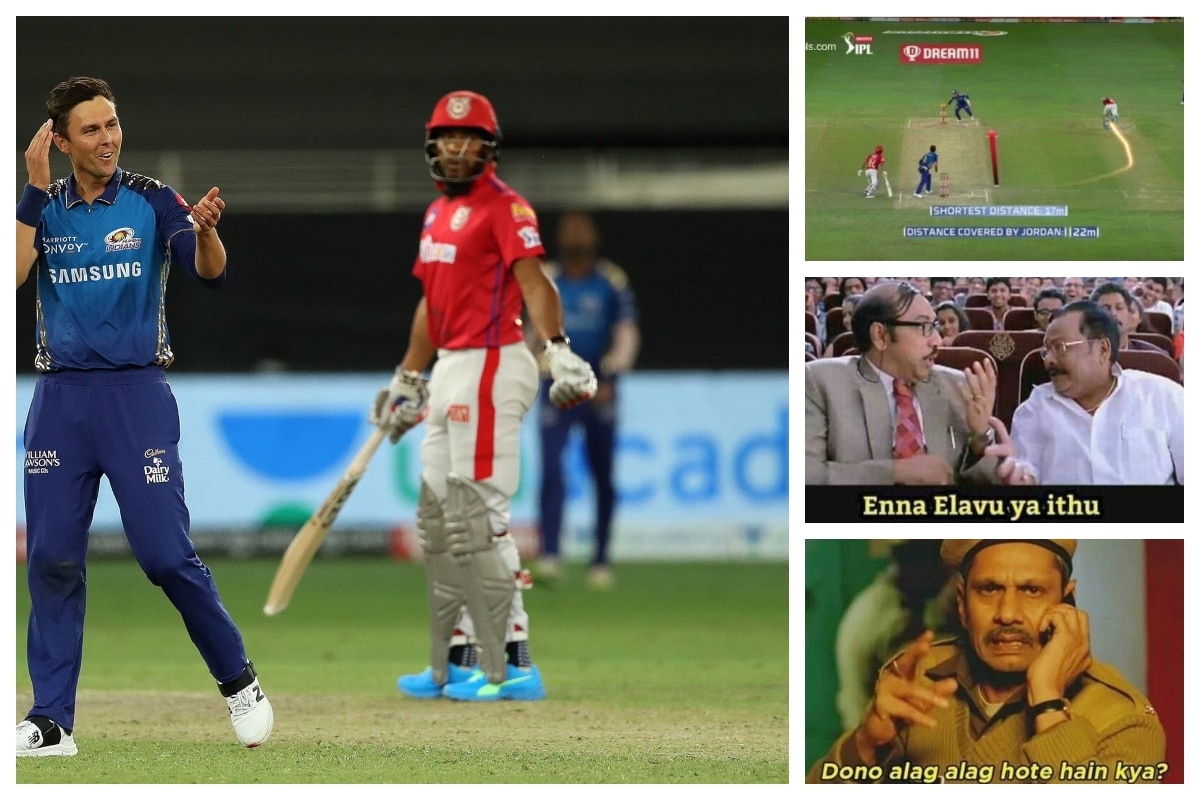 England's Chris Jordan played a crucial part in Kings XI Punbaj's Double Super-over win over Mumbai Indians, bowling in the second Super-over, and restricting MI to just 11 runs. During regulation time also Jordan had put in a good effort with the ball giving away just 12 runs in his first 2 overs, before being taken to the cleaners by Kieron Pollard for 20 runs his final over. However, Jordan did get a chance at redemption and close out the game in regulation time itself when he was on strike for the last ball with KXIP requiring two to win. Jordan hit the blockhole delivery from Trent Boult towards long-off and had ample time to return for a second run as well, but he took a rather longer route and could not beat the throw from Pollard in the deep and was run-out, forcing the game into a tie-breaker.

Jordan's unusual decision was not missed by the hawk-eye viewers and well, soon Jordan and his second run became fodder for memers. Here's a compilation of the best of them

A good over in the second super over though #KXIP #KXIPvsMI pic.twitter.com/8xmyX1z0oN

Tonight Chris Jordan ran like a horse but by the Chess rules #MIvsKXIP #IPL2020 pic.twitter.com/1GJxA4bgto

Pic1- How other players see pitch

Let's not forget that Chris Jordan started it all ....

Chris Jordan wanted to visit Mars before reaching the other end before getting out. #KXIP #MIvKXIP #MI pic.twitter.com/CDzYbTpFoS

What the hell was wrong with Chris Jordan??!

Simple, basics.. Why made such a complicated run?!