Centuries from Chundangapoyil Rizwan and Muhammad Usman were enough for UAE to defeat Ireland in the first ODI at the Sheikh Zayed Stadium in Abu Dhabi. 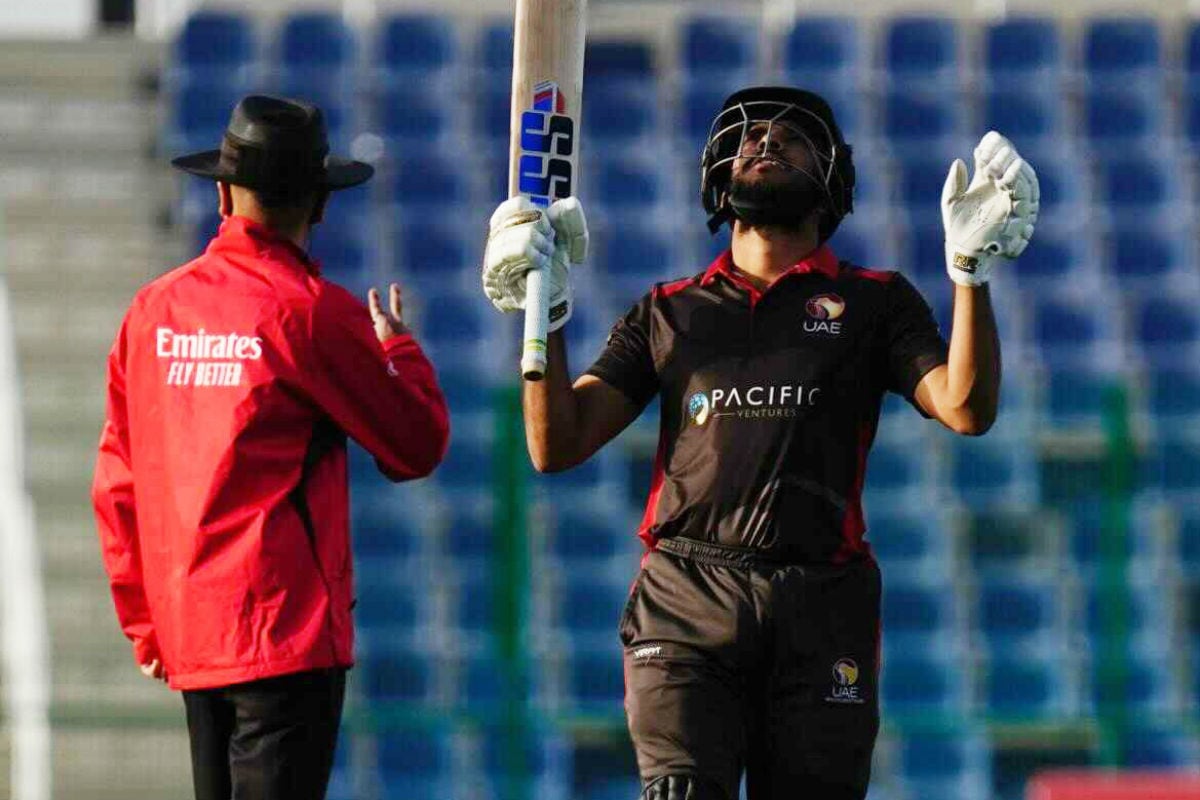 Twin centuries from Chundangapoyil Rizwan and Muhammad Usman were enough for UAE to defeat Ireland in the first ODI at the Sheikh Zayed Stadium in Abu Dhabi on Friday (January 8). Set 269 to win thanks to a century from Ireland opener Paul Stirling, UAE managed to chase down the target with an over to spare. The result means they have now taken a 1-0 lead in the four-match ODI series after nearly a year of not playing international cricket thanks to the disruption in the cricket calendar caused by the Covid-19 pandemic. The win also gives UAE fans something to cheer about, even if the match was played behind closed doors.

Ireland skipper Andrew Balbirnie won the toss and chose to bat first, a departure from the modern norm that sees teams prefer to chase in white-ball cricket.

They didn't get off to the best possible start, losing explosive opener Kevin O'Brien for just 23 in the 8th over. However, Balbirnie put together a 102-run stand with Stirling for the second wicket and got the innings back on track.

Balbirnie departed shortly after bringing up his half-century and his departure brought UAE back into the game. Harry Tector (6) and Lorcan Tucker (4) departed without troubling the scorecard too much and a collapse looked on the cards.

Instead, Stirling batted on and put together two half-century run stands with Curtis Campher (24) and Gareth Delaney (21) while remaining unbeaten on 131.

Despite the century, one got the feeling that Ireland could be undone by a lack of contributions from the middle order and so it proved in the end.

Yet it seemed like Ireland might just have enough on the board when Barry McCarthy dismissed both openers Zawar Farid (15) and Vriitya Aravind (14) inside the first 8 overs.

To make things worse, UAE lost Alishan Sharafu for just the 1 run and at that point it did seem like Ireland were in the driver's seat.

Also Read: Chris Gayle Wants T10 Cricket to Be Included in the Olympics - Here's Why

Yet a 184-run stand between Rizwan and Usman ensured the chase got back on track, meaning the result was a mere formality by the time Rizwan was dismissed in the 46th over.

At that point the hosts needed only 35 runs and they managed to get to the target with minimal fuss.

The second ODI of the series will take place on Sunday (January 10) at the same venue.