Pakistan coach Mickey Arthur made it clear some members of his one-day side were on borrowed time after another defeat by England raised fears the team might not qualify automatically for the 2019 World Cup. 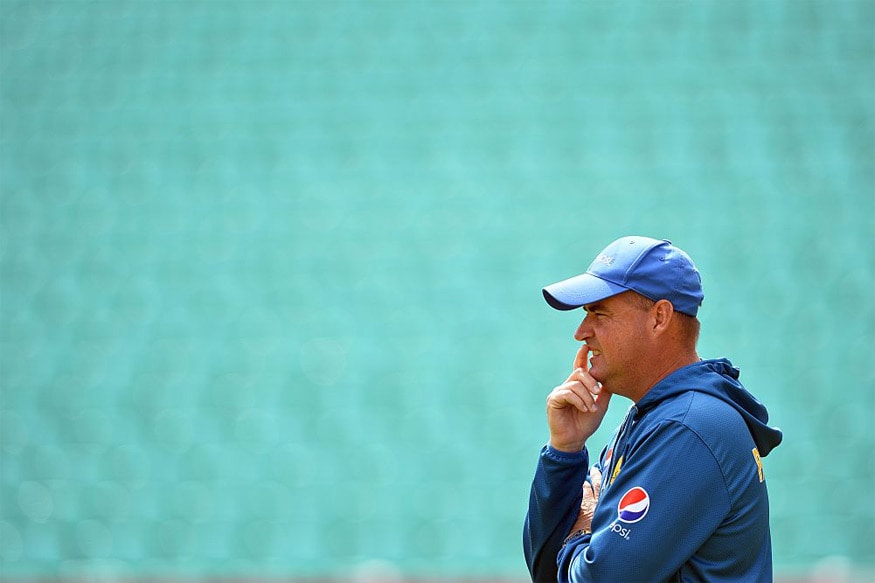 Pakistan coach Mickey Arthur made it clear some members of his one-day side were on borrowed time after another defeat by England raised fears the team might not qualify automatically for the 2019 World Cup.

England beat Pakistan by four wickets at Headingley on Thursday to go 4-0 up in a five-match one-day international series.

Once England had restricted Pakistan to a modest 247 for eight, with only skipper Azhar Ali (80) and Imad Wasim (57 not out) getting beyond 24 for the tourists in this day/night fixture, it was always going to take a remarkable display in the field to prevent a home win.

Mohammad Irfan rocked England with two early wickets but, much too Arthur's annoyance, the giant paceman only bowled half of his alloted 10 overs because of a calf problem.

Pakistan started this series ninth in the International Cricket Council ODI rankings, with only tournament hosts England and the top seven in the standings come the end of September next year qualifying automatically for the 2019 World Cup.

The remaining places for the slimmed-down 10-team tournament will be decided at a 2018 qualifying event in Bangladesh.

While a World Cup without 1992 champions Pakistan remains unlikely, it is by no means unthinkable.

This is a scenario that will frighten both their legions of loyal fans and ICC chiefs who could see their showpiece tournament deprived of a money-spinning match between Pakistan and arch-rivals India.

"It is what it is," said Arthur, who only took over as Pakistan coach in May. "I hate the phrase, but we are number nine in the world and we can see why."

Pakistan have a tough schedule as they try to improve their ranking, with the ICC system also factoring into account the quality of a team's opposition.

"When I saw the fixture list, the games aren’t easy," said Arthur, whose side have at least qualified for next year's Champions Trophy, 'the mini World Cup,' in England.

"We’ve got two series against West Indies that we have to play well in -- West Indies are a decent one-day outfit.

"Between them we are sandwiched with an ODI series in Australia which is incredibly tough," explained Arthur who, in contrast to the team's white-ball form, saw Pakistan rise to the top of the Test rankings following a 2-2 drawn series with England earlier in the tour.

As for late call-up Irfan's fitness problems in his first match of the tour, Arthur said: "It's very frustrating.

"There were checks and balances in place (regarding Irfan's fitness).

"He was put on standby when we selected our one-day squad, he went to the national academy and did his training."

Arthur, now coaching his third Test side after spells in charge of his native South Africa and Australia, added: "I’m finding my way with the one-day team.

"I want to give guys opportunities and then we’ll know by the end of the tour who we can and can't take forward."

For the first time this series, Pakistan had a chance of victory when England slumped to 72 for four at Headingley.

But a century stand featuring plenty of power-hitting from all-rounder Ben Stokes (69) and wicket-keeper Jonny Bairstow (61) took the match away from Pakistan.

"It's been an eye-opener for for me, the last four games," said Arthur ahead of Sunday's series finale in Cardiff.

He then made it clear how he envied an England side who, in an encouraging sign for Pakistan, were a laughing stock in 50-over cricket as recently as last year following their first-round exit from the 2015 World Cup.

"England are a phenomenal cricket team, power-hitters all the way down," said Arthur.

"We haven't been able to get quick starts and clear the ropes. We just don't have the players to do that within our group of 15 at the moment.

"I look at the strikers England have at their disposal -- it's unbelievable."