Defending champions Barbados Tridents crashed out after suffering a six wicket loss to Guyana Amazon Warriors, while St. Kitts & Nevis Patriots too knocked out of the tourney. 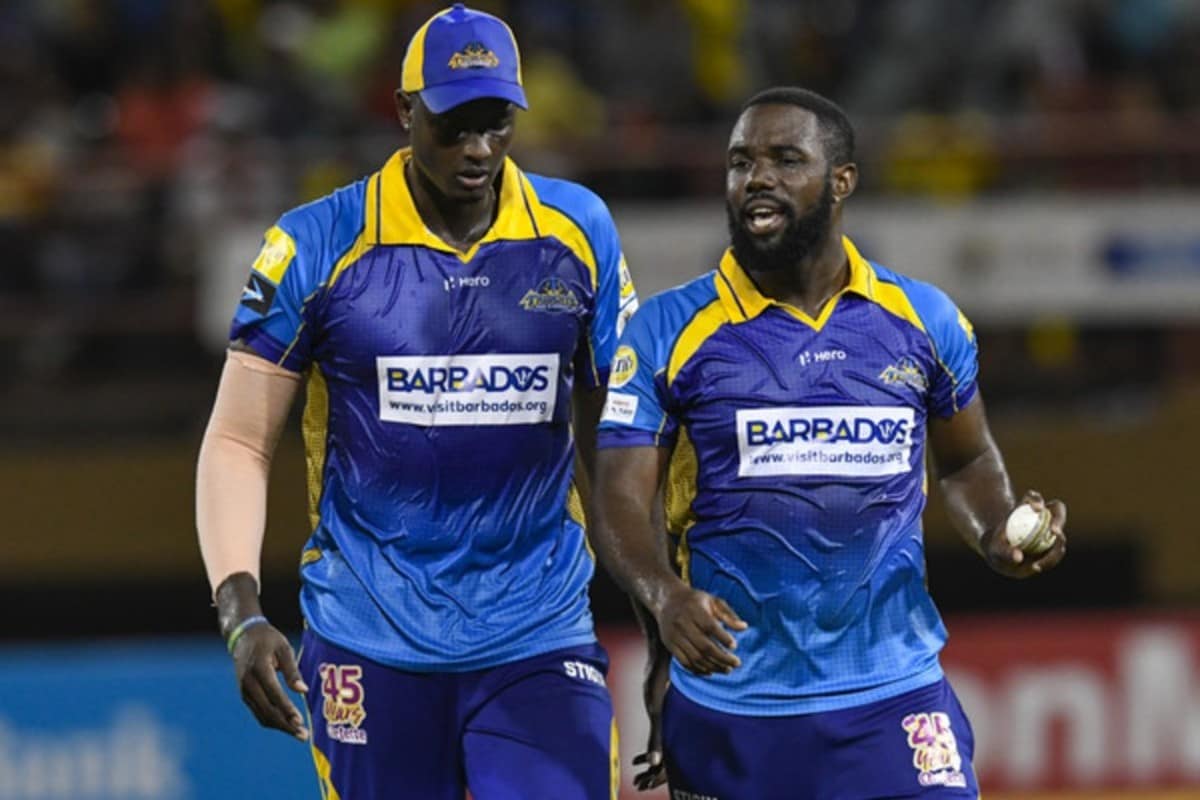 Defending champions Barbados Tridents crashed out after suffering a six-wicket loss to Guyana Amazon Warriors, while St. Kitts & Nevis Patriots too exited the Hero Caribbean Premier League even before finishing their quota of ten leagues matches here. While the Warriors secured their semi-final berth outplaying Tridents, the match between Patriots and Jamaica Tallawahs was washed out after just over five overs on Thursday.

With three teams yet to play two matches each and two of them with one match each in hand, the four semi-finalists have been finalised. Trinbago Knight Riders, Guyana Amazon Warriors, St. Lucia Zouks and Jamaica Tallawahs are assured of a last four berth with final positions dependant on the games left.

Title holder Barbados Tridents' poor run continued as they failed to get to three figures once again, posting a paltry 89 for 9 after being asked to take first strike. Tridents were never allowed to settle down once Romario Shepherd (3/22) came on as the first change following the first two overs by Chris Green (1/17) and Kevin Sinclair (1/23).

Shepherd sent back Johnson Charles (10) first and then had Rashid Khan (0) held by a sprinting Brandon King who ran 20 yards to his left from deep square leg for a diving catch. Then Green accounted for Shamarh Brooks (8) and Imran Tahir (3/12) dismissed Justin Greaves (10) as Tridents were 28 for four in 6.1 overs.

Kyle Mayers (7) hit the first six of the day before falling to Tahir while trying another heave over mid-wicket. Michael Santner (18) and Nyeem Young (18) tried to ressurect the innings but wickets fell regularly amid infrequent boundaries as Tridents ended their 20 overs for a paltry 89 for nine.

Defending the total, Santner struck with his second ball, dismissing Brandon King (0) with an arm ball that swung into the right-hander. After the first two tight overs, Chandrapaul Hemraj (29) smashed Santner for a six and four in third over and hit Rashid for two fours and a six in the fourth over of the innings. He left in the next over off Jason Holder but his 29 in 22 balls ensured Warriors would cruise through.

Shimron Hetmyer (32 in 33) held up the other end and later opened up with Ross Taylor (16 in 22). They carried the Warriors to a comfortable six-wicket win with more than five overs to spare. The Amazon Warriors ended the league stage on a roll with four wins from four.

In the other match, St Kitts and Nevis Patriots made a healthy start of 46 for no loss in 5.4 overs but rain came down to stop their innings and also halted their CPL campaign. The Patriots have only three points — including one from the washed-out game on Thursday — from nine matches. They also exit early without making the semi-finals.

The Jamaica Tallawahs remain in the fourth place on the table, with seven points from their eight matches.