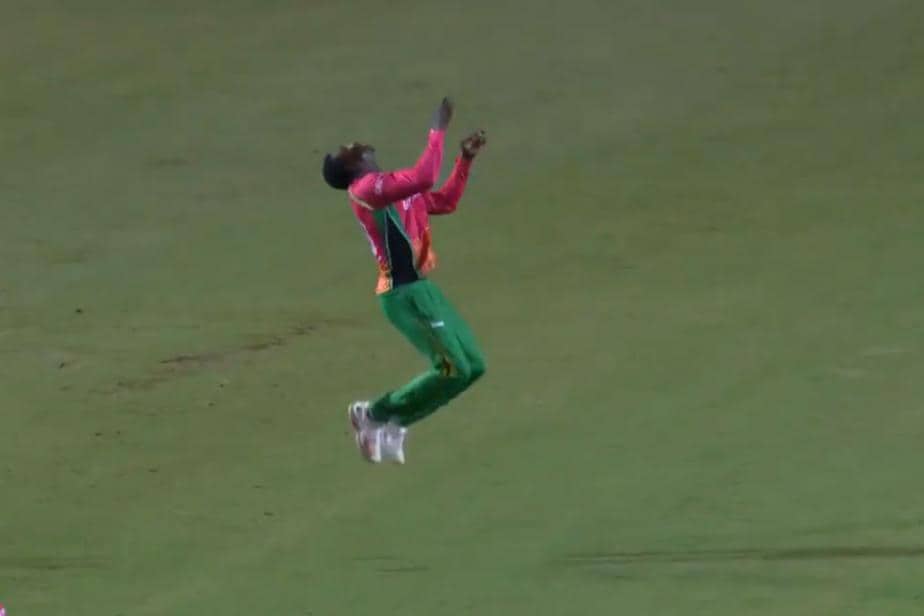 In the ongoing Caribbean Premier League (CPL) series, there have been quite a few moments where cricketers have celebrated their win or a wicket in an unusual manner.

In a video that has been shared by the Caribbean Premier League’s official Twitter handle, Kevin can be seen doing a side somersault followed by two backflips in a row. Sharing the clip, the CPL said, “Double?? Treble?? Definitely Double Trouble in the Bubble!! What a celebration!”

The 15-seconds clip has already crossed more than one lakh 50 thousand views on Twitter alone. Over one thousand users have already liked the video.

The incident took place after Guyana Amazon Warriors’ Kevin Sinclair took Barbados Tridents all-rounder Mitchell Santner’s wicket in the 16th over of the match. Mitchell had managed to score 18 runs, while the entire Barbados Tridents team managed to score 89 runs in 20 overs. The Guyana Amazon Warriors registered the win in the said outing by six wickets on Thursday, September 3.

Currently, the Guyana Amazon Warriors are leading the Caribbean Premier League point table at number one spot. The team has won all ten out of ten matches that it has played. The team currently have 20 points in their kitty.

Barbados Tridents, on the other hand, are on the second spot of the table. They have managed to win five out of ten matches and currently have a total of ten points to their credit.

The 26th match of the Caribbean Premier League played between Guyana Amazon Warriors and Barbados Tridents was held at the Brian Lara Stadium in Trinidad.