A late cameo in the first innings from captain Kieron Pollard and Darren Bravo turned out to be the difference between the two sides as the Trinbago Knight Riders continued their unbeaten start to Carribean Premier League 2020 with a 23-run win over St.Lucia Zouks. 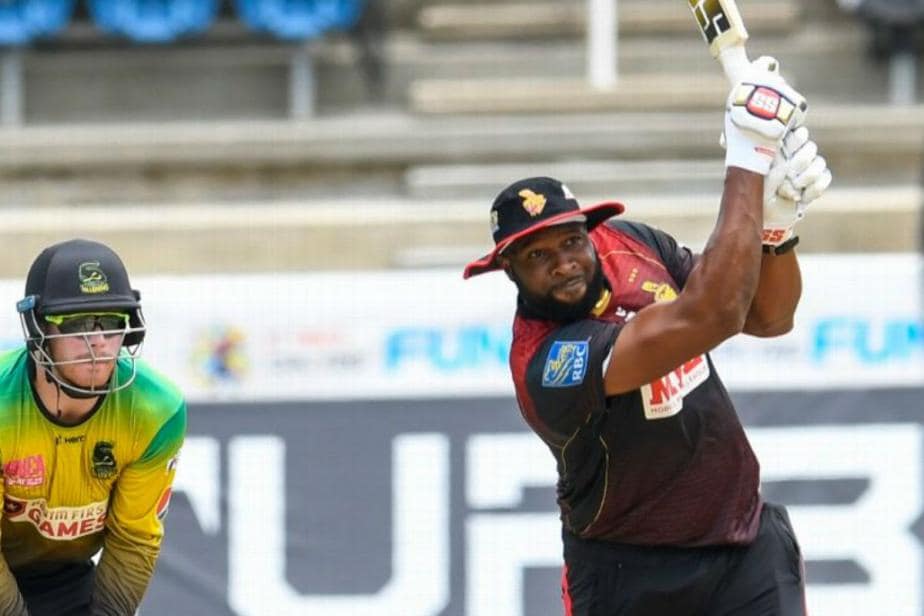 A late cameo in the first innings from captain Kieron Pollard and Darren Bravo turned out to be the difference between the two sides as the Trinbago Knight Riders continued their unbeaten start to Carribean Premier League 2020 with a 23-run win over St.Lucia Zouks. Chasing a target of 176, Zouks openers Kimani Melius and Mark Deyal found the going difficult, adding just eight runs off the first three overs. The maiden boundary of the innings came in the fourth over, courtesy of a switch hit from Deyal. The Zouks, however, struggled to get a move on in the powerplay, ending it with a meagre score of 26/1, with Melius back in the hut.

The chasing team came out all guns blazing after the showers passed, getting a four and a six. Deyal however couldn't keep the charge going, as his attempted heave towards the longer boundary fell kindly to the fielder in the deep. Nabi added further impetus to the chase, getting a massive six on the leg side off Dwayne Bravo's bowling. Fletcher ably supported him with a big six of his own soon after, but tried replicating the shot yet again, only to find the fielder at deep mid-wicket. Despite the loss of wickets, the Zouks were still in the contest as the game meandered on, with them needing 65 off the last five overs.

Nabi started off the 16th over with a big six straight down the ground, but like his predecessors, could not build on that momentum, miscuing his shot later in the over to walk back to the pavilion. Najibullah Zadran too was dismissed shortly after, dragging a slower one from Bravo back onto his stumps, putting the three-time champions in pole position of the game.

With two new players in Sammy and Kuggeleijn in the middle, the Zouks struggled to find their timing as the run rate kept climbing with every passing delivery. Dwayne Bravo then bowled an exceptional penultimate over, conceding just four runs to all but render the Zouks out of the contest.

Needing 33 off the last, Sammy hit the first ball for six but was caught by the fielder in the deep while trying to replicate a similar shot. Kuggeleijn too followed his skipper back in the hut a few balls later, as the Zouks ended up losing the contest by 23 runs. Earlier, Kieron Pollard and Darren Bravo's blistering 67-run partnership off just 37 balls propelled TKR past the 160-run mark. Bravo scored a half century and was declared player of the match.

Holder's Cameo Wins it for Tridents

A typical Andre Russell onslaught in the first innings was trumped by Jason Holder, and later Mitchell Santner, as the Barbados Tridents captain led his side to a seven-wicket win over Jamaica Tallawahs. Russell creamed 54 off 28 balls to propel the Tallawahs to 161/4 while Holder's 69 off 42 proved to be crucial to the Tridents comfortably chasing down the target with nearly two overs to spare.

The Tallawahs got off to a strong start to their defence with Pahane Thomas cleaning up Tridents opener Johnson Charles with the first legitimate delivery of the innings. Holder then struck up a 90-run stand with Jonathan Carter. Carter acted as an anchor to the chase and carried his bat with his slow 42 off 44 balls balanced by Holder and later Santner teeing off at the other end.

Holder was eventually dismissed in the 13th over by Nepalese spinner Sandeep Lamichhane but then Santner came in and continued where his captain had left off. The New Zealand all rounder smashed 35 off 21 as the Tridents cruised to victory.