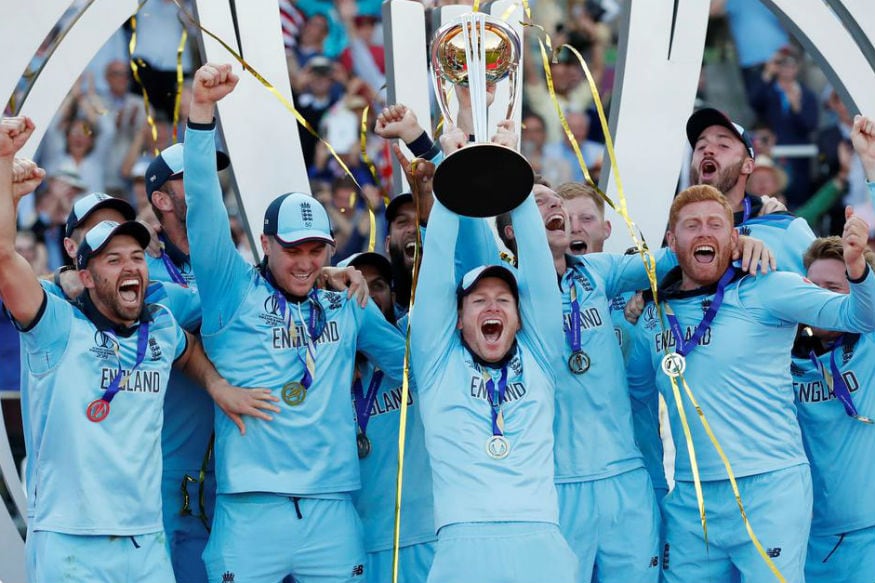 A World Cup final that no one had predicted, England went on to defeat New Zealand to lift the World Cup trophy, only on a superior boundary count, on July 14, 2019.

After India was knocked out in the semis by New Zealand, the 1.3 billion strong nation threw their weight behind the Kiwis to win the final, but England turned out to be eventual and deserved winners.

'England have won the World Cup, by the barest of margins, by the barest of all margins. Absolute ecstasy for England; Agony, agony for New Zealand' - Ian Smith #ThisDayThatYear #OnThisDay | #CWC19 | #CWC19Final | #ENGvsNZ | @cricketworldcup pic.twitter.com/W7AFoxaYYr

It all started with New Zealand batting first and scoring 241/8 in the final. The only decent performance came from the bat of Henry Nicholls, who scored 55, while rest of the batsmen struggled to find form. Tom Latham tried his best with a resilient 47, but just wasn't enough on the day. Though Kiwis were helped by 30 extras by the opposition.

England innings was somewhat similar in the way it went about. After being 86/4, Ben Stokes (84) and Jos Buttler (59) took their team to 203, without losing another wicket. When England looked sure of a victory, Jimmy Neesham and Lockie Ferguson picked up wickets to derail the chase.

The result was England were bowled out for 241. The stat to note is that they hit two sixes and 22 boundaries.

Cut to the super over, England batted first and scored 15 runs. With nothing to separate both the teams, Kiwis too scored 15.

But that meant that England lifted their maiden World Cup title.