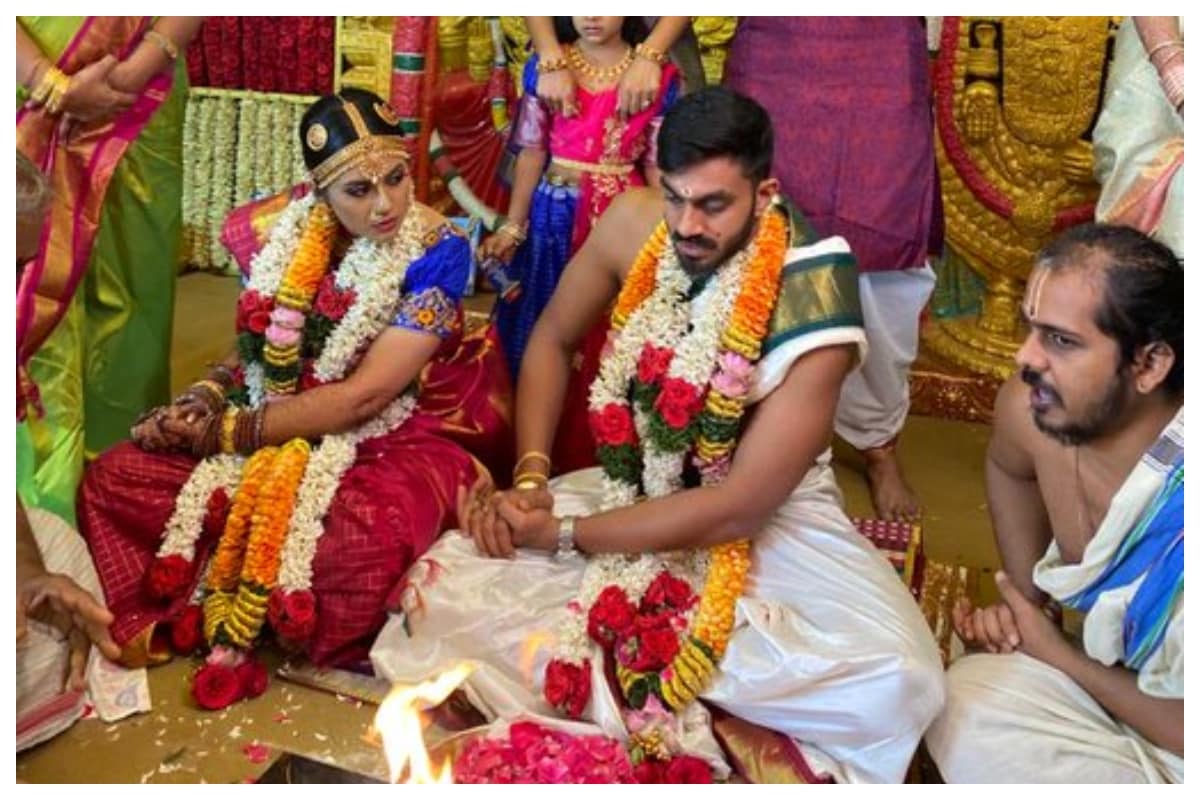 India all-rounder Vijay Shankar got married to his fiancé Vaishali Visweswaran in a close ceremony on Thursday. On the occasion, Shankar’s current Indian Premier League (IPL) franchise Sunrisers Hyderabad (SRH) wished him a “happy and blessed married life.” SRH shared a picture of the occasion in which the couple can be seen taking part in a traditional ceremony in the presence of close family members and relatives. The ceremony appears to be low-key considering the restrictions imposed due to the Covid-19 pandemic.

Sending our best wishes to @vijayshankar260 on this very special day!

The Nellai-born cricketer had earlier announced his engagement with Visweswaran in an Instagram post shared back in August last year. He had shared a couple of pictures on the occasion.

Here is the link to the pictures:

After SRH posted the wedding picture on Twitter, wishes poured in from the fans who congratulated him on his new journey.

Check out these wishes from fans:

One user said that Visweswaran is already looking at Shankar in a way like they have been married for quite some time.

Another user poked fun at him in a very similar manner, pointing out the same thing. He talked about the serious look on the bride’s face as if Shankar read the mantras wrong.

That's some serious look he is getting from the bride ... did he not pronounce a mantra correctly?

The 30-year-old cricketer has represented India in 12 ODIs and 9 T20Is. He played seven matches for Sunrisers Hyderabad in the 2020 edition of the IPL, in which he scored 97 runs at an average of 101.04. The right arm medium pace bowler also picked four wickets in the tournament.

Shankar has also played for Chennai Super Kings, Gujarat Lions and Delhi Daredevils in the IPL over the years. In March 2019, ahead of the IPL 2019, Shankar was named among the eight players to watch by the ICC.