In the caption, Warner mentioned why he enjoys this particular video of Ivy the most. 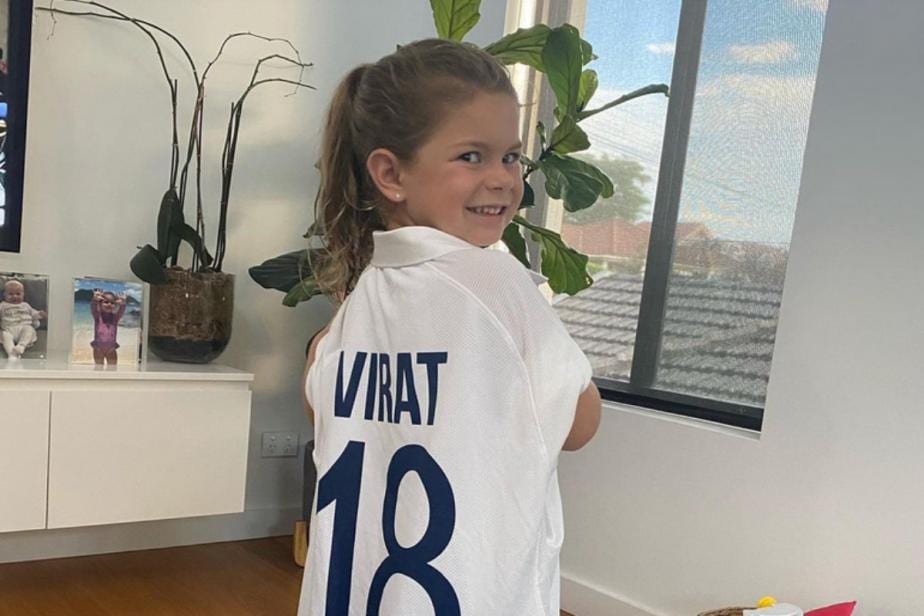 Australia's swashbuckling opener, David Warner’s daughter, Ivy Mae Warner is following the footsteps of her father. The left-hander’s 6-year-old daughter has already started honing her batting skills and the results are adorable. Warner shared a video on social media where the little one showcases her batting skills. In the video, the dynamic cricketer’s baby girl Ivycan be seen batting in the nets. The 34-year-old was enjoying at the expense of the young one as she flung her bat after being defeated by a spin delivery. In the caption, Warner mentioned that he enjoys the particular video of Ivy the most.

Recently, Ivy's sister, Indi Rae, grabbed headlines after her father shared a picture of her online. In the photo, she was wearing Indian skipper Virat Kohli's Test jersey. The signed jersey was specially gifted to Indi by Kohli. IndiRae, a huge fan of the Indian captain, is all smiles posing for the camera. Warner mentioned that although his side lost the recently-concluded Border-Gavaskar series, his second daughter Indi was "very happy". Warner revealed that besides him andAaron Finch, Indi is a big Virat Kohli fan.

An under-strength India team breached The Gabba Fortress against Australia to hammer the Aussies 2-1 on their home soil. Australia will come back from a loss and take on the field in the upcoming South Africa vs Australia 2021 series. The Tim Paine-led side will make efforts to keep their ICC World Test Championship hopes alive.

Warner will be keen to put up a spectacular show in the 14th season of the Indian Premier League. He fronts the Sunrisers Hyderabad franchise and is theleadingrun-scorer for his side. He was the troop leader when SRH won their maiden IPL title in 2016. The much-awaited IPL 2021 auction is scheduled to be held in Chennai on February 18.