Back to News18
Home » Cricket Home » News » Dean Jones Would Have Been The Most Sought After T20 Player: Sachin Tendulkar

Dean Jones Would Have Been The Most Sought After T20 Player: Sachin Tendulkar

The God of Cricket Sachin Tendulkar opens up about how he enjoyed watching Dean Jones bat on TV. 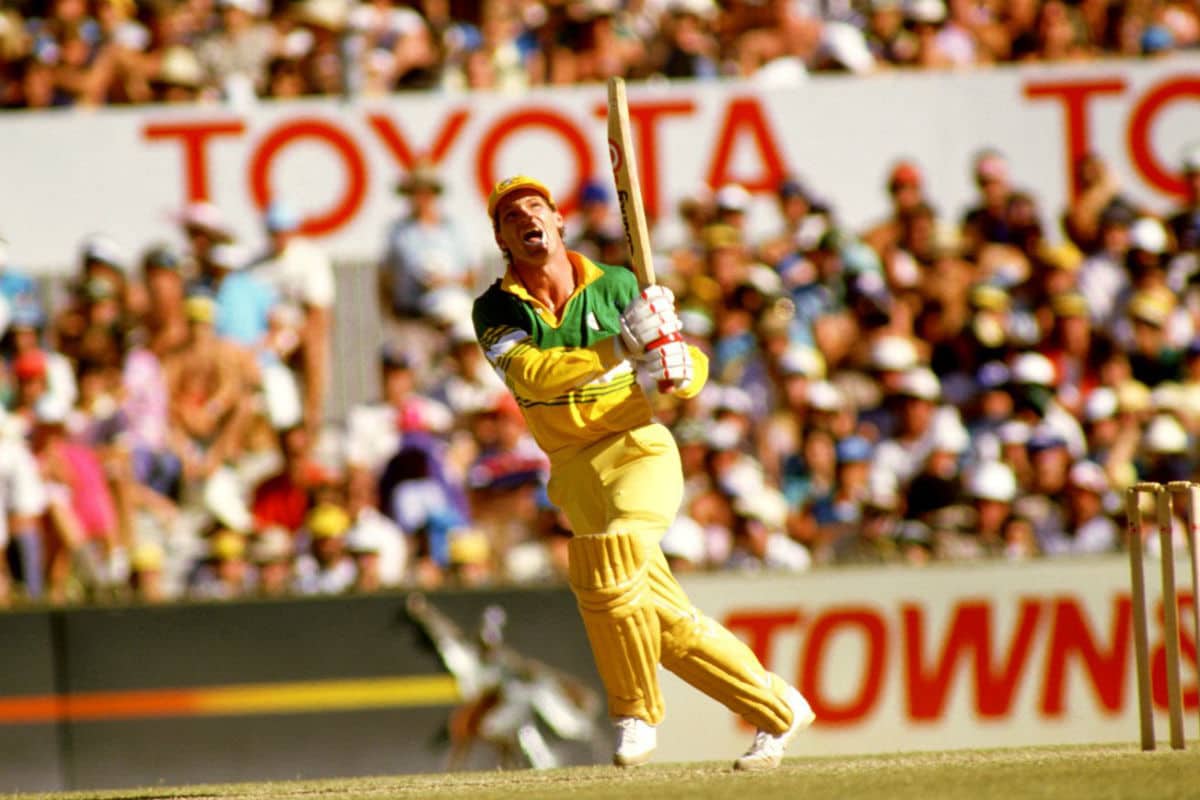 Sachin Tendulkar has no doubts in his mind that Dean Jones would have been one of the "most sought after batsmen" if he were to be part of the T20 generation and called him a player well ahead of his time.

The 59-year-old former Australia batsman died of cardiac arrest in a Mumbai hotel on Thursday. He was in India as a part of host broadcaster's commentary panel.

Tendulkar, who fondly remembers his on-field battles during the Australia tour of 1991-92, said he would be glued to TV set as a young cricketer when Jones batted. Such was his fearless style of play that he would have excelled in T20 cricket, feels the Indian legend.

"He would have been hundred percent one of the most popular T20 players without any doubt," Tendulkar told PTI during a conversation, his voice tinged with sadness. "Had there been an auction, Deano would have been a player much in-demand. He was an innovative stroke player, a fantastic runner between the wickets and a brilliant fielder, everything that you require for T20s."

Tendulkar believes that Jones' quality to improvise in ODIs would mean that he was aware about the demands of the game and played as per the situation. "Since he was such a good ODI player, he would have adapted to the ever changing rules of T20 better. Cricket formats are dynamic and I believe he had that quality to evolve as per demands and would have made a terrific T20 player."

Tendulkar remembered how Jones used to charge down the track to fast bowlers even in the mid and late 80's when aggressive batting wasn't exactly in vogue. "Whatever cricket he played in the 80's and early 90's, he was ahead of his time. He would charge the fast bowlers and that was back in 80's.

"We talk about innovations but remember some shots that are being played today, the earlier generations have also played, well before even we started and Deano was one of them," he said.

He remembered the 1986 tied Test. He was 13 and a trainee at Ramakant Achrekar's academy at Shivaji Park Gymkhana and how Jones' 210 made all the youngsters interested about the Australian. "I remember I was 13 when tied Test happened and he scored that double hundred.

"When I went to Australia for the first time in 91-92, they were a great team. There was David Boon, Geoff Marsh, Steve Waugh, Bruce Reid and Craig McDer mott but for us in the Indian team, there were two players we spoke about most-- AB (skipper Allan Border) and Deano (Dean Jones).

"Literally No 1 and 2 key players for us and then there was McDermott," Tendulkar recollected.

The attribute of Jones that has always stayed with Tendulkar was his fearlessness while facing fast bowlers on bouncy tracks and at times without helmets. "I enjoyed watching him bat and at times without the helmet. What stood out was not just his contributions for Australia but that he was an entertainer-par-excellence.

"You can't deny that your eyeballs glued to the TV when Deano batted and you didn't want to miss that chance." Tendulkar remembered how Jones scored a match-winning knock against India in a 1992 World Cup game in Brisbane and how that loss hurt.

"You never enjoyed when he scored against India and Brisbane game was one such game (Jones scored 90). And then, we were docked three overs and the run reduced from Australia's total was one. Such a rule made it difficult for us," Tendulkar remembered as if it was yesterday.

He finds it difficult to believe that Jones is no more. "It's a better pill to swallow. Whatever you say, it is a massive tragedy. My heart goes out to his friends and family. Just think of it, he was only 59 years old.

He may have had so much to contribute. I pray for his departed soul," Tendulkar concluded.