Deepak is likely to come in for Shardul Thakur, who has gone wicketless barring the second game. 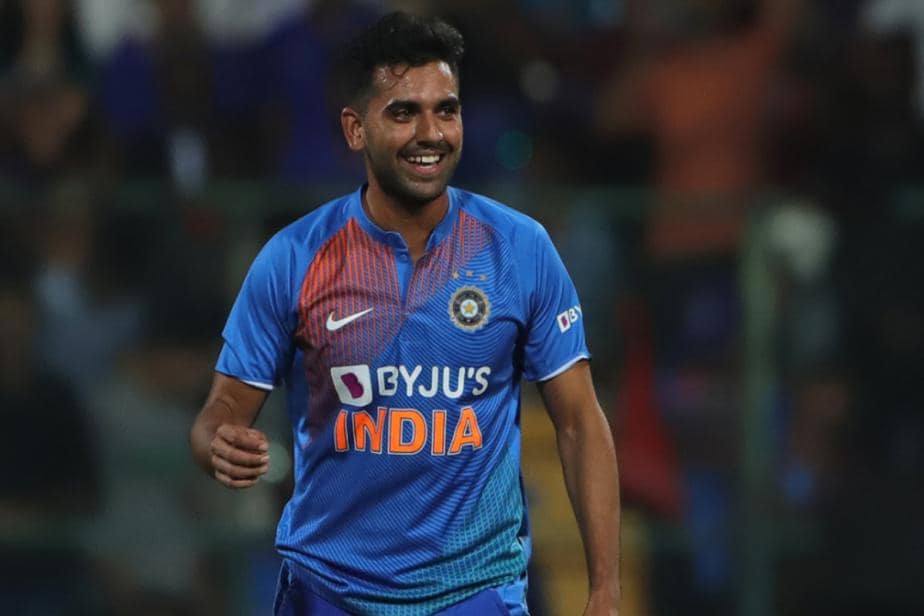 India pacer Deepak Chahar, who is yet to find a spot in the playing XI duringthe ongoing five-match T20I series at home, is keeping up with his fitness regime and how. The 28-year-old bowler, who will be keen to play in the 4th T20 fixture to be played on Thursday night, shared a new Instagram Reels video. Deepak looks in his best shape in the clip shared by him. Wearing a pair of black shorts and glasses, the cricketer recorded a mirror video showing off his washboard abs. He also flaunts his perfectly toned forearms and thigh muscles. He ends the video which has “LMFAO’s Sexy” and “I Know It” stickers with a thumbs up.

India’s trouble has been mounting up as they face a tough game from the world’s number 1 side in the shortest format of the game. Ahead of the 4th T20I between India and England, the management is likely to make some tough decisions as far as the playing XI is concerned. It will be a do-or-die encounter for the hosts and to stay alive in the series, India must regroup on March 18 at the Narendra Modi Cricket Stadium. Deepak is likely to come in for Shardul Thakur, who has gone wicketless barring the second game. The right-arm pacer is known to be a T20 specialist and excellent with the new ball.

In addition to this, the seasoned campaigner will don the yellow jersey playing for Chennai Super Kings in the upcoming edition of the Indian Premier League. Deepak has been the highest wicket-taker for the three-time champions. He claimed 12 wickets last year in 14 games with a great economy of 7.61. The MS Dhoni-led side has already started training in the nets in Chennai. The players have cleared their RT-PCR tests during the quarantine period. The 14th edition of the cash-rich league will be hosted by India from April.