However, as always understanding what Dhoni will do and how he will go out his play is not easy and while we wait, here’s a walk down memory lane. Chennai Super Kings’ captain cool’s unique ways has ensured he’s set the bar very high in the IPL with these records.

The T20 World Cup, likely to get postponed, and the IPL are among the two most important topics of discussion in Indian cricket currently. Along with that is the keen wait on MS Dhoni – captain cool – will he play for India again? Or will the IPL, whenever and wherever it happens, be the final act?

However, as always understanding what Dhoni will do and how he will go out his play is not easy and while we wait, here’s a walk down memory lane. Chennai Super Kings’ captain cool’s unique ways has ensured he’s set the bar very high in the IPL with these records.

A half-century in a T20 game can be a difficult task due to the lack of time, especially when batting a little lower in the order. However, the big hits can change things very quickly and Dhoni was exceptional at it.

Dhoni has scored a 50 in every position he has batted. During the initial years, the Ranchi man used to come up at 3 if the openers get off to a brilliant start just like in 2009 vs Deccan Chargers, when he scored a 37-ball 58.

The CSK captain’s half-century against Delhi in 2013 while batting at 4, ensured a spot in the first qualifier. The right-hander’s most fifties have come at 5 and 6, with his knock against Punjab in 2010 and Bangalore in 2018 respectively being all-time fan favourites.

His fifty at number 7 came in the final of IPL 2013, making him the only player to do so in five positions - a firm testament to his versatility. Dhoni’s abilities as a finisher is unlikely to be questioned, especially in the IPL. He really likes to tee off and the shot over mid-on is iconic in Indian cricket!

CSK’s strategy of keeping wickets in hand to help their captain to tee off in the death overs has reaped them rich rewards. Especially in the 20th over, Dhoni has delivered almost every time irrespective of who the bowler is.

In the 20th over of the innings Dhoni has scored 564 runs and a distant second is Kieron Pollard with 281 runs.

Most Dismissals as Wicket-keeper

If there is any rightful person for this record it is MS Dhoni. Fast hands behind the wickets has made him one of the most dangerous players.

Stumpings especially are his forte as the batsmen can almost never make it back in time with Dhoni behind the wicket.

The CSK captain stays closer to stumps than keepers normally do, which gives him that extra bit of time to inflict stumpings and run-outs. With 94 catches and 38 stumpings, he holds the record for most dismissals (132) in IPL history. Only Captain to Win 100 IPL Games

In the IPL, squad balance is among the most important factors, especially rotating players based on situations and conditions. Dhoni, from his vantage point did it for India and repeated the same in the IPL. Interestingly, the CSK squad when they last won the IPL title was the oldest in the tournament, and eyebrows were raised. But MS did what he does best!

He has been successful since 2008 and holds the record for being the only captain to win 100 IPL games. Only Captain to Defended IPL Title

Dhoni’s best performances in the IPL have been for CSK where amongst a plethora of leaders he has managed to do what he does best! One wonders how it would be to see CSK without MS Dhoni.

The captain like always steered the ship through the tougher parts of the season in 2011 after winning the title in 2010, a year they were rock-bottom at one point. Dhoni led by example and the juggernaut rolled over two top drawer seasons, winning IPL 3 and 4. 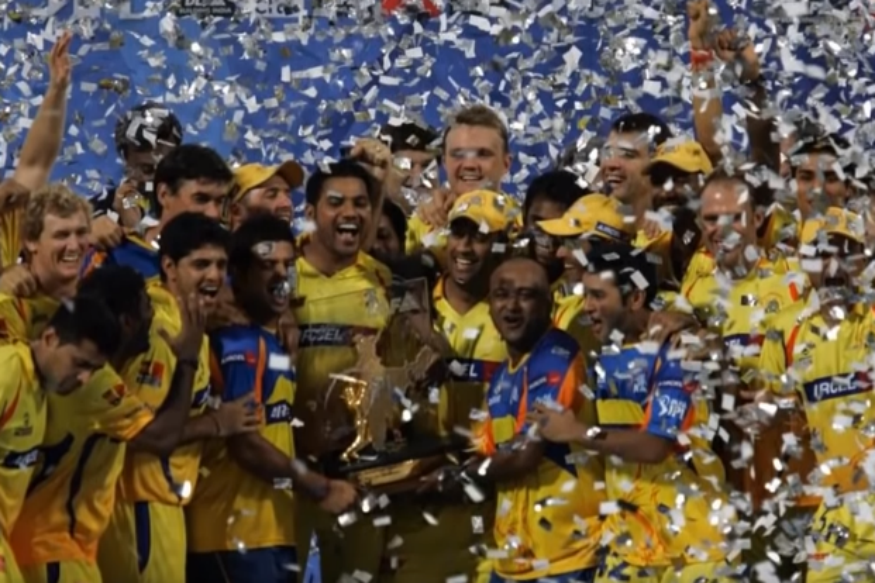 Only Captain to Win the Final on Home Ground

Many players have expressed their liking for playing under him. Even international captains like Dwayne Bravo, Faf du Plessis, and Brendon McCullum loved playing under his leadership.

Youngsters love to have him as their captain too as he ensures everyone is comfortable in the dressing room. Chennai love to play at home and in the 2011 season, they won every game at home, including the final.

Only Player to Have Captained His Coaches

Chennai’s adopted son MS Dhoni holds a peculiar record of having captained his present coaches. CSK’s head coach Stephen Fleming played 10 games for the franchise in the inaugural edition. He then went to become the coach of the team. Michael Hussey played seven seasons while Lakshmipathy Balaji played three seasons under Dhoni. They were appointed as the batting and bowling coaches respectively, in 2018.