EXCLUSIVE: Sachin's Golden Words Ahead of 2011 World Cup Semis- ‘Go and Show Your Hunger on the Field'

Apart from the celebrations, Ramji remembers fondly Sachin Tendulkar telling everyone not to move from their places when MS Dhoni was carrying out the run chase in the intense moments

Anyone who had anything to do with the Indian team at the 2011 World Cup remembers the glorious moment as if it happened yesterday. For Ramji Srinivasan, the strength and conditioning coach of the team, “time just flies. So fast has one decade gone since that night when we left the stadium at around 1 am for the hotel, and the celebrations continued at the team hotel till morning while I went to my room to be with my family as my daughters had come down”.

Ramji was responsible for ensuring that the players stayed in the right shape – physically and mentally – and took proper care of themselves, ate the right food, were hydrated well, burnt fats and built more muscles, recovered well between matches, did not over-train, etc. When he looks back at having been a part of the triumphant World Cup team, Ramji tells news18.com from Chennai, “It was a very, very special moment to be a part of the winning team.”

Apart from the celebrations, Ramji remembers fondly Sachin Tendulkar telling everyone not to move from their places when MS Dhoni was carrying out the run chase in the intense moments. “Sachin said that none of us move from our places. We all sat at the same place for 45 minutes to an hour until the winning hit came,” the 53-year-old Ramji said.

As the expectations from the players were huge from all quarters, Ramji did not feel any less. He recalls: “Since the World Cup was in India, there was a huge amount of expectations from all the players and support staff to deliver at any point of time. There was definitely pressure to reach the goal we all wanted. We also had the home advantage. It was around the 2010 Asia Cup in Sri Lanka after we beat Pakistan that the preparation started by setting diet protocols, avoiding sodas in the dressing room, avoiding any fatty item like cheese, avoiding sugary items, and all the preservatives. Everything was designed to lose body fats and bring in more energy into the system. We were also continuously playing and travelling. Everything was designed as per individual requirements, right from breakfast to dinner.”

EXCLUSIVE: Glad I Did Not go Back Home But Was a Part of the Team: Nehra Looks Back at 2011 WC

Ramji said that every player adhered to the diet protocols without any protest. He says: “I met the chef of every hotel that we stayed in and gave him the requirements. Except for a couple of cheat days here and there, everybody adhered to the diet. Everything was planned according to the needs of the team and continued right through the World Cup.

“When it came to recovery, nobody was pushed into doing anything. Every player was working on his optimum level intelligently. Rather than pushing them hard on the gym, the players had a lot of aqua sessions, stretching sessions, yoga. It all boiled down to each individual, each session. Everybody had a log. Everyone knew what each one did in the gym. The physio had an idea what niggle, if any, every player carried. I had to be very mindful of the fact that out of the 15, five players were 30-plus years in age and five others were 28-29 years. The players had to train smart and train hard. We did not want anything to hinder their performance due to lack of fitness or want them doing too much fitness and getting injured. I capped every player what they had to do in a week, how much fitness they had to do in a week. All the players adhered to it. Everything was individualised. It depended on individual’s body condition on that particular day and session. Having said that, just because I drew a schedule, it was not necessary that it had to be followed. The programme was accordingly tweaked depending on individual’s body condition.”

What gave Ramji immense satisfaction from the World Cup was that none of the players got injured during the World Cup due to the workload. “By injury, I mean internal injury. Ashish Nehra broke his thumb while fielding in the semifinal against Pakistan, for no fault of his.”

Ramji said that the players were given specific goals. “For instance, Sachin wanted to bring his body fat to sub-10%. In Chandigarh, when we tested them, it was sub-10%. Most maintained a very low level of body fat. Whatever the body fat each one was given, they were maintaining. Nobody complained because there was no soda, no fizz. They were in the right mind space so that they were able to translate it into on-field performances.”

The mood in the Indian camp was relaxed throughout the tournament, except for one instance in Chandigarh. Ramji narrates: “I always went to the ground early to set up warm-up drills. I had to ensure that lunch was laid out before the players arrived from the hotel. But on that day of the semifinal, due to security reasons, lunch was late in reaching the dressing room. I was getting jittery. Everyone was nervous. We were going to play against Pakistan. The Prime Ministers of both countries were at the venue. It was a big occasion. I tried to get some sandwiches before the players arrived. That also took some time. It was a very tough situation that I was put into for no fault of mine. Players were anxious. There was no food. Some of the players got a bit agitated. That is when Sachin spoke.

“I will never forget his golden words till my last breath. He said: ‘I know all of you are hungry, all of you are on the edge. We all know it is an important game, don’t show your hunger here, go and show your hunger on the field. That’s what we need to do. Let’s go for warm-up. It is not anybody’s fault that lunch was delayed. Let’s finish warm-up and come.’

“By the time the players finished warm up, lunch was ready. Those golden words motivated the team and got the best out of the players. Everybody kept quiet after what Sachin said. It was a huge sigh of relief for me.”

Ramji remembered how those words changed the mood of the players. “Immediately, I could perceive the change in the mood. And the warm up went off beautifully. The rest is history.” 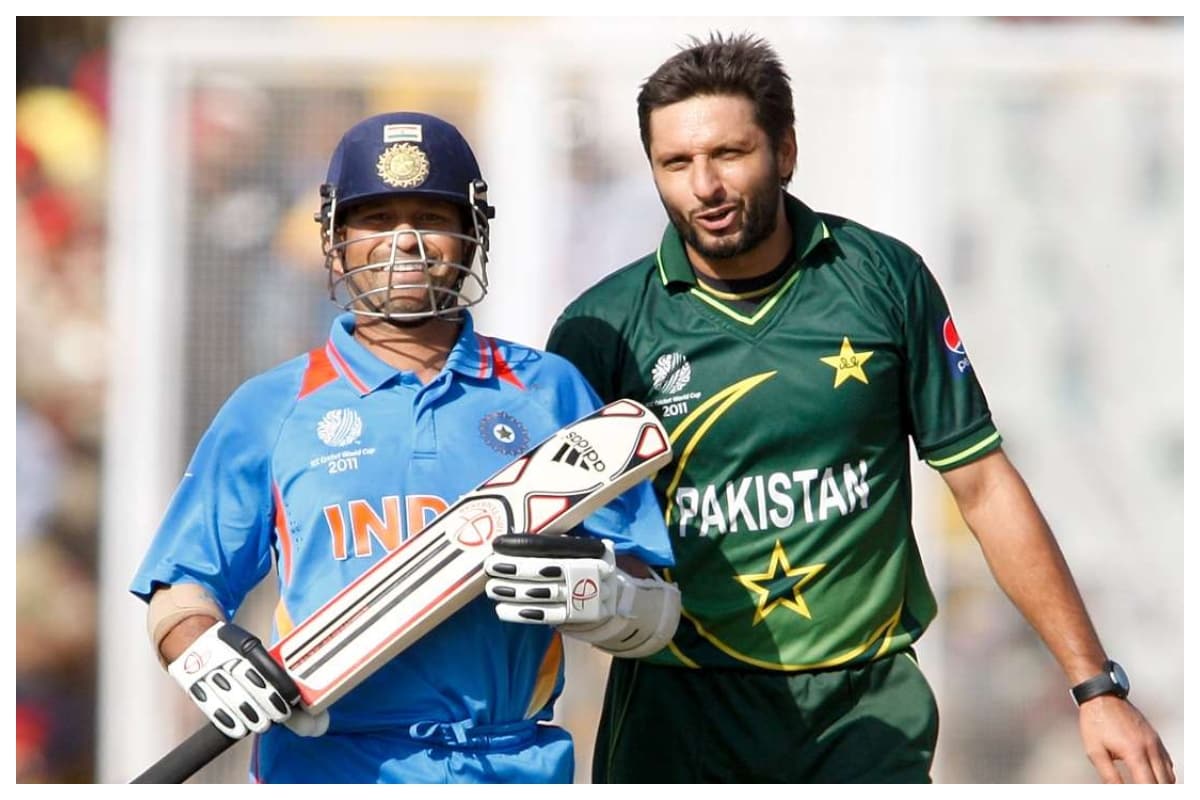 India successfully defended 260 to win by 29 runs with each of the five bowlers – Zaheer Khan, Ashish Nehra, Munaf Patel, Harbhajan Singh and Yuvraj Singh picking up two wickets apiece. For the record, Tendulkar made 85.

Ramji also remembered that the fielding fitness protocols were introduced before the Pakistan match. “Before the Pakistan match, we combined fitness and fielding, cutting angles and the like. We did six to seven drills for two days instead of making them run. We had three or four different stations – Paddy Upton was managing one, Gary was managing one, I was doing one and Nitin/Dhananjay were managing one. We rotated the players with sets of four-five from one station to another,” Ramji said

Ramji, like everybody else associated with the team then, did not have a clue about Yuvraj Singh’s health condition. “Frankly speaking, most of us were not aware of Yuvraj. Only one or two people close to him knew. Yuvi was doing very specific training sessions and it was more of recovery with a lot of stretching, yoga, lightweight training. He was highly disciplined at that point in time. We did not realise what he was going through. He was charged up throughout the tournament. It was mind over matter for Yuvi. He was simply brilliant. A lot of athletes can take a cue from his mental strength, and it is pertinent even today. His perseverance and grit, the will to win was tremendous, how he controlled mind over his body was absolutely fantastic,” Ramji said.

What about Captain Cool, MS Dhoni? Ramji said: “Dhoni was one who talked very less even during team meetings. What he used to say in the team meetings that lasted only two or three minutes was ‘go and enjoy yourself, express yourselves. He was always focussed on what he was doing even during warm-ups. Everyone was in their zone in the warm-up itself. Dhoni led from the front. He was not a hard-core gym person. But he was still there whenever there was a gym session.”