Australia beat England by five wickets at Southampton on Tuesday to regain top spot in the global Twenty20 rankings from their arch-rivals as the tourists ended the series with a consolation win. 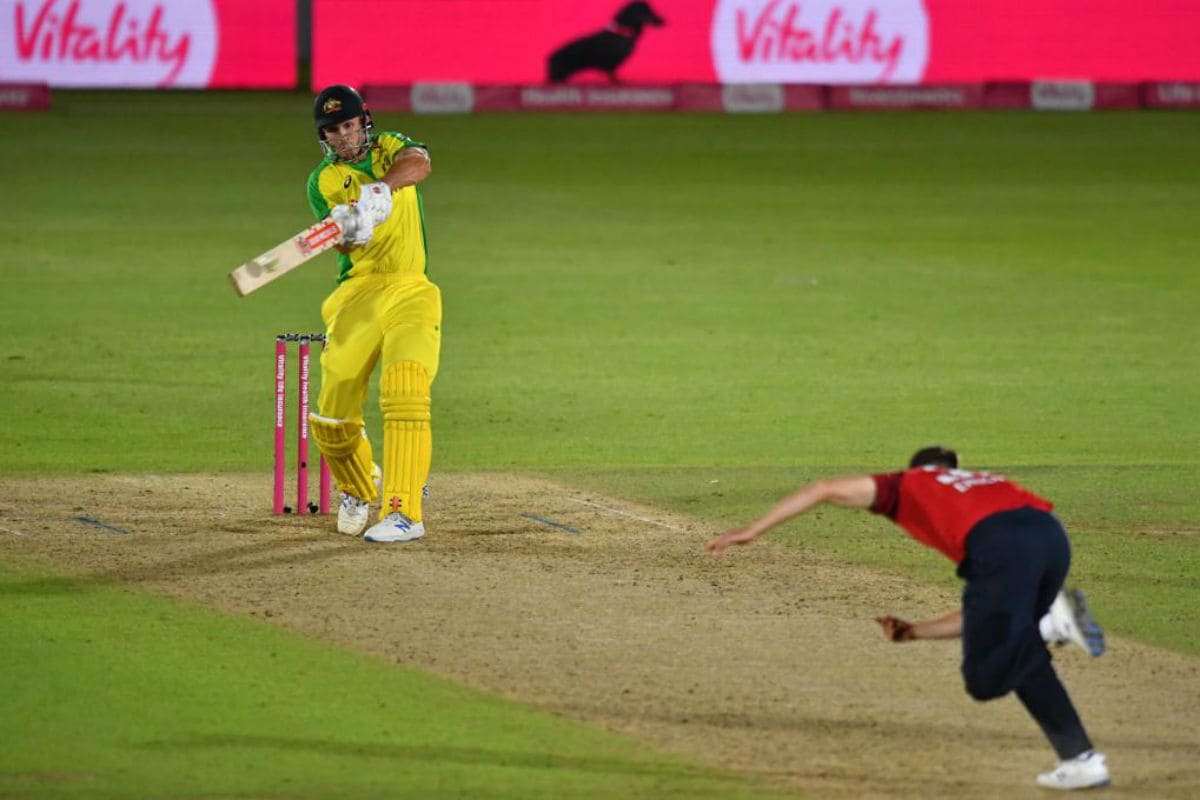 Australia beat England by five wickets at Southampton on Tuesday to regain top spot in the global Twenty20 rankings from their arch-rivals as the tourists ended the series with a consolation win.

But they suffered a collapse that saw them slump to 100-5, with leg-spinner Adil Rashid taking 3-21 including the key wickets of captain Aaron Finch (39) and star batsman Steve Smith (three).

But Mitchell Marsh (39 not out) and Ashton Agar (16 not out) saw them home with three balls to spare.

England, however, won a three-match series 2-1.

Jonny Bairstow, with 55, was the only England batsman to pass 30.

But England were without captain Eoin Morgan (dislocated finger) and fellow star batsman Jos Buttler, absent for personal reasons after making a match-winning 77 not out in a six-wicket victory on Sunday.

England, sent into bat on a used pitch, saw Tom Banton -- opening in place of Buttler -- caught behind for just two following a loose drive off Josh Hazlewood, one of three changes to Australia's side.

They were 53-2 when the in-form Dawid Malan holed out for 21 off Zampa.

But Zampa had his second wicket when Sam Billings, recalled in the absence of Buttler and Morgan, miscued a reverse sweep that was well caught by Australia captain Aaron Finch at slip.

However, Bairstow was out soon afterwards when he miscued a pull off Agar, with the bowler making good ground to take the catch.

Moeen made an attractive 23 before he hoisted Starc to deep midwicket where Steve Smith, fearful of touching the boundary rope and conceding a six, threw the ball up into the infield to complete a well-judged catch.

But with the recalled Joe Denly (29 not out) cutting a couple of boundaries, England took 16 runs off Kane Richardson in the 18th over.