England vs Pakistan 2020: James Anderson on the Cusp of Yet Another History-making Record; Azhar Ali, Joe Root in Pursuit of Personal Milestones

For James Anderson, it's a shot at history to become the first fast bowler to the mark, while the likes of Joe Root, Azhar Ali, Yashir Shah will be chasing personal milestones. 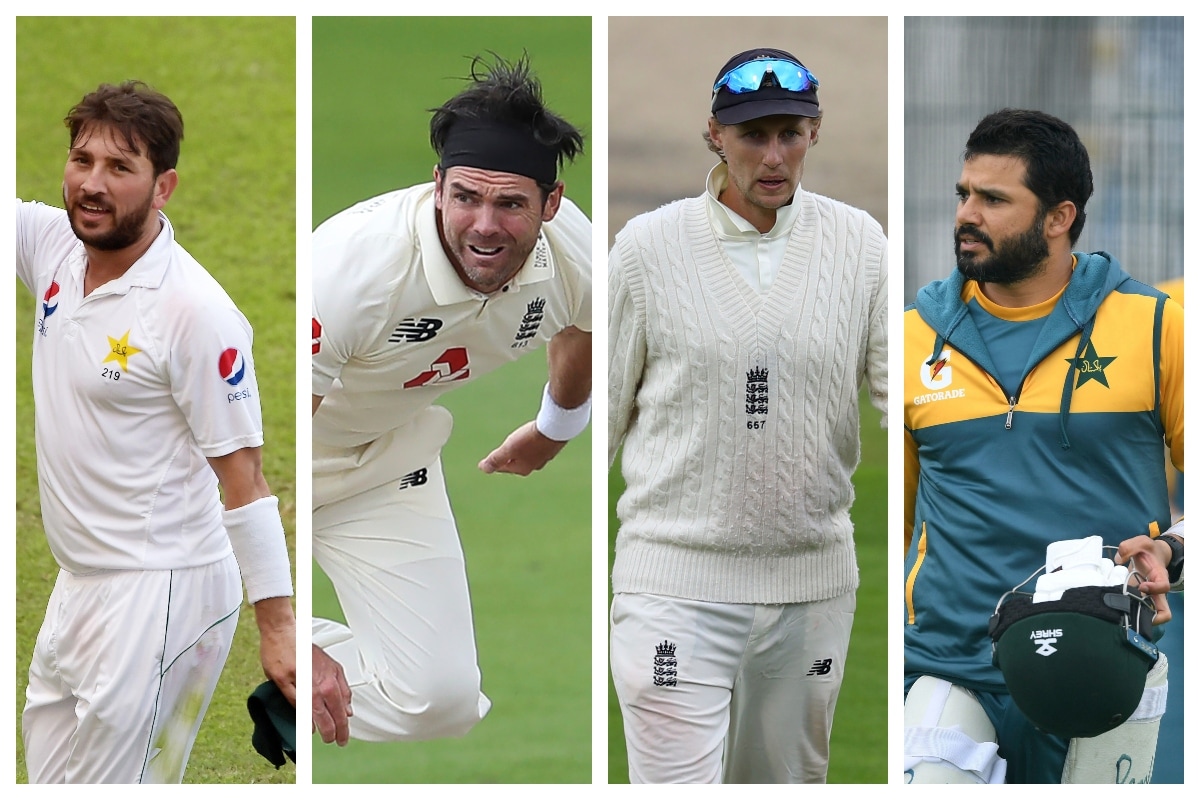 Stuart Broad became only the seventh bowler in history to claim 500 Test wickets during England vs West Indies series which concluded last month to join his teammate James Anderson in an elite club; however, Anderson is set to join an ever more elite and exclusive club - the six-hundred one as England host Pakistan for their second Test series since the resumption of cricket amid the Covid-19 pandemic. For Burnley-born, it's a shot at history to become the first fast bowler to the mark, while the likes of Joe Root, Azhar Ali, Yasir Shah will be chasing personal milestones.

Here's a look at the upcoming milestones and other insights to track during the England vs Pakistan 2020 three-match Test series at today at Manchester. 11: James Anderson is just 11 wickets away from reaching 600 Test wickets

Only three bowlers – all spinners – have taken 600-plus – Muttiah Muralitharan, Shane Warne and Anil Kumble Only 6 English batsmen have scored above 8000 runs in Test cricket.

ALSO READ: Abdul Qadir’s 82, Alastair Cook’s 1719, An Italian-Born Tops Batting Average & When The Two Ws Won The Match With The Bat At Lord’s

If Root reaches the milestone in this series he will definitely average above all of them! 81: Azhar Ali is just 81 runs away from becoming the 5th Pakistani batsman to reach the milestone of 6000 Test Runs

He will join an elite club comprising of Younis Khan, Javed Miandad, Inzamam-ul-Haq and Mohammad Yousuf

25: Mohammad Abbas is just 25 wickets away from reaching 100 Test wickets

Abbas has picked 75 wickets in 18 Tests at an average of 20.76. If he does reach the milestone in the series, he would be faster to 100 Test wickets than the likes of Dennis Lillee, Jeff Thomson, Allan Donald, Shane Warne, Glenn McGrath amongst other all-time greats. 23: Yasir Shah is just 23 wickets behind another leg-spinning legend from Pakistan

Shah has picked 213 wickets from just 39 Tests. He is 23 wickets behind the great Abdul Qadir who picked 236 wickets from 67 Tests.

1453: Ben Stokes is the leading run-getter in Test cricket since the beginning of 2019

68: Stuart Broad is the leading wicket-taker in Test cricket since the beginning of 2019