England paceman James Anderson cemented his place in cricket history by taking his 600th Test wicket as the rain-marred third and final Test against Pakistan at Southampton ended in a draw on Tuesday. 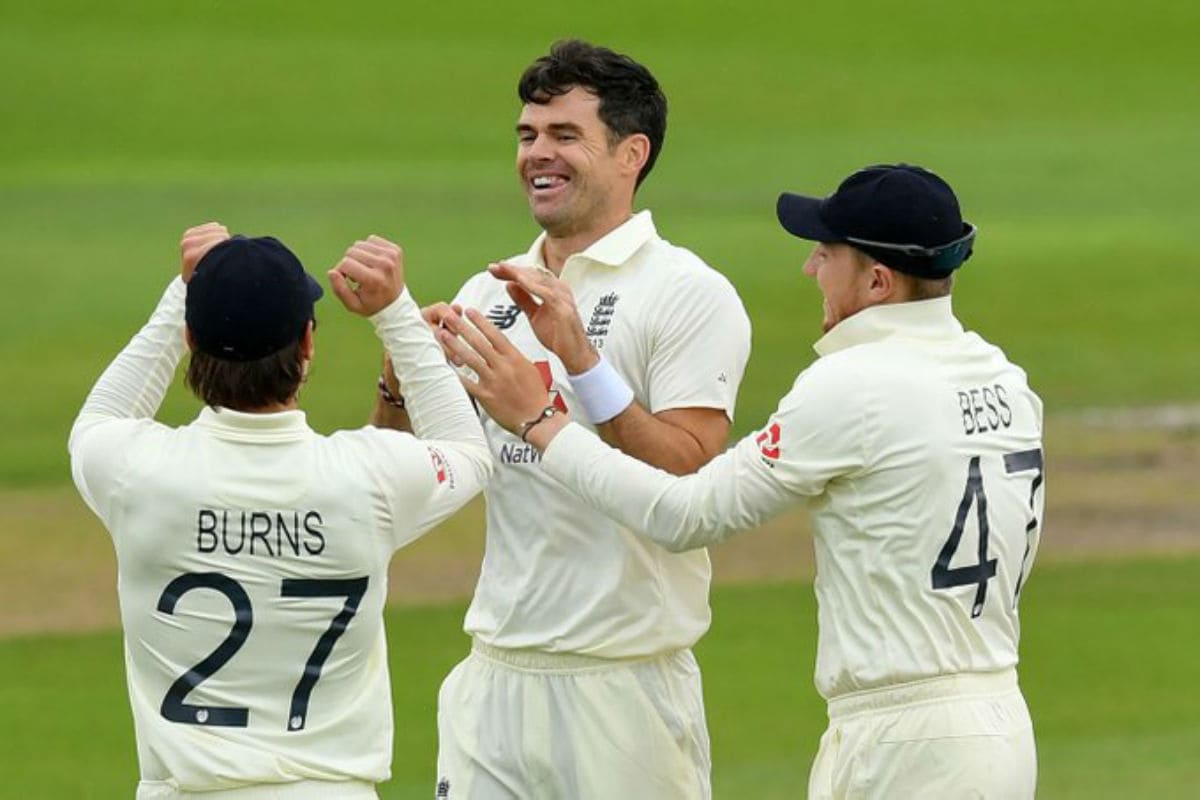 England paceman James Anderson cemented his place in cricket history by taking his 600th Test wicket as the rain-marred third and final Test against Pakistan at Southampton ended in a draw on Tuesday.

Fresh downpours prevented play on the last day until 1515 GMT, meaning England, who were 1-0 up in the series, did not have enough time to force a victory.

But despite the tame end to the series, all eyes were on Anderson and the 38-year-old did not disappoint, striking with his 14th ball of the day to reach the 600-wicket milestone.

Defying a docile pitch, he produced a rising delivery that moved away from Pakistan captain Azhar Ali, a first-innings century-maker, with England skipper Joe Root holding a head-high catch at first slip.

There was applause and cheers from Anderson's team-mates, with the nick off the shoulder of Azhar's bat clearly audible at an empty Ageas Bowl.

After Anderson struck, the remaining energy in the contest appeared to drain away and a draw was agreed as the match entered the last hour.

The result meant England secured their first series win over Pakistan in a decade.

Anderson is only the fourth bowler -- and first paceman -- to reach the mark of 600 Test wickets.

The only men ahead of him in the all-time Test list are three retired spinners -- Sri Lanka's Muttiah Muralitharan (800), Australia's Shane Warne (708) and India's Anil Kumble (619).

Kumble tweeted: "Congratulations @jimmy9 on your 600 wickets! Massive effort from a great fast bowler. Welcome to the club."

Former Australia paceman Glenn McGrath, whose tally of 563 wickets was passed by Anderson in 2018, told the BBC: "Absolutely incredible, I'm a big fan of Jimmy's. Just the fact he's still playing now, in his 156th Test match, which in itself is just incredible.

"The rigours, the stresses that fast bowlers put on their body day in day out, to turn around and front up and just work your backside off is just absolutely incredible."

But when it seemed the match was petering out, part-time spinner Root had Asad Shafiq caught by substitute fielder James Bracey at short leg to leave Pakistan 172-4.

The next over saw England take the new ball to suggest they might press for victory but after just one Stuart Broad delivery in the statutory last hour, a draw was agreed.

Zak Crawley, however, was named man of the match for his stunning 267 -- the 22-year-old Kent batsman's maiden Test century.

Together with Jos Buttler (152) he shared an England record fifth-wicket stand of 359.

Anderson had been left just one wicket shy of 600 as a combination of poor catching, bad weather and determined Pakistan batting thwarted him on Monday.

He might even have reached the landmark late on Sunday but he was frustrated by a clutch of dropped chances.

One of those at fault was long-time pace partner Broad, who paid tribute to his teammate on Tuesday.

"You can't really put it into words, it's just phenomenal," he said.

"It doesn't feel two minutes ago he broke Glenn McGrath's record at The Oval against India with such scenes of taking the final wicket to win the Test match.

"He has got better with age and is someone who has inspired me throughout my career, watching him. The last five years in particular, since leaving South Africa in 2016, he's just gone from strength to strength and he's a role model to follow for every English cricketer and young cricketer coming through."