England vs Pakistan 2020, 2nd Test at Southampton, Day 1, Highlights: As it Happened

There was a brief period when the rain stopped, but the covers are back on and it's not looking good at all. Big chance we won't get any more play tonight.

Some bad news here with the rain. Players trudge off once again as the covers are out quickly. Pakistan 126/5.

Babar and Mohammad Rizwan are in the middle and looking to rebuild after England struck some telling blows after the restart. Big task on their hands as the opposition bowlers are looking dangerous in helpful conditions. Broad and Woakes bowling in tandem with a full slip cordon. Pakistan are 126/5.

OUT! Another wicket for England as Chris Woakes has ensured Fawad Alam's comeback is one that he will not want to remember. Traps him LBW for 0. Pakistan are 120/5.

OUT! Broad has got into the act too and has Asad Shafiq caught in the slips by Dom Bess for 5. Pakistan 117/4 with Babar Azam in the middle.

Seven runs from the Sam Curran over for Pakistan which will help ease the pressure after a brilliant over by Stuart Broad where Babar Azam had a fair bit of difficulty picking the movement. Pakistan 133/3.

Here's another look at the dismissal of Abid Ali

Both Anderson and Curran are really getting the ball to talk here against Babar Azam and Asad Shafiq with some good shape. There's understandably some help from the conditions after the downpour. Pakistan are 104/3 and looking to rebuild.

OUT! Sam Curran's struck for England. He's got Abid Ali for 60, takes the outside edge and Rory Burns at second slip makes no mistake. Pakistan 102/3.

Babar Azam's getting a move on now!

The players have taken the field after a long rain delay and Abid Ali has picked off a couple of runs to complete his fifty! We are in for a long final session today.

So the news coming in is that they are preparing to start at 4pm local time which is half an hour from now. The rains have stopped but it all depends on the lights and it's pretty dark.

Rain! And this is not good news at all. The big cloud has made it's way over uninvited and the players have been forced off for another break. One gets the feeling this is going to much longer a stoppage than the previous one a short while ago. Pakistan are 85/2.

It's not looking too good!

OUT! England have struck here after Lunch and the captain Azhar Ali is gone. Edged straight to Rory Burns who makes no mistake and Anderson has his second wicket. Azhar gone for 20.

Anderson and Broad are bowling well in tandem here post lunch and both the Pakistan batsmen, Abid Ali and Azhar Ali, are negotiating the bowling so far. It's not been the most comfortable phase though. Pakistan 72/1.

After a flurry of dots and a few play and misses from the batsmen, Abid plays one with soft hands down to third man for a boundary. First one of the session. Pakistan 67/1.

The rain's stopped and the players are back out in the middle for the post lunch session. Can England make up for the dropped catches or will Pakistan make them pay?

It's raining and the players are forced off 10 minutes before the Lunch break. Pakistan will be happy with what they have so far at 62/1 with Azhar and Abid Ali in the middle. England though will be disappointed with the flurry of dropped catches in the first session.

Four! Anderson brings the length back a little and Azhar Ali is quick to pounce on it, punches it through the point region for a boundary. That's the half century partnership between them. Pakistan 56/1.

INJURY! Abid Ali is hit on the unmentionables by a Chris Woakes delivery, and the physio runs out. Lots of smiles around, but it's a painful blow! Pakistan 44-1. He's good to bat on.

Dropped! Abid Ali gets another life. Chris Woakes gets the edge, Rory Burns at second slip drops a sitter. It bounces out but he cannot hold on.

Lucky escape for Azhar Ali. The ball goes through his pad, hits the stumps but the bails don't fall off! The ball went very slowly to the bail.
Chris Woakes the unlucky bowler.

A bowling change as Sam Curran comes into the attack after 10 overs. Pakistan 25/1.

A small little partnership building, even as Broad and Anderson go about their business. Abid Ali has had a few nervous moments so far.

Dropped! Dom Sibley drops Abid Ali. Broad gets the edge, it flies to third slip but Sibley cannot hold on. How costly is that going to be? 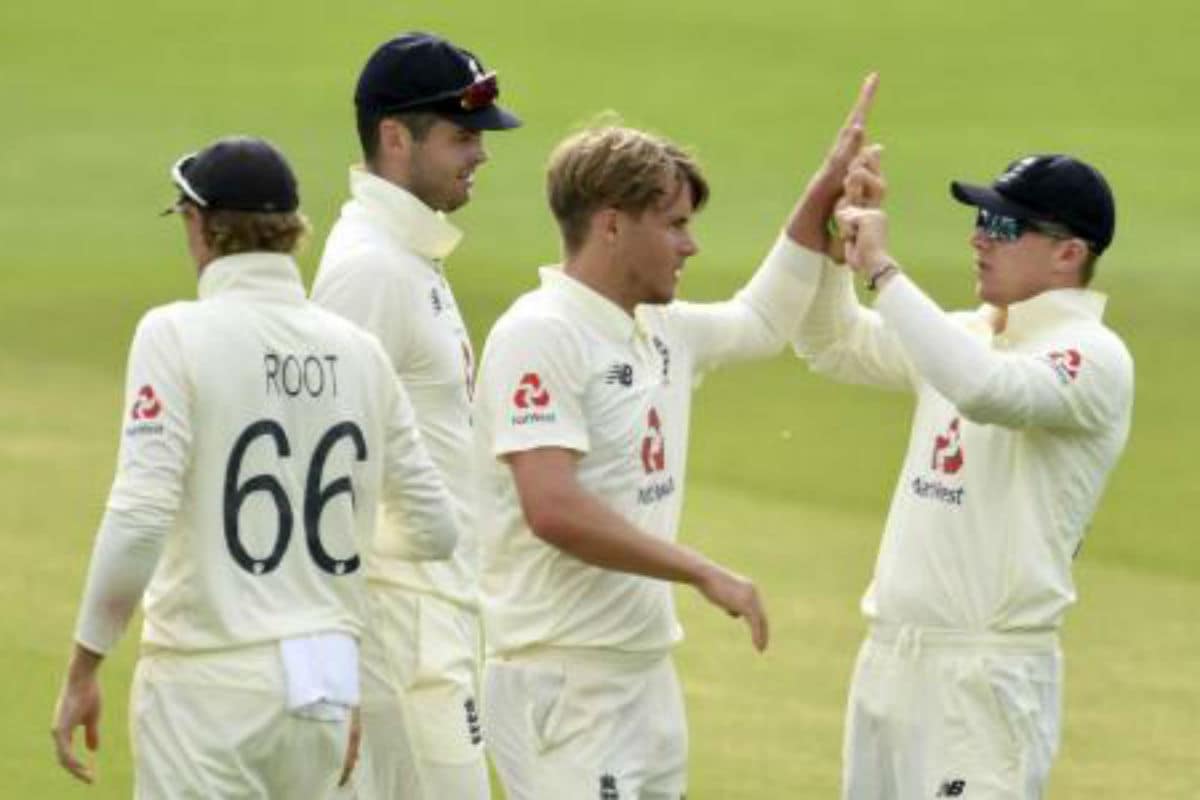 Seven runs from the Sam Curran over for Pakistan which will help ease the pressure after a brilliant over by Stuart Broad where Babar Azam had a fair bit of difficulty picking the movement. Pakistan 133/3.

England will look to seal back-to-back series wins when they take on Pakistan in the second Test of the ongoing three-match series at the Ageas Bowl in Southampton starting Thursday.

The hosts lead the series 1-0 following their thrilling three-wicket win in the first Test in Manchester. England were chasing 277 on the final day and slumped to 117 for 5 before Chris Woakes (84*) and Jos Buttler (75) made victory possible with a century stand. Pakistan were in the driver's seat for a large part of the game but losing crucial phases cost them the entire game.

Despite the loss, they will still believe they have it in them to bounce back given their decent record in England in recent tours, and their fight in the first Test.

For England, the one concern will be the absence of talismanic all-rounder Ben Stokes, who has flown to New Zealand for family reasons. Although, he didn't have the best of games in Manchester, England will miss him given he was beginning to return to bowling as well.

Stokes led England the last time they played in Southampton, in the first Test against West Indies. His absence now puts the onus on other players to step up, both with bat and ball.

Pakistan might well go into the game without changing their side, showing confidence in the young squad that played the first game. Coach Misbah-ul-Haq pointed to panic in the young bowling unit in the fourth innings in Manchester, and will hope they'd have learnt.

WHAT: England vs Pakistan 2nd Test

Stokes' absence means James Anderson might get another crack in the series. Nasser Hussain had called for Chris Woakes to play ahead of Anderson but now that Stokes is out, Anderson should get another crack. Anderson recently had to dismiss retirement rumours following an indifferent outing in the first Test.

"It's been a frustrating week for me personally," Anderson told reporters via videoconference. "I've not bowled very well and felt out of rhythm. For the first time in probably 10 years I got a little bit emotional on the field.

Pakistan could consider bringing pacer Sohail Khan, but Shadab Khan's value with the bat could help him hold on to his position. It won't be a surprise if Pakistan go unchanged.

"He is probably the best cricketer in the world at the moment, a game changer, and even if he does miss out with bat or ball, his aura on the pitch or slip catching still influences games" - Ollie Pope on Ben Stokes

"It's easy to curse yourself when you've lost. But, we should remember that we were right on top until pretty much the last session of the game. We will do our best to come back in this series, which I really believe this team is capable of doing" - Misbah