England paceman Jimmy Anderson was frustrated in his bid to reach 600 test wickets after seeing another catch spilled off his bowling on day four of the third and final test against Pakistan on Monday. 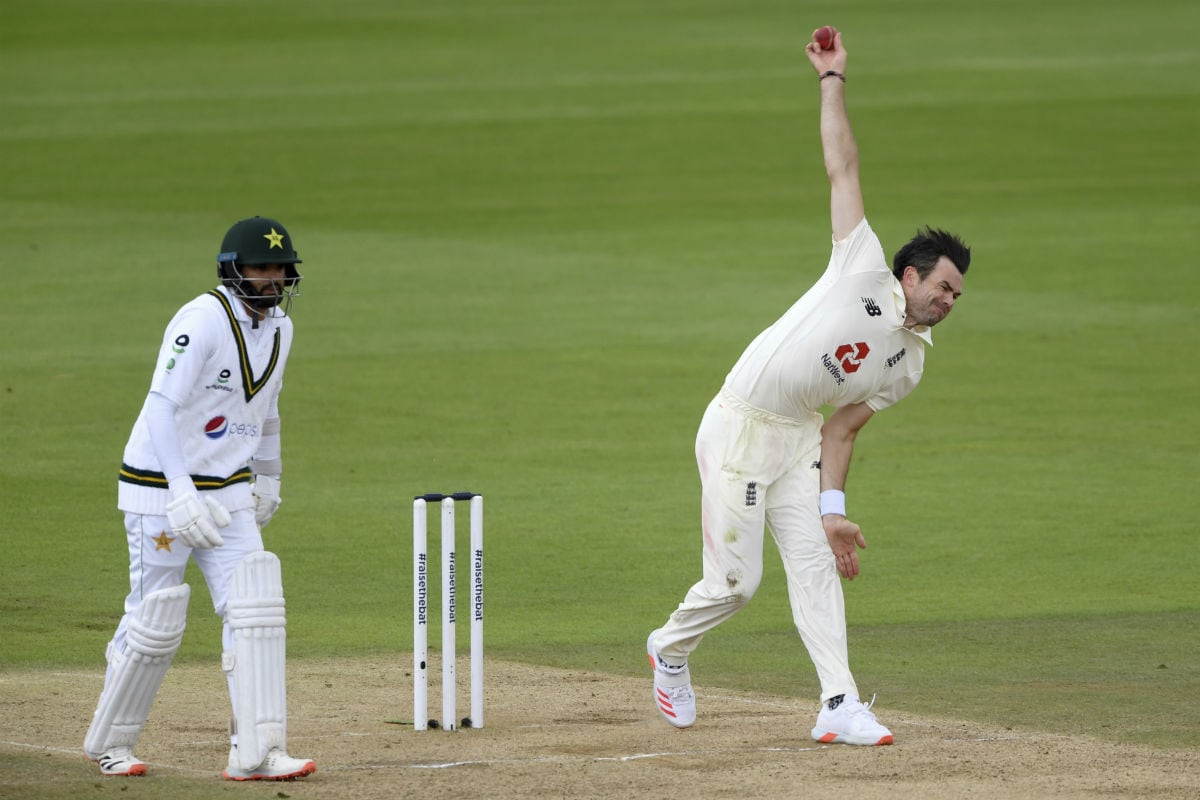 SOUTHAMPTON, England: England paceman Jimmy Anderson was stranded on 599 wickets as Pakistan took a giant step toward securing a draw in the third and final test with a disciplined batting display either side of a long rain break on Monday.

Anderson started Day 4 needing two wickets to become the first fast bowler to reach 600, and managed to take one that of Abid Ali (42) during a lengthy third session at the Rose Bowl.

However, fading light soon forced England to only deploy spin and eventually stopped play altogether, with Pakistan on 100-2 at stumps.

The tourists, who were asked to follow on after scoring 273 in their first innings in reply to England’s mammoth 583-8 declared, trailed by 210 runs with one day remaining. Tuesday’s weather is looking bleak, though, with rain forecast for much of the day in Southampton.

England appears destined to win the series, leading 1-0 after its three-wicket victory in the first test before the second match was drawn. It would clinch a first series win over Pakistan in 10 years, and a second series this summer after beating the West Indies 2-1 in July.

It remains to be seen if the 38-year-old Anderson gets another chance in this test to reach 600 wickets. He won’t want to miss this opportunity, with uncertainty over when England will play its next test because of the global pandemic.

Frustratingly for Anderson, another catch went down off his bowling, with wicketkeeper Jos Buttler shelling an easy chance of Shan Masood before lunch, which was taken early because of a heavy shower that delayed play for more than three hours.

There were three drops off Anderson in the space of 10 balls in Saturday’s final session.

Knowing a draw is the best they can hope for, Pakistan’s batsmen dug in and have gone along at just 1.78 runs per over.

Captain Azhar Ali, a century-maker in the first innings, was unbeaten on 29 and Babar Abam was on 4.