Jos Buttler admitted he thought he may have played his last Test after the England wicketkeeper atoned for a poor display with the gloves by starring with the bat in a three-wicket win over Pakistan at Old Trafford. 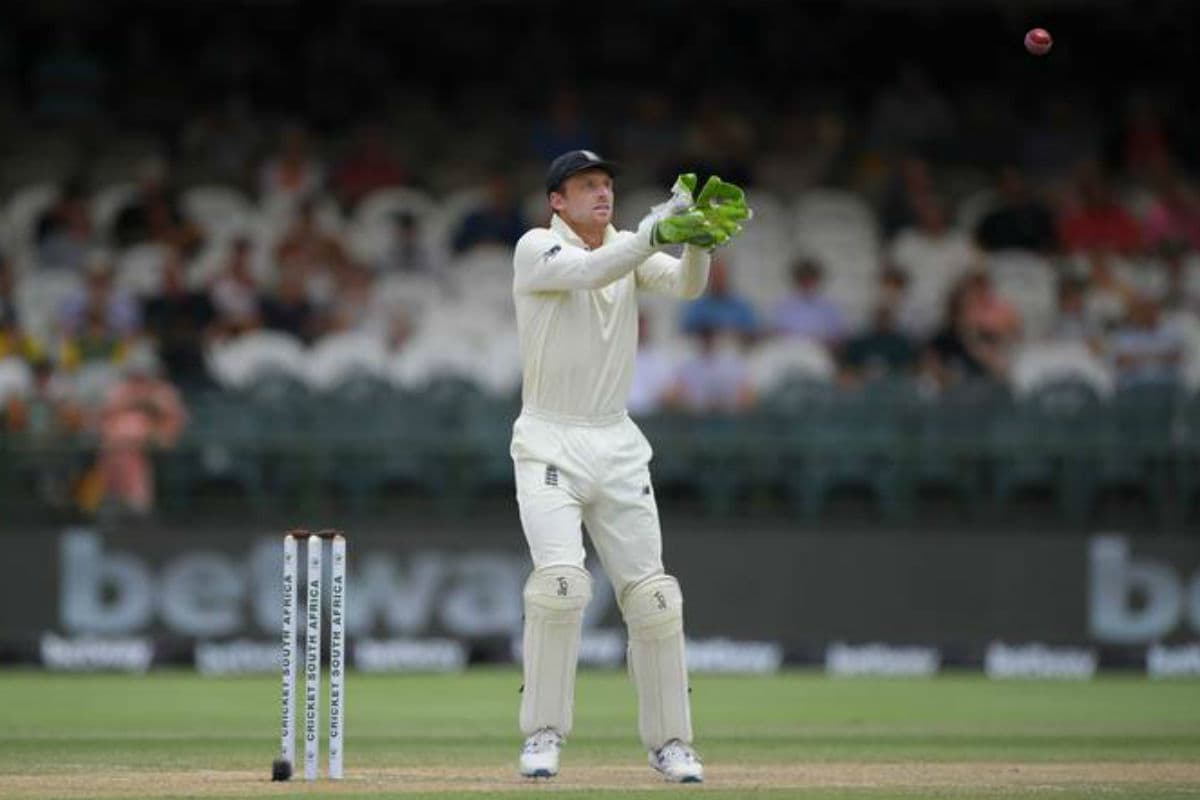 Jos Buttler admitted he thought he may have played his last Test after the England wicketkeeper atoned for a poor display with the gloves by starring with the bat in a three-wicket win over Pakistan at Old Trafford.

England had slumped to 117-5 chasing a stiff target of 277 on Saturday's fourth day. But a sixth-wicket stand of 139 between Buttler, who made 75 on his Lancashire home ground, and Chris Woakes, 84 not out, turned the tide. England, however, might not have been chasing so many had Buttler, whose Test-match keeping has long been a hot topic, not dropped Shan Masood and then missed a chance to stump him when the opener was on 45 during Pakistan's first innings.

Masood went on to make a Test-best 156 to help Pakistan establish a lead of over a hundred runs.

"I'm quite proud, if I take those chances, we'd have won two hours ago," Buttler told reporters.

"I'm very aware I didn't keep well, I missed some chances and at this level you can't afford to do that, no matter how many runs you score."

"Thoughts go through your head that if I don't score any runs, I've maybe played my last game.

"But you have to shut those out and go and play your game."

Both Buttler, a proven white-ball batsman, and Woakes were members of the England side that won the 50-over World Cup last year.

"We tried to break it down into a bit of a one-day chase, and scored at four an over, to take the second new ball out of the equation," said Buttler.

"We got some nice momentum going and had a good partnership."

Buttler was also having to contend with the fact that his father had been admitted to hospital on Friday, although he has since been discharged.

England captain Joe Root, a longstanding defender of Buttler's place in the Test side, was delighted to see him play a key innings in difficult circumstances.

"It says a huge amount about him as a person to carry all of that and be able to either use it, or park it," said Root. "Only he will know which way he did that.

"It shows how mentally strong he is more than anything, but also how skilful. One of Jos' big traits is when he's under pressure he puts in big performances. He can deal with high-pressure."

When Buttler was out for 75, England still needed 21 more runs to win.

Woakes, however, saw them home to a three-wicket victory when he edged a boundary off fast bowler Shaheen Afridi.

"In a way (being 117-5) made up our minds for us, it played into our hands in the end," said player of the match Woakes after compiling his highest Test score since an unbeaten century against India at Lord's two years ago.

When Woakes was left out of the first Test during England's 2-1 series win over the West Indies last month, it reinforced his reputation as a 'nearly man'.

But he has since been in fine form with the ball before Saturday's innings ended a modest run of scores with the bat at Test level.

"He's so, so consistent," said Root. "On and off the field he is someone you can always trust to deliver exactly what you want.

"Over the last couple of years he just keeps improving and he's almost on another level."

England's victory saw them halt a run of five successive defeats in the first Test of a series and put them 1-0 up in this three-match campaign ahead of next week's clash with Pakistan in Southampton.