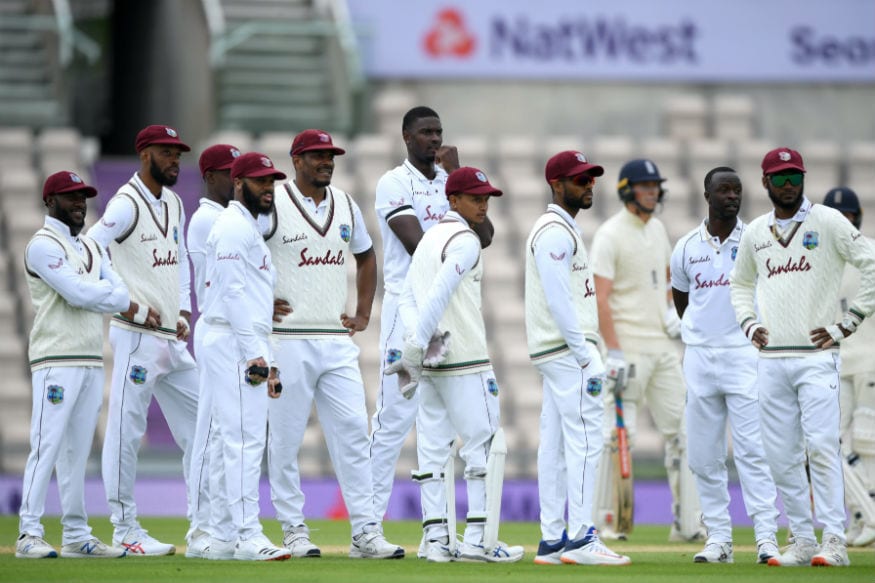 Not many might have expected West Indies to be 1-0 up going into the second Test against England, but that's the position the two teams are in in the three-Test series. It's England now who have to win the second one in Manchester if they are to win the series.

West Indies have always upped their game against England; they have now won four of their last six Tests against them. One more win, and they can pocket the Wisden series. What an achievement that will be for Jason Holder's men. West Indies last won in England in 1988.

The first Test was a perfect template for West Indies. Unleash their pacers on a fragile English line up, and then ensure the batsmen don't collapse. West Indies had in fact lost the toss in Southampton but captain Holder and Shannon Gabriel were on fire, bowling England out for 204.

Legend Brian Lara had said the key for West Indies in the series was going to be the batsmen. They have a strong bowling unit but for them to be effective, the batsmen had to score 300 at least. That's what they did, through a combined effort which gave them 318 in their first innings.

England improved their batting in the second innings and were on course for a match-saving or match-winning total but West Indies showed resilience in the final session of the fourth day, picking up five wickets to trigger a collapse from 249 for 3 to 278 for 8. It was a passage of play that Holder said was the most important for their victory.

The same resilience was on display with the bat too; they were struggling at 27 for 3, apart from having lost opener John Campbell to an injury. That's when Jermaine Blackwood, along with Roston Chase and Shane Dowrich, led a fightback to help them chase 200. As with most victories, West Indies had multiple performers although Gabriel (with 9 wickets in the game) was the Man of the Match.

The combined effort means it's West Indies who are a settled and confident unit going into the second Test while England have plenty to ponder. Their only concern will be Campbell's injury, and if he is fit, they should be unchanged.

The main question for England will be about their bowling line up. Stuart Broad was left out in Southampton as England went for outright pace in Jofra Archer and Mark Wood. Broad was clearly unhappy and even went public to express his feelings, saying he still had the passion to play. Stand-in captain Ben Stokes said he was glad with Broad's attitude as he still wanted to perform despite achieving so much.

Wood and Archer got two and three wickets in the Test respectively, with Archer getting all three in the second innings. He was the reason England made a fight of the 200-run defence - he contributed 23 runs in the second innings with the bat too - so it's unlikely England will leave him out.

England have maintained that the pacers' selection will be dependent on the pitch, so it will be interesting to see if they'll change that in Manchester. If Broad returns, it could be Wood who goes.

The other major and obvious change, which will only bolster them, is the return of captain Joe Root. The captain missed the first Test for the birth of his second child and is all set to replace Joe Denly, who made 18 and 29 in Southampton. Jos Buttler is under pressure as well, but he'll hold his position for now.

England will badly need his presence, both with the bat and on the field.

Ben Stokes: The England captain of the first Test threatened to take the game towards his side with bat and ball but was stopped by Windies. He scored 43 and 46 with the bat, and picked up 4 and 2 wickets in each innings. Now he's free of captaincy burden with Root back, and could express himself completely. He, after all, enjoys playing under pressure.

"I think Stuart handled himself very well during that interview, to be honest. What I did love about it, and subsequently the conversations I've had with him, is that passion. That drive is still there and to see that in someone who's done as much in the game as he has, I find very exciting to be honest. And Stuart still has a big role to play within this team. I've made that very clear to him" - England coach Chris Silverwood on Stuart Broad.

"John seems to be walking better...we will only know tomorrow...and so he looks like he will be fine. So we haven't thought about a replacement. I will see the wicket tomorrow and see if it is unchanged but everyone seems to be saying so/thinking so" - West Indies coach Phil Simmons on Campbell's injury.