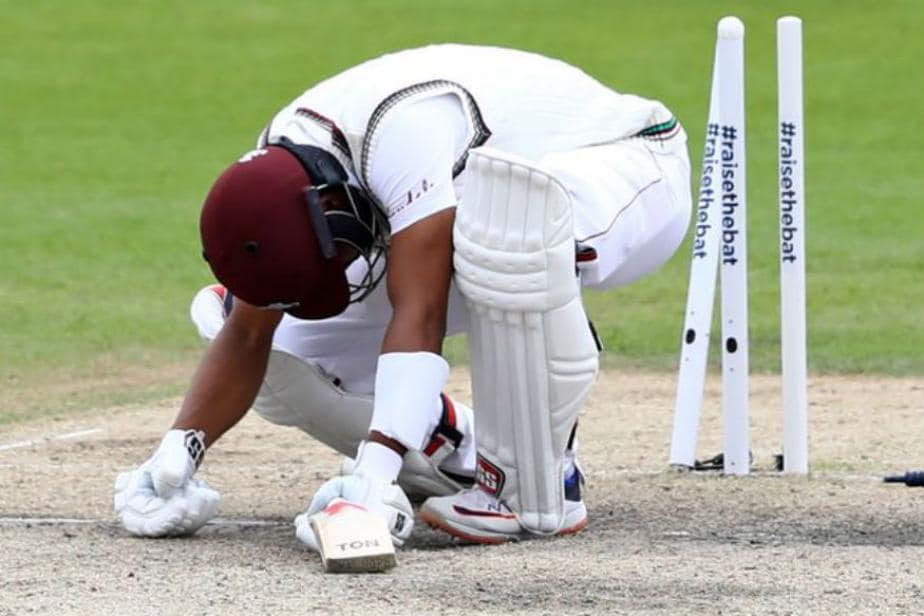 Hope hasn't lived up to his billing in the ongoing Test series in England as in four innings, he has registered scores of 16, 9, 25 and 7.

Legendary fast-bowler Curtly Ambrose feels West Indies run the risk of destroying Shai Hope if they continue to play him despite the batsman being completely out-of-sorts in the longest format.

Hope hasn't lived up to his billing in the ongoing Test series in England as in four innings, he has registered scores of 16, 9, 25 and 7.

Ambrose feels West Indies should rest Hope for the final Test, which is scheduled to be played at the Old Trafford beginning Friday, as further failure will only create more troubles for the right-hander.

"Something has gone terribly wrong for him since those two centuries at Headingley - he hasn't done anything really in Test cricket since then," Ambrose told Sky Sports.

"He is a much better player than what he is showing at the moment and is obviously very low on confidence.

"Maybe in the next game we should rest him so he can regain some confidence. If you keep playing him and he keeps failing, it will only get worse. You are going to destroy him if it continues like that," he added.

"I like Hope a lot. I think he is a fantastic player but this is not doing his confidence any good. Are West Indies going to go with him again? It's a tough call.

"I am inclined to give him another go but by bringing someone else in he could get totally away from the game for a little bit and get his mind together."

The three-Test series is evenly poised after West Indies won the first match in Southampton by four wickets and England levelled the series with a 113-run win in the second Test.